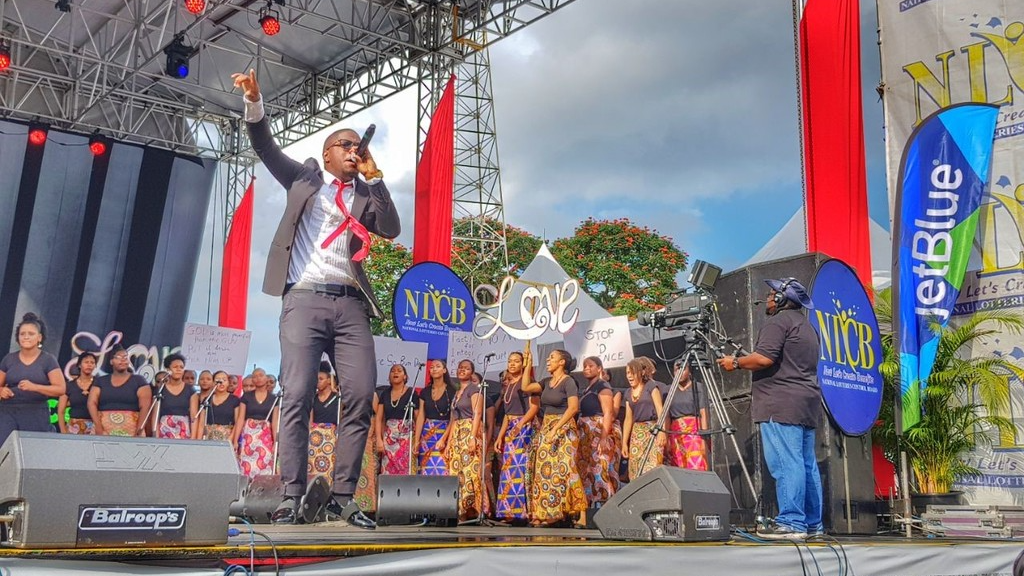 Aaron “Voice” St Louis has made it to the finals of the Calypso Monarch competition.

The reigning Soca Monarch made his debut in the Calypso competition on Saturday at the semi-final at Skinner Park.

He made obvious changes to the song to make the grade, adding an extra verse which helped to propel him to the final despite the microphones not working for his backup choir of girls from Bishop Anstey.

Voice was well-received by the famously tough skinner Park crowd but he has a fight for the title come Carnival Sunday.

Joanne “Tigress” Rowley is also in the finals. Singing ‘Rowley to Rowley’ she urged the Prime Minister to fire the Ministers who are not performing because the country is at a standstill. Normally the Skinner Park crowd, known for its pro-PNM stance, would show their disapproval for such a song with the infamous toilet paper but Tigress clearly was in sync with the temperature of the audience as she sang with passion to loud support. 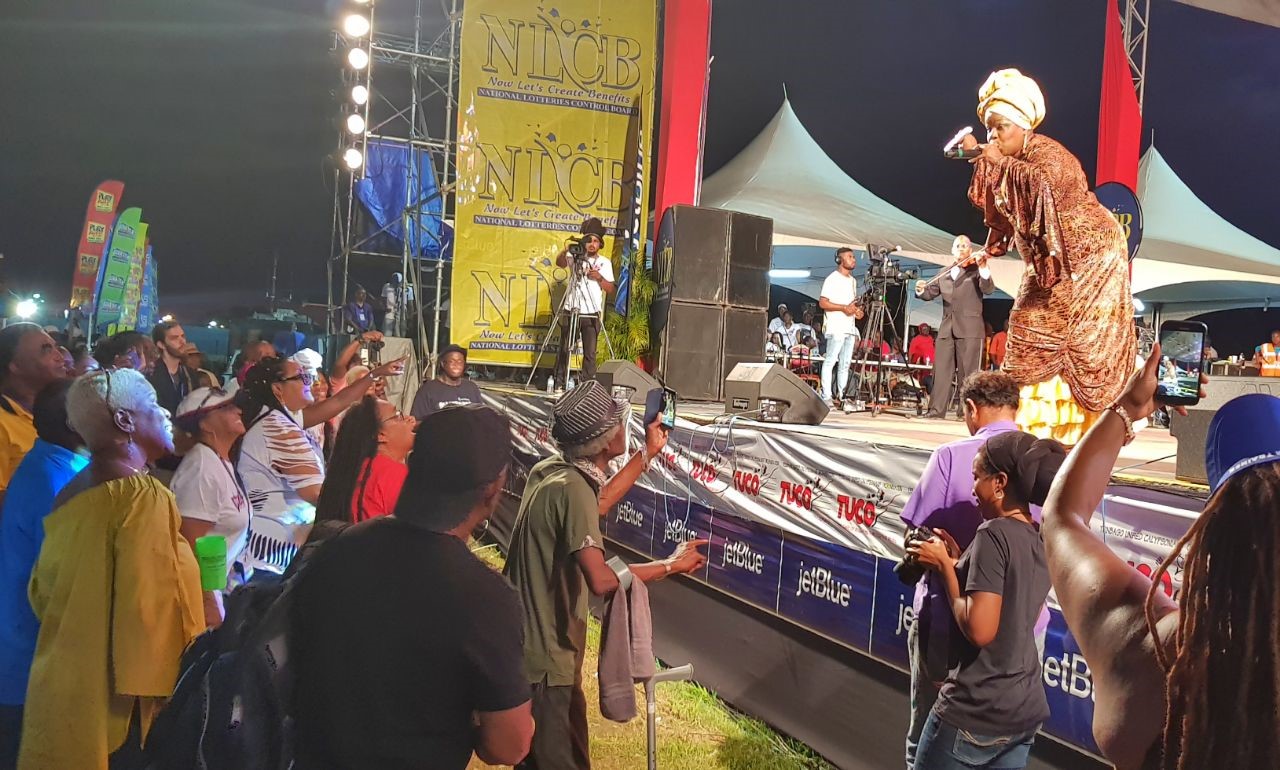 Cro Cro too, earned support from the crowd as he chastised the PNM Government for not supporting calypsonians despite their support for the party in 'Belated'.

Most of the themes on Saturday centred around the state of the country with many singers addressing the crime situation.

Singing Sandra, dressed in red with a sword, delivered a passionate and stirring rendition of ‘Power in Song’ which landed her a spot in the finals.

Urging the crowd to be the change they want to see, Helon Francis also grabbed a spot in the final along with Rondell Donawa who took a similar theme in his song “De Problem”.

Alana Sinnette was another powerful performer who appealed to deadbeat parents to take care of their children. Though his delivery was strong, Chucky Gordon could only land in the final as a reserve for his song “The Campaign Truck”. 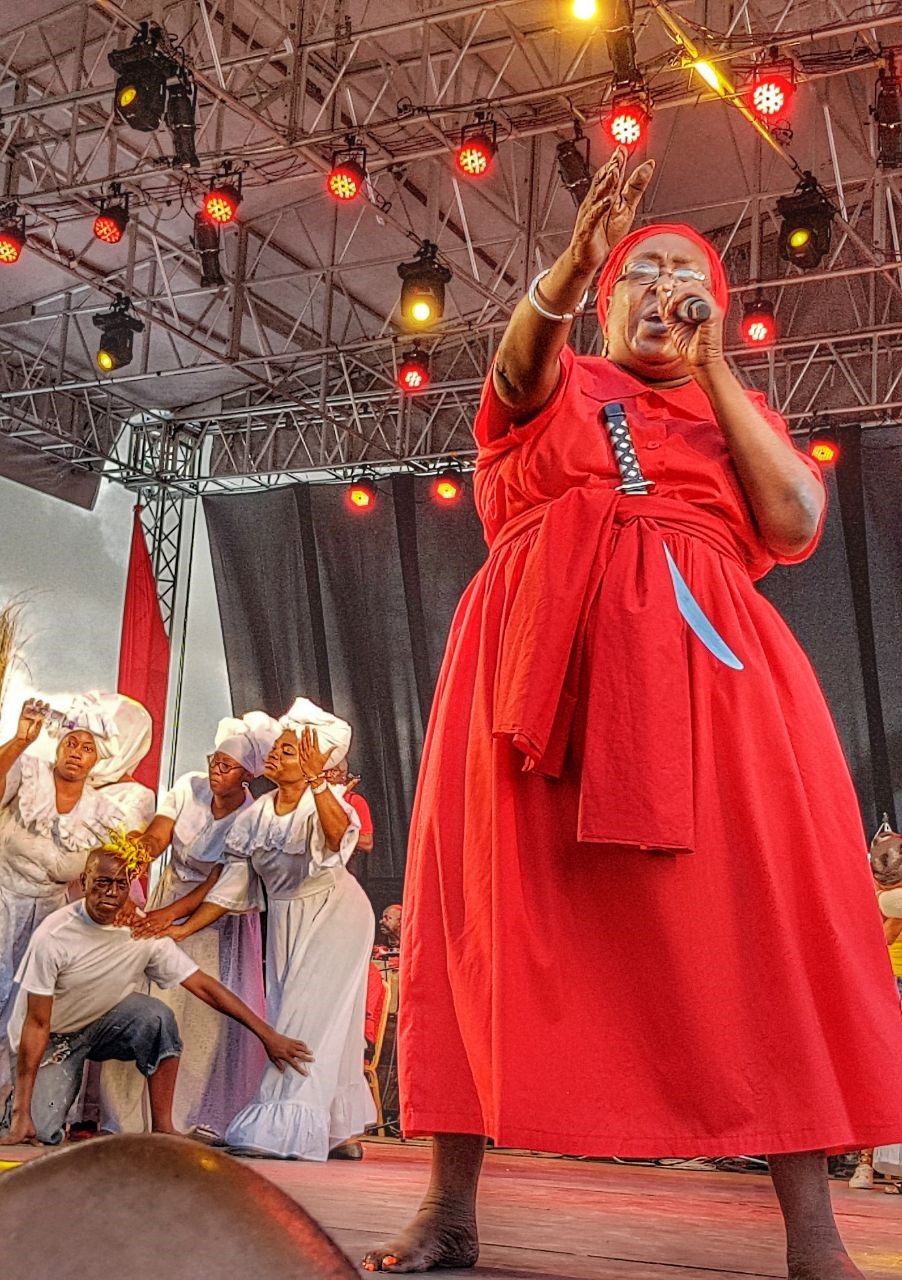 Calypso Fiesta got going at 12.25 pm and featured entertainment from Nailah Blackman, Patrice Roberts, Iwer George, Brass to the World and Machel Montano and Superblue.

In an Instagram post, Montano expressed joy at sharing the Fiesta stage with the man who dominated Skinner Park in his heyday.