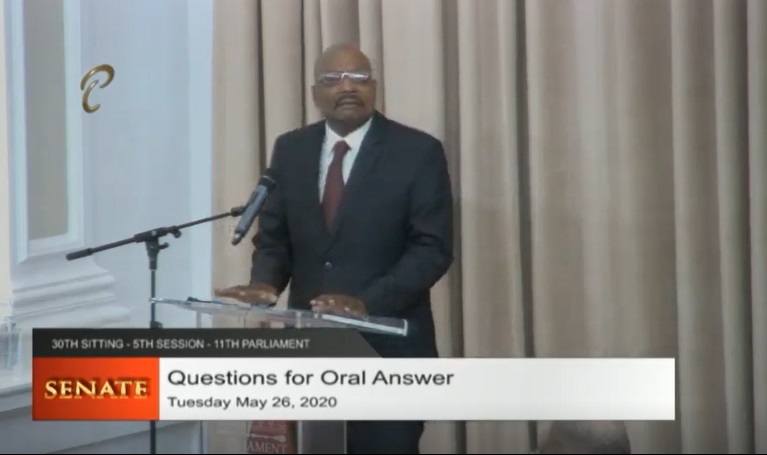 President of the Senate, Christine Kangaloo, found herself having to calm an irate Opposition Senator as the Urgent Questions of today’s Senate sitting was ongoing.

The Opposition’s Senator, Wade Mark, posed questions to the Prime Minister, on whether all contractors who worked on the Red House Restoration Project had been paid and whether any outstanding payments are required.

Answering in his capacity as Minister in the Office of the Prime Minister, Stuart Young quipped that not only had the government settled most of its payments regarding the project, but they did so with a much smaller budget than the previous administration.

“Under the previous administration, the then Speaker of the House chaired a committee with respect to the restoration of the Red House and sent up the potential cost for the restoration astronomically, including over $300 million, close to $400 million to be spent on a companion building. He gave out a contract for well over $100 million for the restoration of a roof that was never completed and that is the legacy of the former Speaker of the House of the previous administration,” Young said before directly responding to the question.

The Speaker of the House in the last administration was current Opposition Senator, Wade Mark.

Not taking kindly to the remarks, Mark attempted to defend himself and couldn’t help sending a few jabs the National Security Minster’s way, including calling him an 'old thief'.