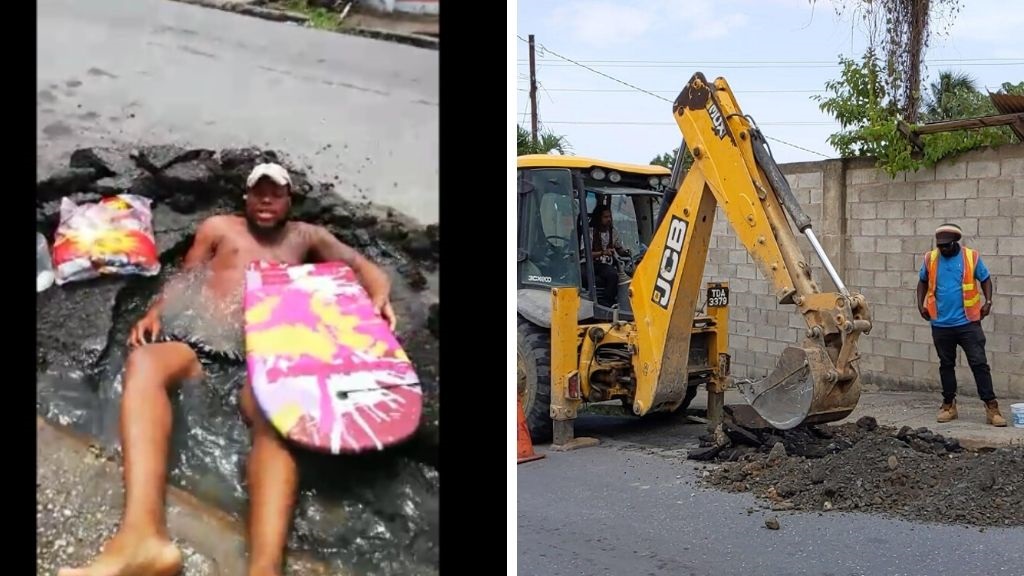 A viral video of a Carenage resident ‘bathing’ in a water-filled pothole resulted in a speedy response by the Water and Sewerage Authority (WASA) on Monday.

Carenage resident Dwayne Braithwaite, who sells pies in the area, told Loop News that he decided to do the video after a leaking pipe had been ongoing for weeks, causing a large pothole.

He said Carenage councillor Akeliah Glasgow had sent numerous videos and photos of the leak in an effort to get it repaired, however weeks went by without action. So he decided to devise a creative solution.

Braithwaite’s video of him wearing swim trunks and holding a bodyboard as he appeared to relax in the pothole, quickly went viral after it was shared on social media on Sunday.

Loop News visited the scene at Haig Street, Carenage on Monday, where workers were already at work repairing the pothole. 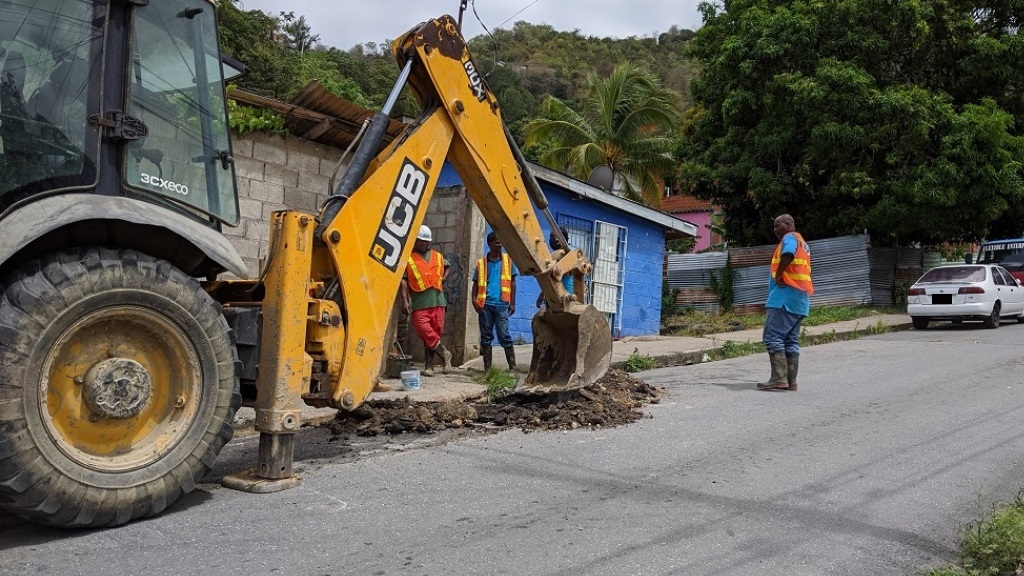 Braithwaite said however he was impressed with their speedy response and was happy that the repairs were underway.