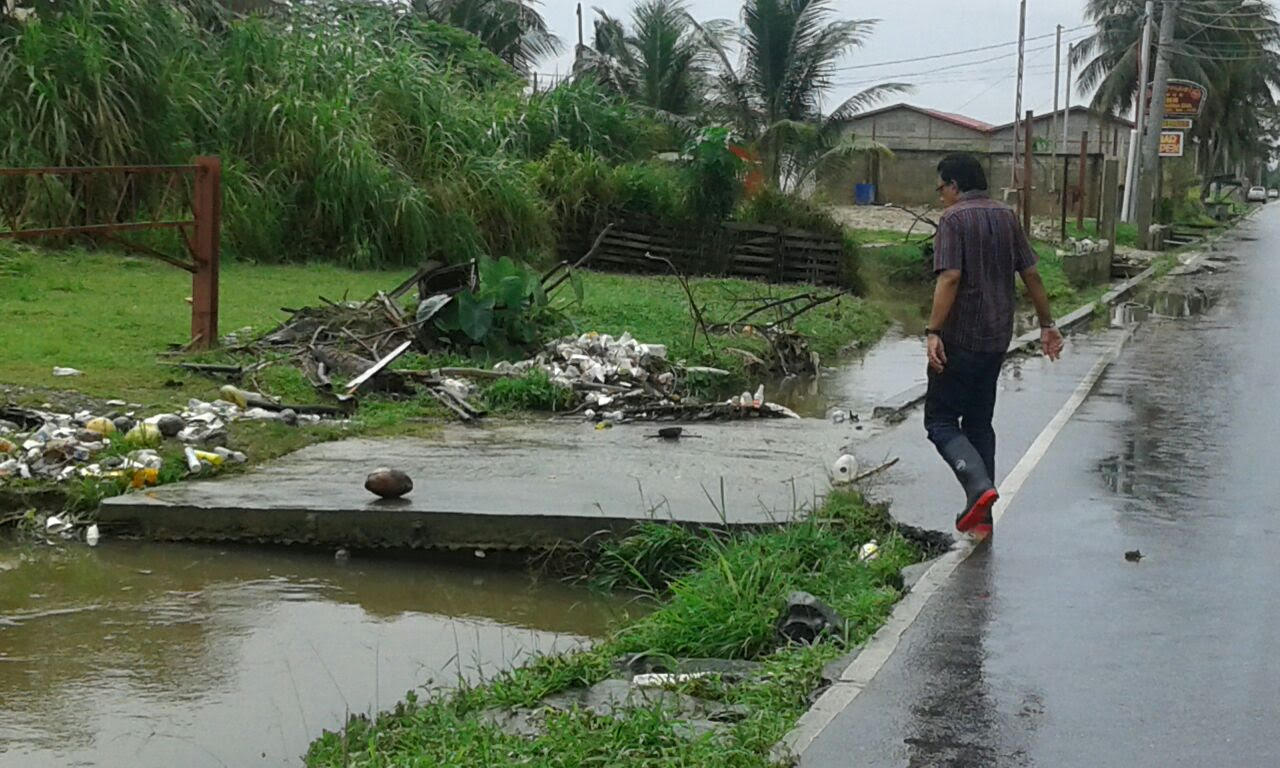 Minister of Rural Development and Local Government and Acting Minister of Works and Transport Haji Kazim Hosein is today urging citizens to report cases of illegal dumping to their respective Municipal Corporations.

This comes following the Minister’s tour of severely impacted areas such as Caroni, Woodland, Barrackpore, St. Helena, Piarco, Caparo, Sangre Grande and Rio Claro, during which it was established that illegal dumping of garbage into the major drains and waterways was one of the major contributors to flooding in these areas.


The Minister said, “Illegal dumping is a serious issue and we as a people must work together to stop persons from throwing garbage through their car windows, on the roads and especially in waterways. Improper disposal of debris is one of the leading causes of flooding as the garbage causes drains to become clogged and prevents the run-off of water. In order for this problem to be resolved, we must obey the laws of our country and properly dispose our garbage.”

The Ministry called on citizens to be mindful of the surroundings and make every effort to keep their communities and, by extension, the country clean by reporting illegal dumping.

Flooding to persist as rains continue