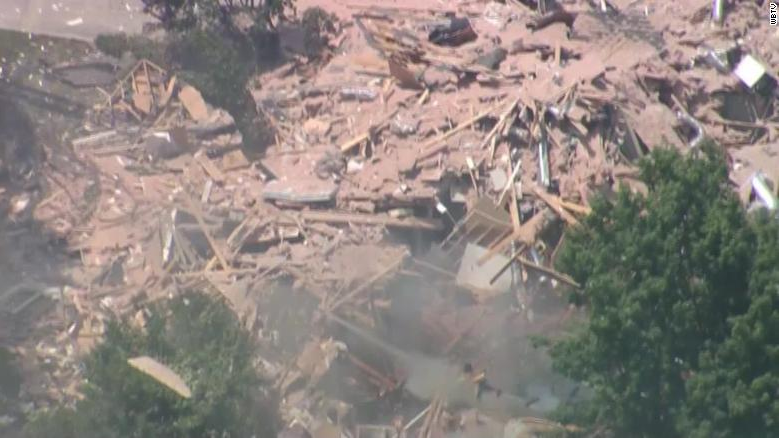 A woman has been found dead in the remains of a home levelled by a fire and explosion in Charlotte, North Carolina.

Aerial footage showed wood scattered at the site and debris blown into the adjacent street as well as into some surrounding trees and nearby yards.

Firefighters used a ladder truck to get closer to the flames that erupted from the explosion.

Charlotte Fire Department Battalion Chief Matt Westover told reporters that the woman's body was found Tuesday night, nearly seven hours after the blast was reported by a man trapped in the home.

Fire Chief Reginald Johnson said the man was able to tell operators where he was in the home but didn't say what caused the blast.

He was flown to a hospital with life-threatening injuries. Westover said the man also told operators where the woman may have been trapped. Westover declined to say if the woman was a resident of the home, citing the pending investigation.

Westover said other homes in the vicinity were safe, but some homes nearby received significant damage.

He also said more than 80 firefighters were at the scene and seven were treated for dehydration.