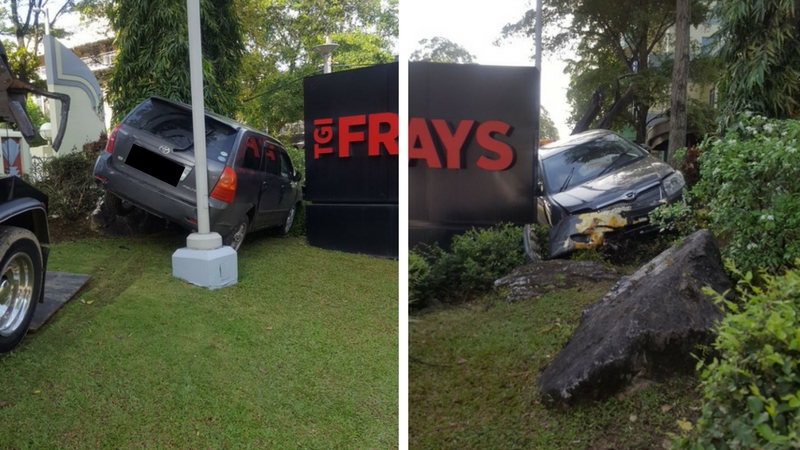 A 38-year-old woman is said to be warded at the Port of Spain General Hospital following injuries sustained on Wednesday morning after an accident occurred around the Queen’s Park Savannah.

According to police, at about 6:00 am Wednesday, the woman was said to be an occupant in a Nissan Juke motor vehicle which was proceeding in a westerly direction along the road, when upon reaching the vicinity of TGIFriday's, a Toyota hatchback car, came into contact with it.

The Juke flipped several times along the roadway, as a result, and the other vehicle crashed into the lawn of the building.

The police and emergency health services were notified and the 38-year-old woman was rushed for medical treatment. She sustained injuries to her neck and back.

The driver of the Toyota was said to be aiding police with their inquiries.

CCTV footage from the incident has since been recovered and is expected to be reviewed.