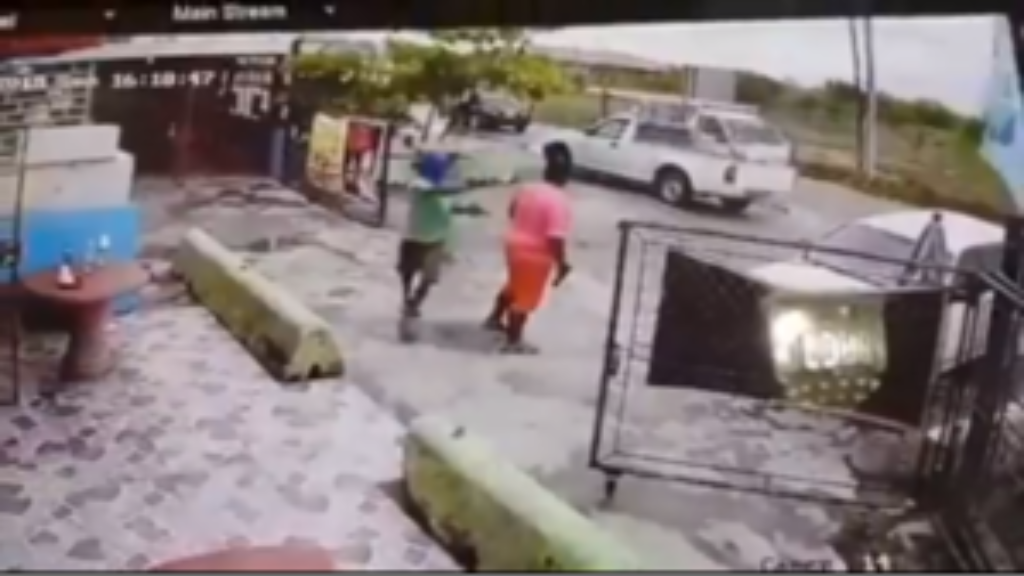 Central Division are searching for two men who tried to rob a bar in Carlsen Field on Sunday afternoon, leaving one woman injured.

According to police reports, the incident took place around 4:18 pm on Sunday, at a popular bar along Xeres Road, Carlsen Field, Chaguanas.

Part of the incident was recorded by CCTV footage.

The wounded woman has been identified as 38-year-old Sherry Goolcharan.

According to police reports, she was seated in a vehicle near the bar when she observed two men with jerseys over their faces run towards the establishment.

One of the men pointed a firearm at 21-year-old Nigel Samlal – who police have identified as being Goolcharan’s son.

The woman exited the vehicle and confronted the gunman.

There was said to be a struggle between the 21-year-old and one of the gunmen, who was then aided by his accomplice.

One shot was fired during the struggle, which hit Goolcharan in her right leg.

The armed assailants escaped, and the wounded woman was rushed for medical treatment.

The injury, LoopTT was told, is not life threatening.