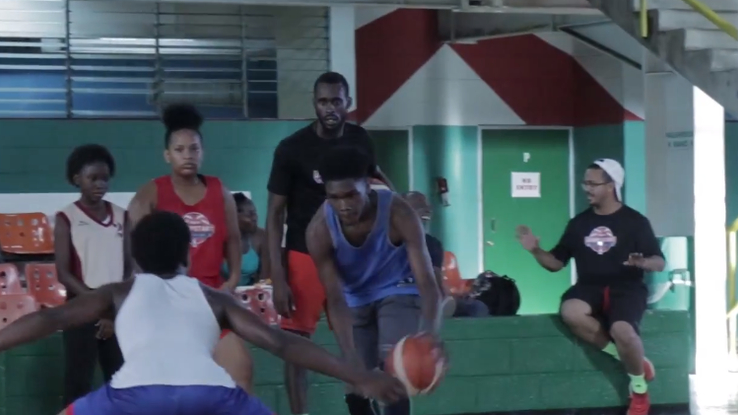 The penultimate Trinidadian leg of the Digicel Jumpstart Tryouts was held last Saturday at the Jean Pierre Complex and saw quite a large turnout of young boys alike vying for a spot to train with an NBA coach and watch an NBA match live.

2018 marks the fourth year that Digicel and the NBA have partnered to bring Jumpstart to the region for the fourth year, with camps in Turks & Caicos, Antigua and Barbuda, Barbados, Jamaica, Trinidad and Tobago, and for the first time, Haiti.

Four boys and girls each from Anguilla, Montserrat and St. Kitts & Nevis will join the camps in Antigua and Barbuda. This year’s camps feature an expanded format and a record 72 youth participants at each camp. The six camps will be divided into boys and girls divisions, each comprised of two age groups (U16 boys and girls, U14 boys and girls).

After tryouts, the players will go to a national camp with 72 kids on May 19 and 20, followed by the Elite Camp on July 14 and 15 which will include 42 children from the nine participating countries.

The eight best players will be selected to attend the clinic in the United States.

4 missing after plane crashed in Dominica