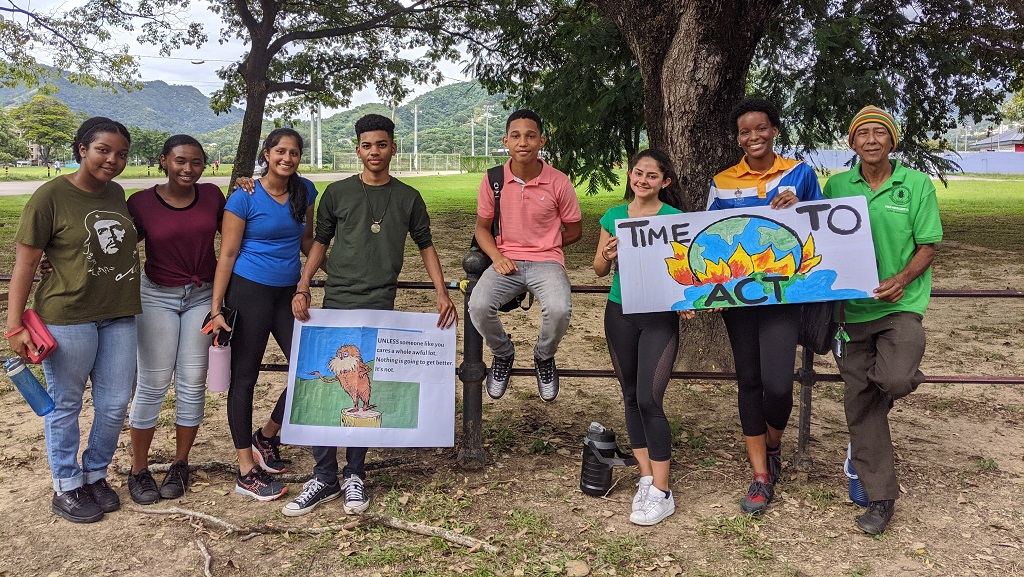 Many Trinidadians may ask, what does climate change have to do with us?

A lot, says the next generation of youngsters, who are speaking out on climate change, which has been shown to affect weather patterns, sea-level rise, temperature changes and more.

These teenagers, who have formed a group called the Eco Youth Movement, are continuing the fight by speaking out, and they are calling on others to join them.

The group is carrying on from the initiative started by teenager Tristan Morgan, who launched a youth march to coincide with the global movement started by young activist Greta Thunberg.

They're calling on government, business and all stakeholders to take action on climate change by preserving the country's ecosystems and natural defences.

As a Small Island Developing State (SID), Trinidad and Tobago stands to lose the most from climate change, through sea-level rise, hurricanes, temperature rise and loss of habitat for the country's food supplies.

Many of the initiatives which these students are calling for include a switch over to clean energy such as solar and wind power, cutting out disposables such as plastics and styrofoam, and protecting the country's natural resources such including its wetlands, forests and biodiversity.

To join the group or find out where their next event will be held, visit https://www.instagram.com/yem.tt/