Water subsiding in most flood-hit communities 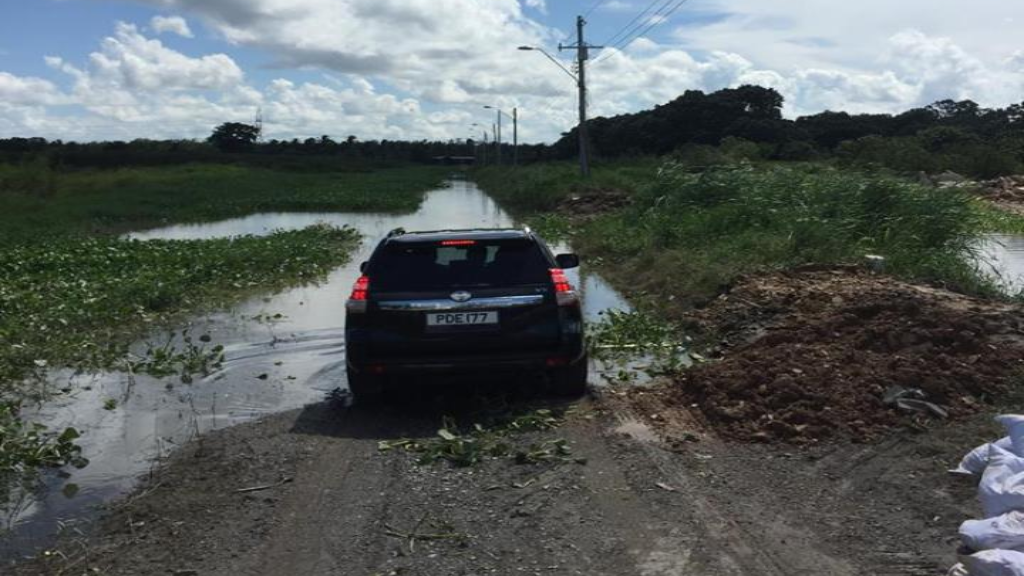 Access is slowly being restored to many communities hard-hit by flooding after heavy rains over the past week, as waters have begun subsiding in low lying areas.

The Ministry of Works and Transport has been out conducting assessments, while resources in the form of crews with the Unemployment Relief Programme (URP) and the Housing Development Corporation have been deployed to assist in cleanup exercises, clearing landslides and landslips.

Minister Rohan Sinanan toured several communities on Wednesday as efforts continue to return these areas to a state of normalcy.

Clearing of landslips and trimming of trees along the North Coast Road and the Lady Young Road are ongoing, while further assessments are expected on the latter, with a view to finding a permanent solution to land slippage along the stretch.

The Minister said there remain some challenges in some areas, Manzanilla to Mayaro being the main ones.

Sinanan said around 12 inches of water are still on the roadway limiting access to high vehicles only.

He noted that challenges also exist in El Socorro South and an area in Bamboo as they are low-lying areas. The Minister explained that waters must subside before they can be pumped out.

In a brief update on operations on Wednesday, the Ministry noted that cleanup exercises are ongoing in across several regions.

Bamboo #2 is cleared, while water is yet to subside in Bamboo #1.

Three pumps are working in El Socorro South where water is now receding.

Along the Paria Road, at the 69.1 km mark, clean up at the Bailey Bridge is ongoing.

There is still water along several parts of the Manzanilla Mayaro Road. At the 64km - 70 km water on roadway, 12 inches at deepest point. High vehicles and trucks passing.

Along the Maracas Royal Road, a culvert is still in need of repairs.

Clean up works continued at Madras Road, St Helena and Las Lomas, as well as in Heights of Aripo.

Sinanan noted a challenge in pumping water out of affected areas as he explained that the Ministry has to wait for these waters to subside before that work can begin.

"You cannot pump water out if the water levels in river are high and have breeched. It makes no sense running a pump if the water is higher than the land because you have to wait for river levels to drop," Sinanan said.

Extra pumps have been brought in to these areas to drain water quickly.

Meanwhile, Social Development Minister Cherrie-Ann Crichlow Cockburn at a conference on Wednesday said 1502 flood grant applications have been processed with payments expected to be made by Friday.

The Minister added that the communities in the six corporations affected by the devastating floods should begin returning to a state of normalcy as garbage collection is expected to resume as clean up continues.

Also at the conference was Agriculture Minister Clarence Rambharat who gave an update on how crops and livestock were affected by the heavy rains and floods.

He noted that there was no impact in the South and South West of Trinidad which allowed farmers in these areas to continue supplying the market, where affected areas were unable to produce.

Following initial assessments, Rambharat said all short crops, mostly crops on the ground were lost in the Orange Grove area.

In Maloney, flood waters have run off but there have been losses of paw paw and other crops.

He noted that while assessments are ongoing, significant losses are expected across Central Trinidad.

The Ministry suffered losses in El Carmen and the Praedial Larceny Squad even had to be rescued due to flooding.

He expressed concern over the situation in Mayaro, which has experienced catastrophic flooding for the fourth time in the last four years.

He said heavy rainfall leads to the swelling of the Poole River forcing water to course through Rio Claro, which is then dumped in Mafeking.

The Minister noted that this year has been the same, with high water levels restricting access to aid for residents affected by the flood.

He urged persons with cars and low vehicles not to venture into these waters as they can be deeper than they appear due to the dips and curves along the roadway.