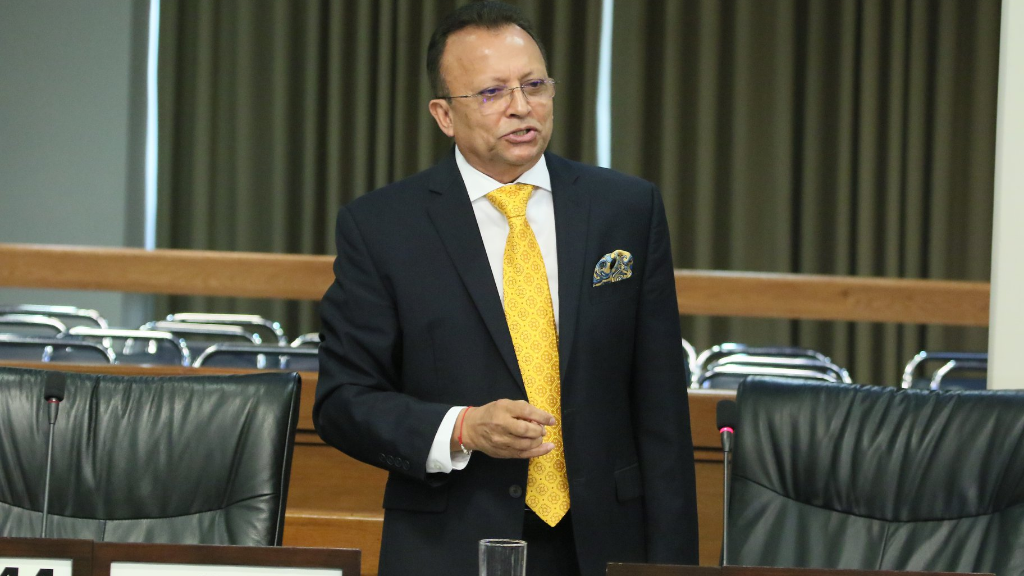 Chaguanas West MP Ganga Singh makes his contribution to the debate on The Appropriation (Financial Year - 2020) Bill, 2019. © 2019 Office of the Parliament.

Citizens should expect severe water shortages when the 2020 dry season rolls around.

Chaguanas West MP Ganga Singh put the country on notice as he criticised the Government for its management of the nation’s water supply.

He made the comment as he made his contribution to debate on the budget in the Parliament on Tuesday.

“Come the dry season, we are already flagging there is going to be a water problem in the country because of the lack of organised harvesting of the water, the lack of organised pipeline replacement and therefore, you have a Minister who only thinks about the money in hand and without thinking creatively as to how to solve the problem.”

Singh questioned what dry season management plan was in place to ensure citizens were not left without a water supply, especially with the observance of Divali drawing near.

“The country is in a parlour-state with water, Divali is approaching, the reservoirs are at their lowest levels and the Government is silent.”

Singh, who once served as Chief Executive Officer of the Water and Sewerage Authority (WASA), said it appeared that Government had no plan to manage the water supply.

He joked that Government was “waiting for water to fall from heaven” rather than putting measures in place in the event that the country faces a drought.

The passage of Tropical Storm Karen three weeks ago helped boost the levels of the Hillsborough Reservoir in Tobago, which is currently at full capacity – ahead of its long term average of 85.90 percent.

Many areas are still subject to water schedules, while water use restrictions implemented in January remain in effect for the foreseeable future.