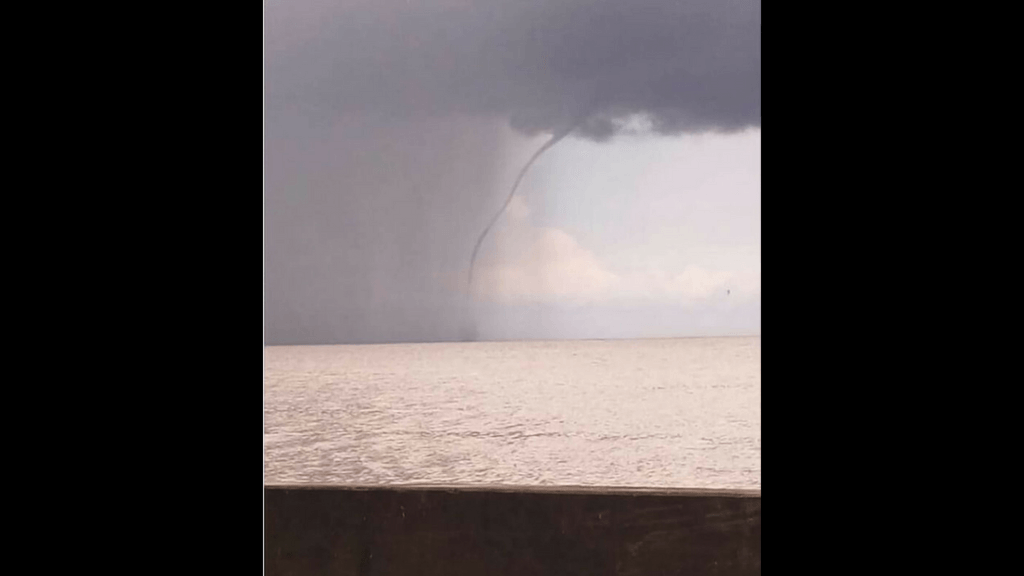 A waterspout has been spotted in the Gulf of Paria.

The funnel-shaped cloud which occurs over a body of water was sighted around 1 pm on Thursday by persons along Mosquito Creek, La Romaine.

The mini tornado lookalike is usually weak and small in size, and is described as a swirling column of air and water mist circulating over water.

Video used with permission from Adriel Samuel who captured the waterspout on camera from Palms Club, San Fernando.

Waterspouts, according to the US National Ocean Service, fall into two categories: fair weather waterspouts and tornadic waterspouts.

Tornadic waterspouts are tornadoes that form over water, or move from land to water. This type of waterspouts have the same characteristics as a land tornado and are associated with severe thunderstorms. They are often accompanied by high winds and seas, large hail, and frequent dangerous lightning.

Fair weather waterspouts usually form along the dark flat base of a line of developing cumulus clouds.