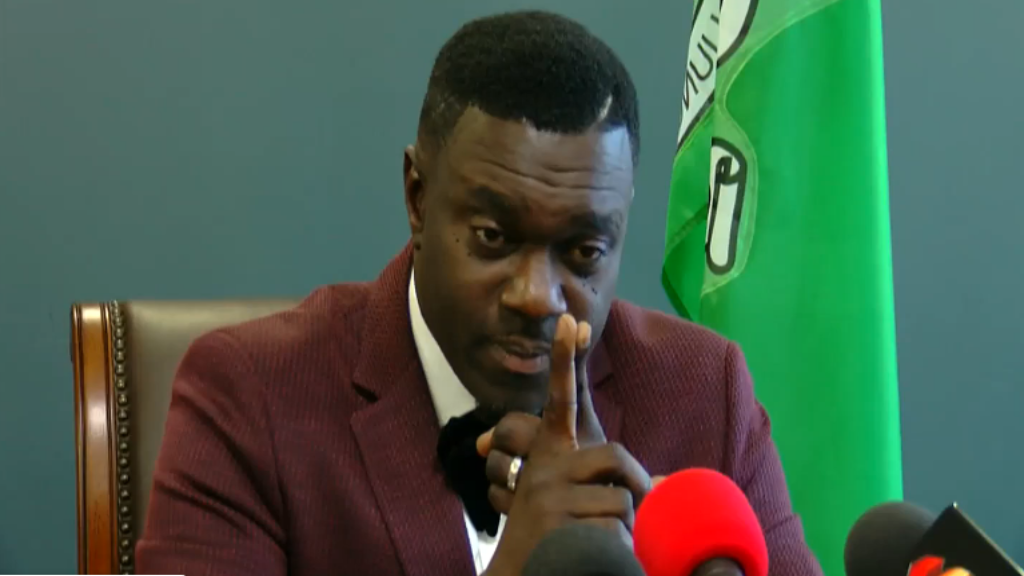 President of the Public Services Association (PSA) Watson Duke has announced that he will be relinquishing the position come November 30.

An emotional Duke made the announcement at a media conference called at the Association's headquarters on Monday.

The sedition-accused union leader said the decision had to be made so he could focus on serving the people of Tobago as Tobago House of Assembly (THA) Minority Leader.

Holding back tears, he told reporters present at the conference that he would be taking up his role as a politician full-time to do more for the people of Tobago "wherever they are struggling in life".

He also revealed that the party will be offering itself as an option for disenfranchised persons in Trinidad to cast their "vex votes" against the ruling People's National Movement (PNM) and the United National Congress (UNC).

"I will not be running for seats in Tobago alone. We have done our homework and the number of people vex is more than those happy. Seats will be waiting for those who want to cast a vex vote."

While he would not divulge which seats the party intended to contend, he assured that persons with reputable standing within the various constituencies to be contested will be offered and named in due course.

"Let's wait and see," he replied in response to questions on whether the PDP would contest all 41 seats in the upcoming elections.

Duke said more would be revealed at the launch of the party's 2020-2021 election campaign at the Magdalena Grand Beach and Golf Resort in Tobago on October 7.