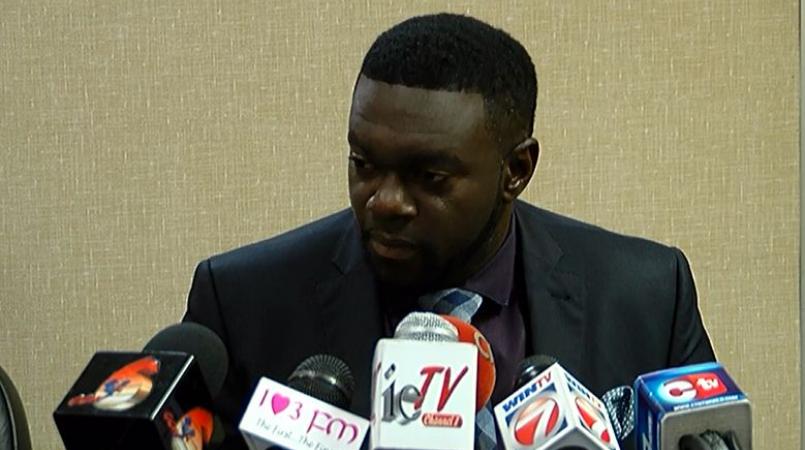 Head of the Progressive Democratic Patriots (PDP), Watson Duke, said he was not in agreement with the ‘method’ being promoted by a new Tobago coalition party called ‘One Voice’.

Duke’s comments come after an announcement on Sunday that three political parties - the Platform of Truth (TPT), Tobago Forwards (TF) and Tobago Organisation of the People (TOP) – met on Sunday to discuss uniting to improve issues affecting Tobago.

Speaking on Wednesday at a media briefing, Duke said he met party leaders Christlyn Moore (Tobago Forwards), Ashworth Jack (Organisation of the People) and Hochoy Charles (Platform of Truth) in January, and while he agreed that the People’s National Movement (PNM) should be ousted from Tobago, he differed from them on the method used.

He said although he agreed with the idea of uniting to rid Tobago of the PNM, he referred to a disagreement over the formula.

“The PNM has reigned over Tobago for over 20 years and it has been anything but good and productive. So it is important to get them out.  However when I spoke to Mr Charles, I said I want to work together…I said the same thing to Ashford Jack and Christlyn Moore. They all agreed with the idea of working together but the formula is what there seems to be some disagreement on.”

“I maintain they are all my friends, I have great respect for them, I believe they have all contributed to Tobago.”

“All we want to do is listen to the people of Tobago, find out what they need…and then we will look for a vehicle.”

“I was appalled…how could you give a birth to a child and based on the direction the child takes you then decide to name the child…that to me is not what parents do, parents name a child and try to train the child in a particular direction….so we had a difference of opinion on that,” he said.

He also made a biblical reference to new wine being poured into old wine skins, then invited the party members to join the PDP.

“The PDP consider ourselves to be new wine…and if they would put it into any bottles then let’s put it into the newest bottle that is available,"

“Let that one voice be the PDP voice…there is room for everyone and we welcome them,” he said.

Watson added his party has already launched its campaign, adding that the people of Tobago are ready to ‘defeat the PNM’.

“There’s no need for us to treat a campaign as an occasion, our campaign is our life…we are on a lifelong campaign. That’s what the PNM does, turn off and turn on campaigns, we don’t."

“I believe that they mean well however they need to get their formula correct. Those who subscribe to the idea to beat the PNM…they need to come together…that’s an old idea. When the people are ready, they will defeat the PNM.

“I can tell you, from Pigeon Peak to Pigeon Point, people are ready to defeat the PNM and the PNM would begin to lose…they will lose the THA (Tobago House of Assembly) in January 2021. We are ready, the people of Tobago are ready,” he said.

Tobago to be featured on National Geographic Traveller