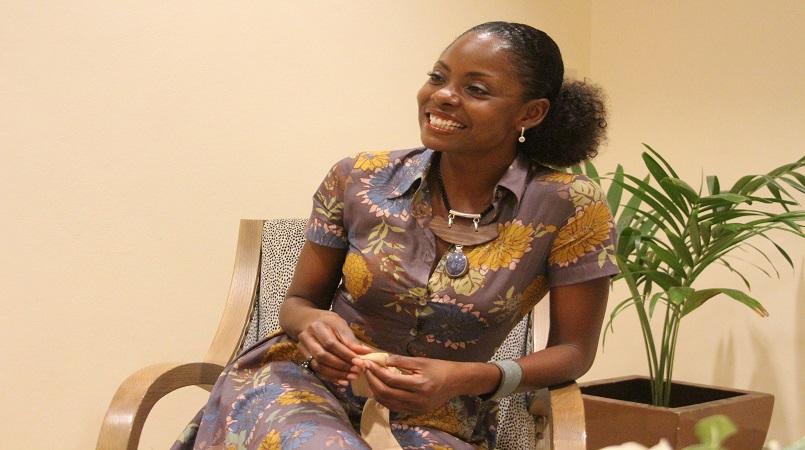 Wendy Fitzwilliam has guided the popular TV show, Caribbean’s Next Top Model, into what is expected to be a dynamic third season, having now refined and refreshed the programme.

Fitzwilliam, who is a former Miss Universe, is indeed the quintessential centerpiece of the show, having won the ultimate modeling contest, qualified as a lawyer, worked as a media professional, served as a U.N. Ambassador and is a mother. She is undoubtedly a woman of the world.  Who better to guide and impart wisdom to the Caribbean’s next generation of modeling talent?

She took time out to speak with Loop News about what viewers can expect from the upcoming season. “We are now into our third season of the show and shot this one in Grenada at the Rex Resort. We took in Mango Bay and covered the entire island. The girls stayed at a villa in Fort Jeudy. We wanted to introduce specific aspects of Grenadian culture and highlight what many people do not know about this beautiful country. This time we incorporated a particular challenge that all West Indians are supposed to know but I won’t be sharing that with you!”

Fitzwilliam notes that this season, most of the girls were very focused, particularly from the semi- final stages (From the first 17 to the 14 that moved into the house) making it tough for the judges to arrive at decisions. “This season the girls really stepped their game up. I have introduced a new judge called Socrates McKinney who is from the Dominican Republic. He is as witty and funny as they come but most importantly he has helped to usher in the careers of a number of young models from the Dominican Republic. Two of his girls featured in Fashion Week in September and October of last year, walking the catwalks of Chanel and Givenchy.”

Fitzwilliam has garnered an understanding of the fashion industry and is well regarded among its operators. The former muse of fashion designer Meiling can call upon many industry luminaries to add considerable prestige to Caribbean’s Next Top Model, and indeed she has done so.

Ace Australian photographer Pedro Virgil makes a return to the show and this year’s special guest judges includes Trinidadian top model Teresa Lourenco who has featured in a Lenny Kravitz video and is recognized as the face of Louis Vuitton.

“This year, there are a lot of Jamaicans in the show and Jamaica will be pleased with their performances overall. The models on the show are both professionals and amateurs. We do castings via our website. We do four (territories) per season in market castings. Our castings have included, Jamaica, Trinidad, Cayman, Barbados and St Lucia. There is an online team on the ground that assesses the girls who register via the internet. This season saw about six hundred girls applying. In season 2 we had to assess a couple of thousand applicants whereas in Season 1 we made our way through around four hundred applicants,” said Fitzwilliam.

She further explained that the evaluation process is computerized and takes about two weeks. The basic criteria is very simple and the aim is to get down to 50 girls. Once down to that figure, Wendy Fitzwilliam and her team conduct an analysis of the girls, who are then whittled down to 30 . These candidates have to then engage in psychometric tests, which sees that number reduced to the final 17. Fitzwilliam gets seriously involved at the very end of this process (from 25 to 17).

Right across the Caribbean and the Diaspora, there is an increased awareness of this show. Fitzwilliam says it has done very well in terms of viewership even with minimal promotion. “Why has Caribbean’s Next Top Model done well? I think it is because the show is not built around news or an event but rather is a series that celebrates Caribbean people, incorporates us and is made by us. My sister and I decided to go with this model which is already popular around the world. We wanted to introduce it to the region a format that is well liked in terms of bankability. CBS who own the rights has strict broadcast standards and they have to approve every single episode and every single promo. Now that has forced us to create a show that is internationally viable which at the same time celebrates Caribbean culture and lifestyles”, said the former Miss Universe.

Caribbean’s Next Top Model does not air in Haiti as yet and Fitzwilliam, ever much the entrepreneur, is looking for a deal to air the show in the non-Flow territories, thus giving the show a wider audience across the television viewing Caribbean.

Encouragingly, Haiti proved to be the largest social media engagement market, astonishing really when one considers that the show is not subtitled. There is also a demand for the show in the United States, which has a large Caribbean population.Fitzwilliam is aware of the interest in the show outside the Caribbean and her challenge is to take it to new markets. Africa may well prove successful for her.

Not just content to launch a show celebrating models, Fitzwilliam also sees it as a platform to showcase the work of many of the Caribbean’s leading designers. She talks enthusiastically about the work of her country-women Meiling and Claudia Pegus, and cites a number of Caribbean designers who have caught her eye.

Her sister, Dionyse Fitzwilliam, who is the co-executive producer of the show and the person who Wendy credits as the business brains of the whole set-up, has identified the fashion business as a secondary arm of the show and the sisters will be looking to utilize the industry in their television format. “Our issue in the Caribbean is not that we don’t enjoy each other’s culture; in fact we are very open to that. There is a melting together of the cultures today but commercially and politically we have taken too long to do something about this. For my sister and I, commerce is the next big step. I am a fashion junkie and I love swim suits but it is easier for me to get clothing from Israel and Colombia than it is from Barbados, Puerto Rico or Jamaica. Commerce has to be made easier across the region. Online trading has proven revolutionary and the region must take notice,” said Fitzwilliam.