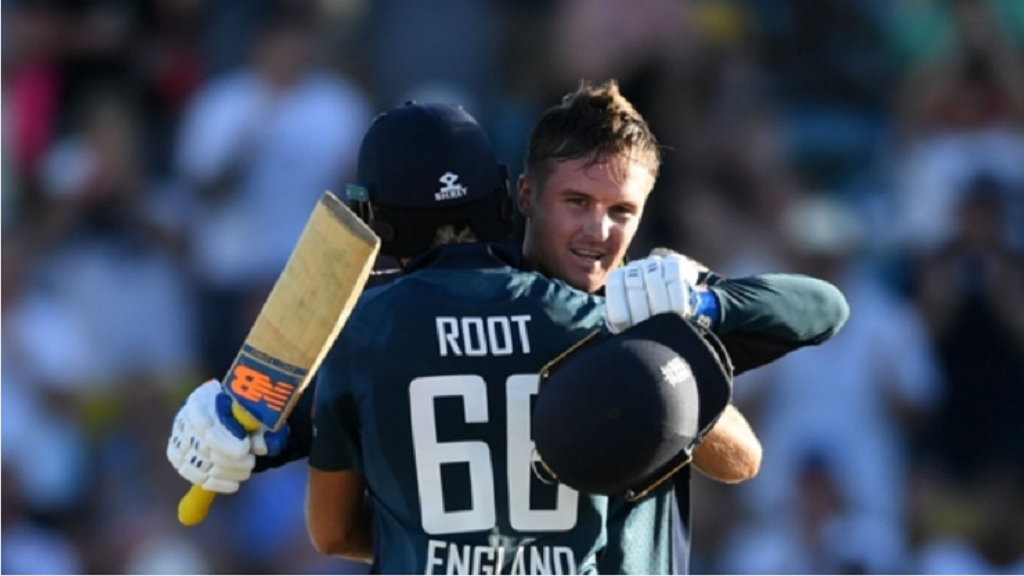 Set 361 to win after Chris Gayle's 24th ODI hundred had helped West Indies to 360-8 from their 50 overs, Roy and Root starred in Bridgetown.

Gayle had thrilled a packed Kensington Oval as he marked his return to ODIs in style, but his 135 off 129 balls was ultimately in vain.

After Roy's superb knock at the top of the order, Root (102) guided the tourists to a six-wicket victory with eight balls to spare – becoming the fastest Englishman to 5,000 ODI runs in the process.

The victory marked England's biggest successful run chase in ODIs, eclipsing the 350 they managed against New Zealand in June 2015.

In his first ODI since July, Gayle made a sluggish start and had just nine runs off 32 balls when he was dropped by Roy.

That proved costly as the flamboyant opener made England pay with a sensational display of hitting.

Aided by fine knocks from Shai Hope (64) and Shimron Hetmyer (20), Gayle pushed the Windies towards a huge total as he cleared the rope on 12 occasions.

Those maximums helped the hosts set a record of 23 in a single innings, while also giving Gayle the most individual sixes in international cricket – moving past Shahid Afridi.

Despite his slow start, Gayle reached three figures off 100 balls and continued to bludgeon England's bowling until he was dismissed by a slower ball from Ben Stokes.

Darren Bravo (40) and Ashley Nurse (25 not out) pushed the Windies up to 360-8, the latter hitting a six off the last ball of the innings to eclipse New Zealand's mark for most maximums in an innings.

A target of 361 could have been daunting for England but they showed why they are the number one side in the world and Cricket World Cup favourites with a successful run chase.

Roy and Jonny Bairstow gave them a solid foundation with an opening partnership of 91, before the former took the lead in a 114-run stand with Root.

Like Gayle before him, Roy pierced the field with unerring regularity, finding the boundary on 15 occasions and clearing it a further three.

While Root anchored one end, Roy motored to his seventh hundred, brought up off just 65 balls as England made light work of their challenge.

They were helped by some sloppy fielding from the Windies with Oshane Thomas, Bravo and Nurse all dropping catches that allowed England to build momentum.

Even after Roy's departure for 123, the tourists continued to keep the scoreboard ticking over as Root and captain Eoin Morgan frustrated the Windies with a 116-run partnership.

Morgan perished for 65 but Root went on to reach three figures to give his side a 1-0 lead in the five-match series.

Maximum! West Indies break record for number of sixes in an ODI inning

Windies star Gayle to retire from ODIs after World Cup