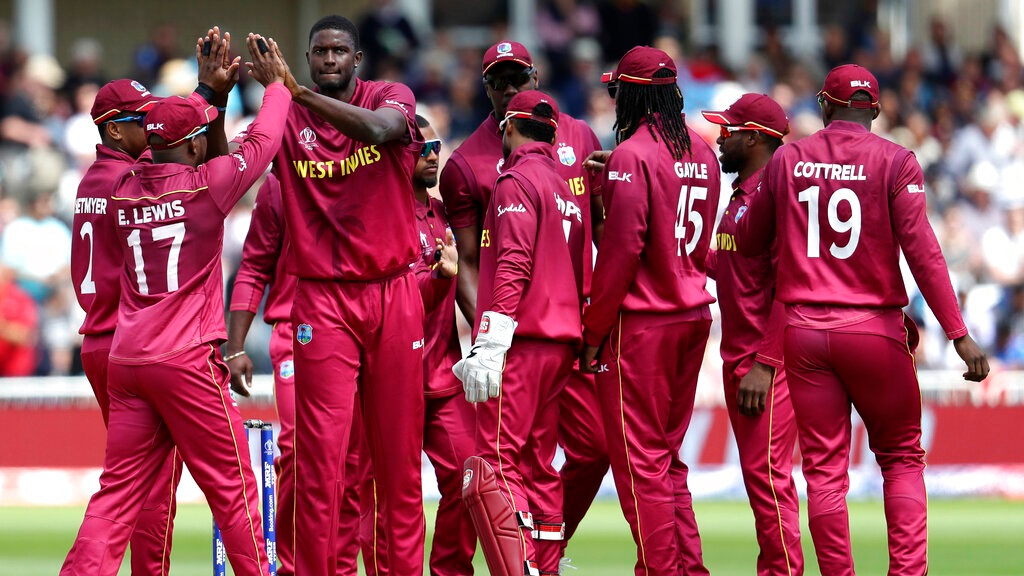 The form guide offers little hope for West Indies as they look to keep their rapidly fading Cricket World Cup hopes alive on Saturday against a New Zealand side that continues to impress.

A demolition of Pakistan suggested the Windies could be a force to be reckoned with at this tournament, but they have failed to fire in any of their subsequent matches.

Winless since the opener, the Windies have only three points from five matches and have lost six of their last eight World Cup games.

No Windies batsman has scored a century in the competition so far and both their bowling and fielding left a lot to be desired as they were beaten by seven wickets by Bangladesh last time out.

That will need to change in order for them to have any hope against a New Zealand team boasting one of the world's best batsmen in Kane Williamson, who delivered a decisive century as they recorded a fourth win of the tournament by defeating South Africa.

Another triumph for the Black Caps will all but seal their top-four spot and effectively condemn the Windies to elimination. With New Zealand having won eight of their last nine completed ODI matches, there is nothing to suggest that will not be the outcome.

Since blowing away Pakistan in their opener the Windies' performances have grown progressively worse. Haphazard batting in the run chase cost them in a 15-run defeat to Australia and an abandonment of their clash with South Africa was followed by a crushing defeat to England and a performance against Bangladesh that was dreadful in every department.

New Zealand have flown under the radar compared to the likes of Australia, England, and India but their showings have been no less impressive. They began with a dominant 10-wicket victory over Sri Lanka and were comfortable in seeing off Bangladesh and Afghanistan. A blockbuster meeting with India was rained off before Williamson's ton helped seal a nervy win over South Africa.

West Indies captain Jason Holder: "It's looking tough at this present moment [to qualify], but it's not impossible. We have to play every game here now as a final. If we want to go through into the semi-finals we've got to beat the best teams."

New Zealand's Matt Henry: "The West Indies are a very dangerous side so we'll give them that respect but we're looking forward to the challenge."

- New Zealand captain Williamson has managed to record 50+ in nine of his last 10 ODI knocks to have taken place in England and Wales; he has registered 225 runs at the 2019 World Cup and only been dismissed once.

- Chris Gayle requires 61 to become the third man to register 1,000 runs in ODIs between New Zealand and West Indies (Brian Lara & Nathan Astle); he could only manage a knock worth four runs when he last took on the Black Caps, though (26 December, 2017).

- Both New Zealand and West Indies have struggled at Old Trafford in ODI cricket, the Blacks Caps losing four of their five completed matches there (W1), while the Windies have suffered defeats in four of their six ODIs at the Manchester venue (W2). However, these sides have never faced off against each other there.