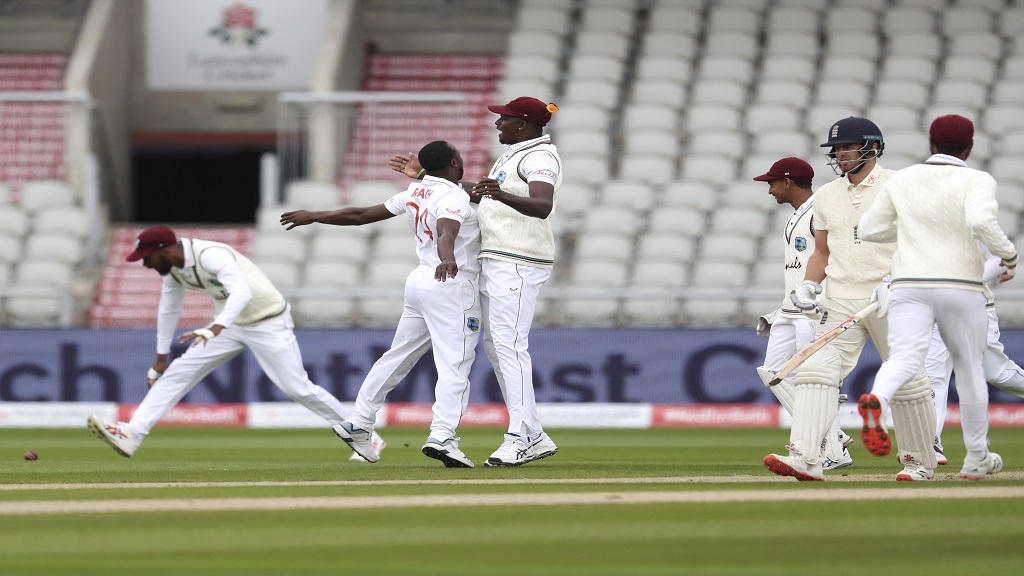 The West Indies won the toss and chose to bowl first against England in the deciding test of the series at Old Trafford on Friday.

The Caribbean side has secured a early wicket as fast bowler Kemar Roach dismissed Dom Sibley for zero with the score on one. England have since moved to 25-1 after 15 overs.

England recalled pacemen Jofra Archer and James Anderson in place of Sam Curran and top-order batsman Zak Crawley, leading to allrounder Ben Stokes moving up the order to No. 4.

England will have four fast bowlers, plus a spinner in Dom Bess. The team will have one less specialist batsman and will be batting first in overcast conditions in Manchester.

Stokes is struggling for full fitness and might not bowl.

The West Indies made one change, bringing in spinner Rahkeem Cornwall for Alzarri Joseph.

The series is tied at 1-1 after two tests.

The Windies are looking to win a test series in England for the first time since 1988.