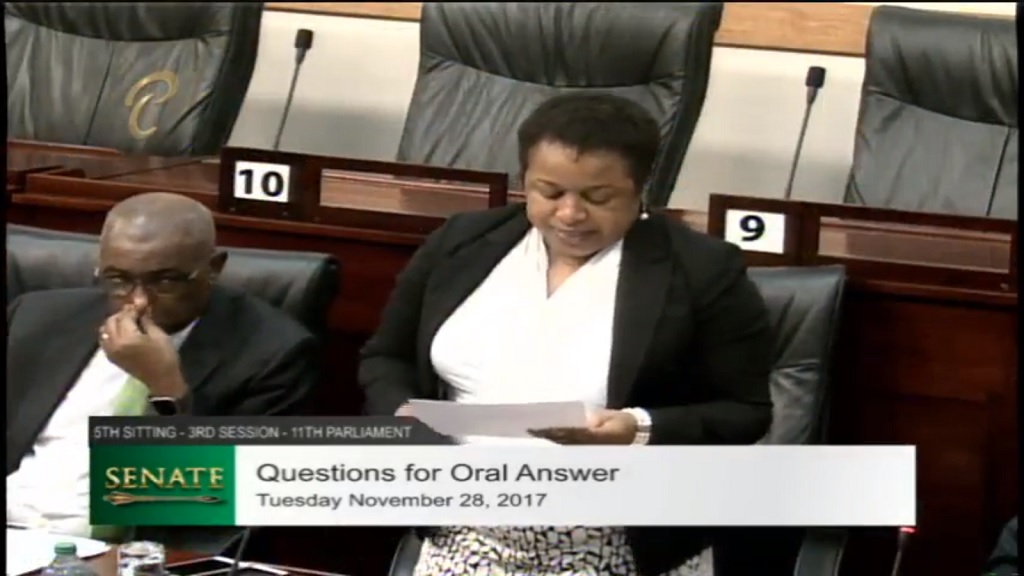 Government said it is seeking both short- and long-term measures to rescue the National Insurance Board (NIB) after the latest actuarial review indicated that the NIS will exceed its contributions and investment income by 2019-2020.

Speaking in Parliament on Tuesday, Minister in the Ministry of the Attorney General Allyson West said however that the recommendation for increasing the retirement age will be done over a phased period from 2025-2060.

The recommendations, which include increasing the contribution rates and the retirement age from 60 to 65 years, were made in the 9th Actuarial Review of the National Insurance System.

Minister West said that the following recommendations were made:

1. An increase in the contribution rates from 12 percent to 13.2 percent

She said both recommendations were implemented with the immediate impact of increasing NIB’s revenue.

West said the Ministry has undertaken consultations on further measures including, further contribution rate increases, restraint in future benefit increases and an increase in the retirement for the unreduced pension from 60 to 65 over a 35-year period from 2025 to 2060.

She said the NIB has taken proactive steps to initiate discussions and consultations on these measures.

She said the NIB has also directed attention toward improving its operations with the aim of controlling cost and bolstering its revenues from contributions and investment income.

She said the NIB has maintained one of the lowest ratios of administrative expenditure to contribution income of social insurance systems in the English-speaking Caribbean – 5.3 percent for fiscal 2016, which is ‘well within the established limit of 7.5 percent’.

“The organisation continues to review processes and technology to further reduce this ratio,” she said.

Regarding contribution, West said the NIB has reviewed its compliance structure to better monitor employers’ obligations under the National Insurance Act to remit to the NIB the requisite contributions for the workers they employ.

“To ensure optimal performance of the investment fund, the NIB continues to explore strategies which provide high risk adjusted yield while ensuring that adequate liquidity is provided for the payment of benefits,” she said.