West: Property Tax due by September each year 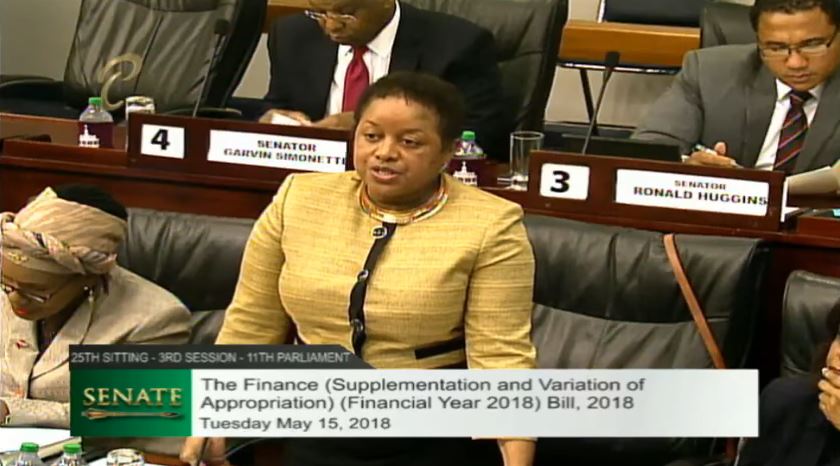 When will you be required to pay Property Tax? Minister in the Ministry of Finance Allyson West says that the tax will become due and payable on or before September each year.

Government has said that it intends to have the tax system fully implemented by 2018, however, it is not clear as to whether the tax will become payable by September 2018.

Speaking in the Senate on Tuesday, West reiterated that there would be no retroactive application of the tax as the moratorium will be extended to September 2017.

“The Property Tax (Amendment) Bill 2018 and the Valuation of Land (Amendment) Bill 2018, which were recently passed by this House are intended to clarify certain positions and clarify anomalies that exist in the two pieces of legislation. The moratorium with respect to the payment of Property Tax will be extended at this time to September 2017. Property taxes will become due and payable on or before September of each year,” West said.

In light of West’s comments, former General Secretary of the COP Clyde Weatherhead is seeking clarity on the issue, as it relates to the submission of the Valuation Return Form.

Asked if he believes the tax will be due as of September 2018, he said he doesn’t think it is possible as the Property Tax (Amendment) Bill 2018, which was recently passed in the Senate has to go back to the House of Representatives to deal with the Senate amendments.

Meanwhile, West said like the property tax regime, the government has made progress in finalising the structure of the Trinidad and Tobago Revenue Authority.

She said the TTRA is essential to stop the billion-dollar leakage of tax revenue and tax avoidance, which she noted is prevalent in this country today.

“I wish to put members on notice that we will be bringing the required legislation for the revenue authority for the consideration of this house in the very near future. After seeking advice from senior counsel, we are of the view that the legislation is best passed with a special majority,” the Minister in the Ministry of Finance said.

West added it is the intention of the government to send the Revenue Authority Bill to a Joint Select Committee of Parliament.

Property Tax Bill passed; Divorcees among those who may get relief