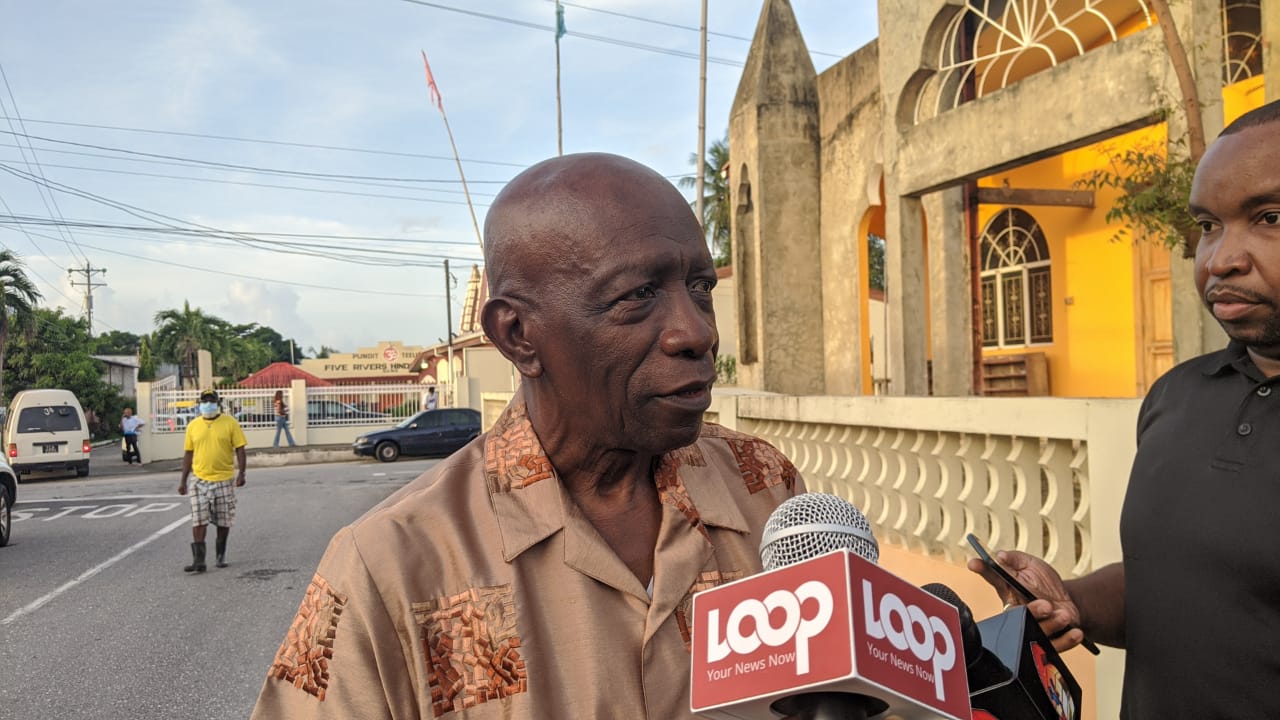 After casting his vote, Jack Warner says he intends to spend the rest of the day reading and watching Western movies. (Photo: Nneka Parsanlal)

The colourful Jack Warner has outlined how he intends to spend the rest of the day as he expressed confidence in copping the Lopinot/Bon Air West seat in the general election now underway.

The Independent Liberal Party (ILP) candidate and former security minister, spoke with reporters after casting his vote this morning.

'I'll do a little reading — I have some books I have to finish read — I'll watch a Western and then I'll go and visit some stations, particularly Lopinot, La Pastora and Surrey...,' Warner said.

The former government minister said he has a very efficient team in the field. 'I will be liaising with them directly to see how things are going,' he said.

Speaking of his campaign, Warner said he received strong support over the last few weeks, especially from young prospective voters.

'Believe you me I couldn't ask for more. I was pleasantly surprised to see the response, but more particularly of the young people — the young, young people, unemployed people who are highly qualified and just can't get a job,' Warner said.