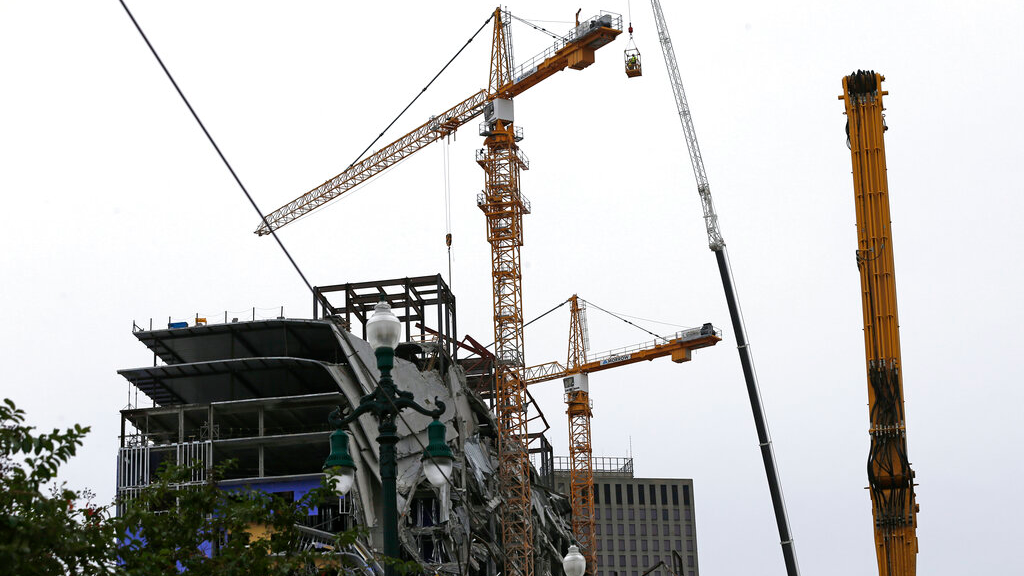 A weather disturbance moving toward the Southern United States with heavy rain and wind is expected to become a tropical storm Friday as it nears the Gulf Coast, forecasters said.

The disturbance, which would be named Nestor, should bring a wet weekend across much of the drought-parched Southeast, where some events were being canceled and officials were trying to calm fears of a hard hit.

Forecasters said the system was about 390 miles (630 kilometres) south-southwest of the mouth of the Mississippi River. It had top sustained winds of 40 mph (65 kph) and was moving to the northeast at 14 mph (22 kph).

A tropical storm warning was in effect from the Mississippi-Alabama line to Yankeetown, Florida, and from Grand Isle, Louisiana, to the mouth of the Pearl River.

Forecasters expect blustery winds and heavy rain in parts of Alabama, Georgia and northern Florida, reaching the Carolinas and Virginia by Sunday.

In New Orleans, crews were preparing to explode two badly damaged construction cranes that are towering over a partially collapsed hotel project at the edge of the French Quarter. They planned to bring the cranes down Friday just ahead of winds that could cause them to tumble out of control.

High schools from Alabama to the eastern Florida Panhandle canceled or postponed football games scheduled for Friday night, and officials in Panama City tried to assure residents that the storm wouldn't be a repeat of Category 5 Hurricane Michael last year.

"We are optimistic this will be a slight wind and rain event," said Bay County Sheriff Tommy Ford.

The system could dump from two to four inches (five to 10 centimetres) of rain from the central Gulf Coast to the eastern Carolinas, where many areas are dried out from weeks without rain, and as much as six inches (15 centimetres) in spots, forecasters said.

Seawater pushed inland by the storm could rise as much as five feet (1.5 metres) as storm surge in Florida's Big Bend region, much of which is less-developed than the rest of the state's coast.