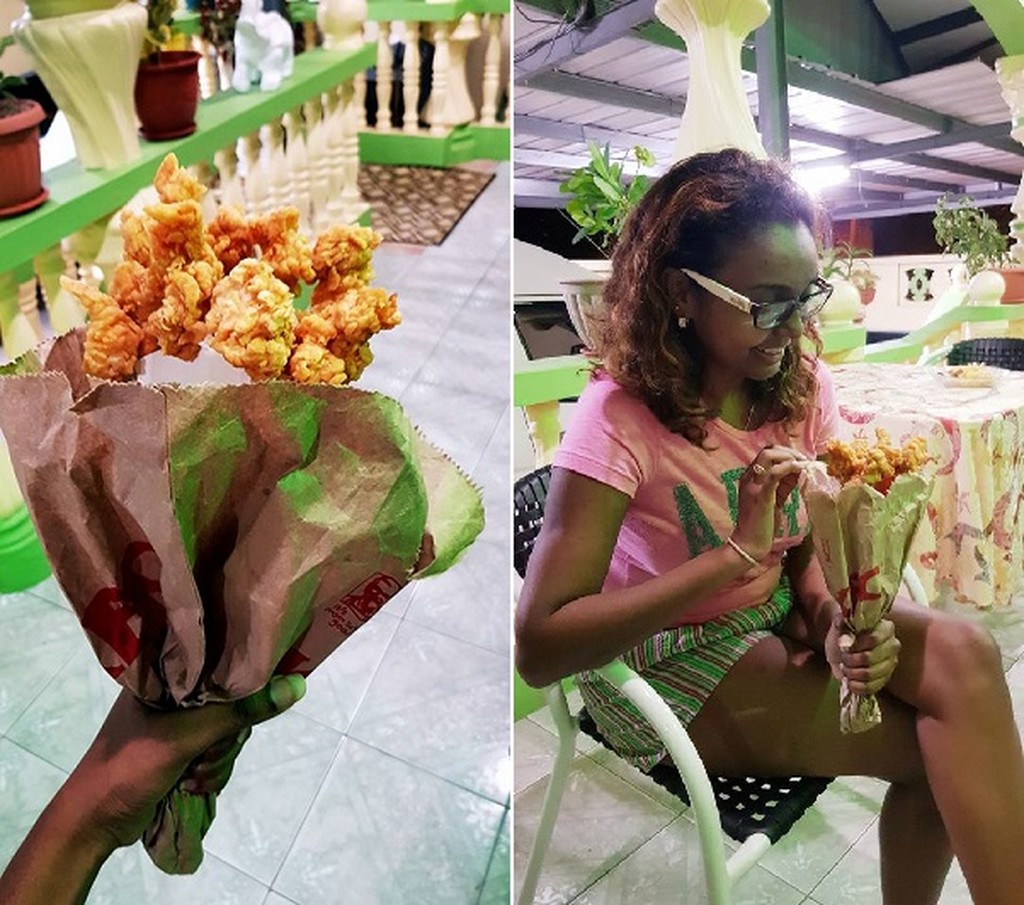 It's a well-known fact that women across the world love bouquets.

Bouquets date way back to the ancient Celts. Brides across Britain and Europe carried aromatic bunches of garlic, herbs and spices to mask bad body odours as a shower or bath was a rare gem in those days. Those bouquets were also believed to ward off evil spirits. Some of the herbs were known to be natural aphrodisiacs and so, the bride, groom and guests ate a bit of it in the after party.

As bouquets have become modern with beautiful flowers to represent the taste, style and personality of the brides that carry them, they have gone a step further, right here in Trinidad and Tobago.

Now, food bouquets are far from unusual, however, one man took it up a notch by presenting his significant other with a bouquet of none other than KFC's popcorn chicken.

She said, "The man showed up at my house...with a bouquet of Popcorn Chicken!! I'm lost for words!!

🤣 he used skewers and all!!

🤣 Ganesh I love you

See some of the comments below: 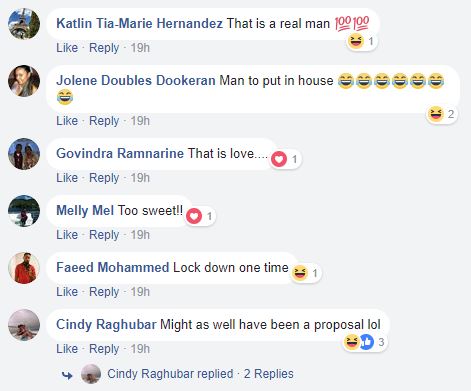