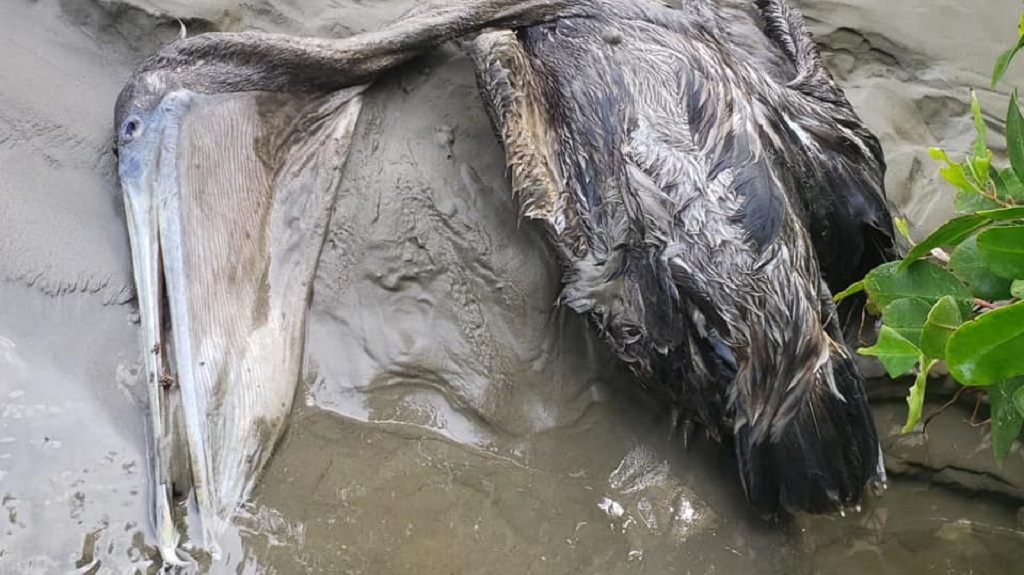 Photo via Minister of Agriculture, Land and Fisheries, Clarance Rambharat/Facebook.

Mystery surrounds the discovery of dead pelicans on Point Sable Beach in La Brea, after a necropsy revealed one bird likely died of trauma suffered while the animal had been eating.

The Environmental Management Authority (EMA) said in a statement issued January 3, 2020, that the animals, which were seen in various states of decomposition along Point Sable Beach had damaged wings caused by some sort of physical trauma. 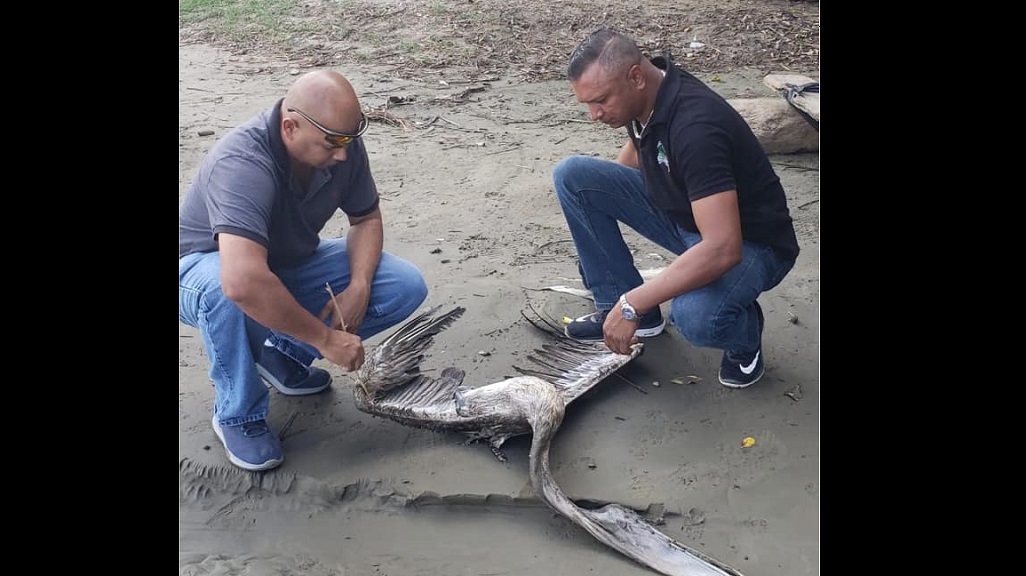 The EMA said its Emergency Response and Investigations (ERI) unit, which is responsible for investigations of animal deaths, visited Point Sable on December 29 and found 12 pelicans in various stages of decomposition, with one suitable for necropsy.

EMA said a sample was sent to a veterinarian lab for analysis and results were sent back on January 2, 2020, which showed that the animal had fractured wings.

The EMA said that this was likely induced by some form of trauma and that the bird had been eating up to or around the time of its death.

“The main findings were that the bilateral fractures of the pelican’s wings were likely induced by some form of trauma. There was evidence that the bird was still eating on or around the time of death."

"This may have led to sepsis and/or hypovolemia (blood loss) and the eventual death of the animal,” the EMA’s lab report revealed.

Facebook user Armando Sergio shared photos of the dead birds on December 28, 2019, asking for authorities to investigate. He said he counted over 100 dead birds.

The EMA said dead pelicans were previously observed on La Brea’s beaches, in January/February 2017 and in February 2018.

The state agency said the results of a necropsy done in 2017 were inconclusive.

Pelicans are protected by law under the Conservation of Wildlife Act.

La Brea was badly affected following what many consider to be the worst oil spill in the country's history, after an estimated 236,250 gallons of oil (7,000 barrels) leaked from Petrotrin’s underwater lines in 2013.

The company employed the use of Corexit, which has been shown to cause liver, kidney, lung, nervous system, and blood disorders in humans exposed to the chemical.

There was a series of additional spills following the initial incident, up to 2017, and the company was subsequently fined $20 million by the Environment Management Authority (EMA).

A 2019 study by researchers at the University of Trinidad and Tobago revealed above-normal levels of carcinogens in the Gulf of Paria, leading to a high cancer risk from fish caught there.