Where are the lifeguards? Trinidadian rescues tourists in Las Cuevas

One Trinbagonian is being hailed as a hero after rescuing three tourists who got into difficulty in Las Cuevas beach – while lifeguards allegedly looked on.

IT analyst and musician Anton Blackman visited Las Cuevas, which was designated a Blue Flag beach in 2016, on Wednesday, April 5 with friends, when someone approached them begging for help.

He said the swimmers were just beyond the lifeguard-patrolled area in the water when they got into difficulty.

“Yesterday I went to spend the day at Las Cuevas with some friends. Me and a bredrin went to “hold a vibes” up by the far end by the river. While we were walking back down to the main part a man runs out frantically asking if anybody could swim saying they need a lifeguard.”

Blackman told a friend to go get help and he decided to try to save the two men and woman, who had American accents. 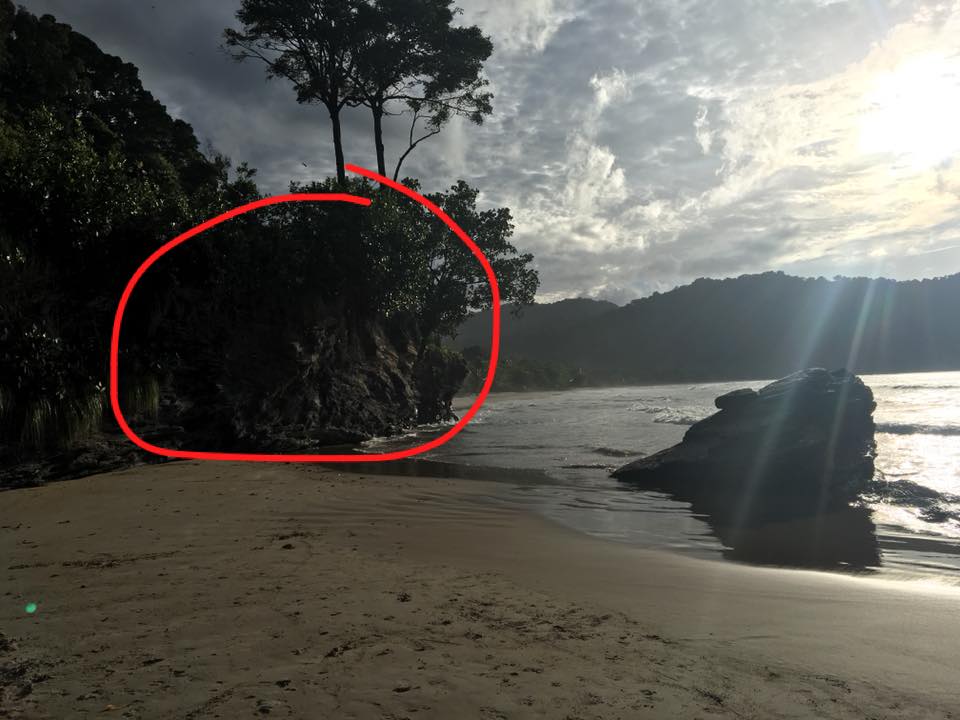 (Photo: Blackman shared photos of where the incident occurred on April 5, 2018.)

“I looked over and saw three people in trouble and immediately went into the water to try to assist them while my friends ran for the lifeguards.”

“I walked out as far as I could and I was kind of close to them, so I just tried to pull them in one by one to the shallow area until they could stand by themselves.”

“There’s a steep drop after a certain point, so I think that they went into the water and then lost their footing, and there were also currents there.”

Blackman said one of the men was further out and was floundering but he persevered and brought him in.

“The last guy was vomiting water, he was not well,” Blackman said.

He said he then saw two lifeguards walking along the beach who approached the visitors, who told them what happened.

“They were just walking, taking their cool time. The (tourists) kept asking 'where are the lifeguards?'" he said.

While relating the incident the lifeguards explained that there were signs indicating which parts of the beach were manned, pointing to signs which had been dismantled and lay covered by bushes. 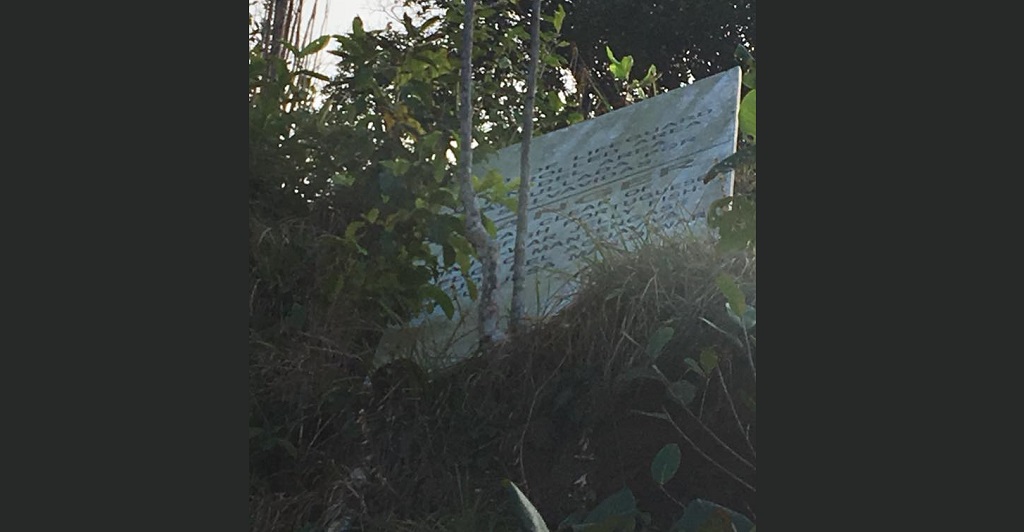 (Photo: A dilapidated sign outlining the area protected by lifeguards rests in the bushes atop a cliff at Las Cuevas Beach.)

“They said there is a sign, they asked for signs but the Ministry told them that there is a sign already…but you saw the photos of the sign, facing up in the air, covered with bush. Nobody is going to see that,” he said.

Blackman’s post was shared on social media where people expressed concern at the lack of proper signage.

Blackman said he is concerned that the lack of proper signage could lead to other accidents and even loss of life.

“I know they only patrol part of the beach but they should fix the signs. They have to try to do something here, these people could have died. I couldn’t understand why they wouldn’t help them.”

“How could you just watch someone drown and say ‘we only cover this part of the beach?’”

Friends praised Blackman for his courageous act and quick thinking.

“Awesome job at your response because it could have gone a whole different way for those 3 ppl.”

“Great job Anton Blackman happy that we still have great Samaritans like you out there. Blessings.”

“I like how this all started because you went to "hold a vibes" ... Imagine if you had decided to just chill ... 3 ppl might not be around right now.”

“Great job, Anton..wish ppl would understand that human kindness and common sense are not paid jobs.”

LoopTT has reached out to the Ministry of National Security for a response.