WHERE ARE THEY NOW: Don Yute still the 'Golden Child' of dancehall 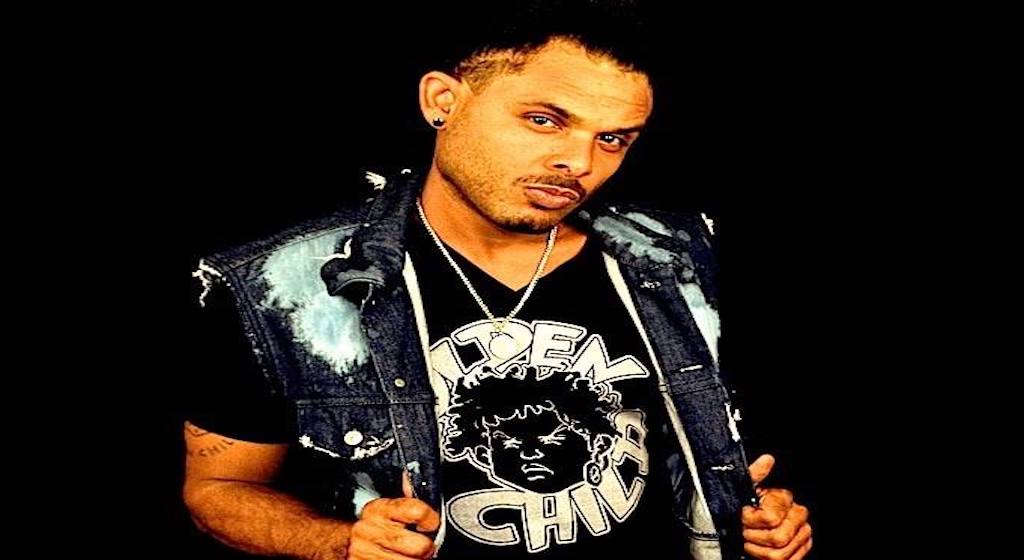 It is perhaps surprising that dancehall artiste Don Yute and international superstar Sean Paul have never done a collaboration together or maintained a personal or professional relationship despite the fact that they came into the business through the same channels in the same era.

Both of them were labelled as 'uptown artistes', light-skinned young men who had a different flavour and flow, and who sought to make their mark in a rough-and-tumble dancehall landscape that belied their upbringing.

The two are no longer friends. Or even passing acquaintances.

"There is no current link with me and Sean Paul, I was just the one with the know-how and the Golden Child label voicing him sometimes and introducing him to top dancehall producers yard and abroad. I got the dubplates for him and did the best I could booking shows including his first Sting for example, the Miami and Atlanta shows and just general exposure on platforms around Jamaica," Don Yute told Loop Jamaica reporter Claude Mills. 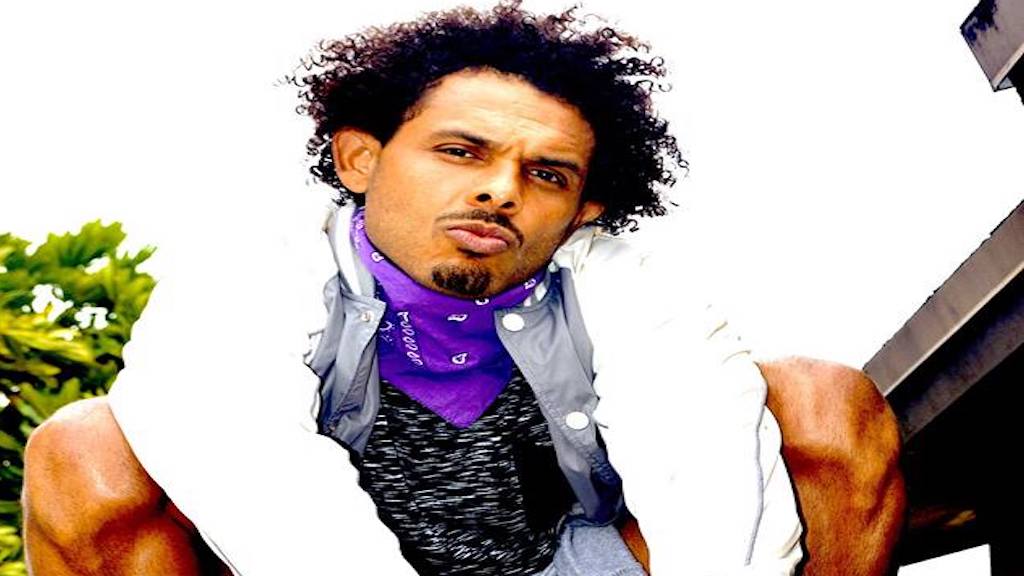 "I carried him to like Tuff Gong, Mixing Lab, Big Ship, Stone Love, you name it; he already had the link with Jeremy Harding. But he has never reached out to me to do a song or anything to do with music business," he said.

Don Yute also believes that Sean Paul could have done more to help the Dutty Cup crew, a group of artistes and friends who gained notoriety in the 1990s.

"Dutty Cup was never my concept, me and (Kid) Kurrupt link, I never knew Chicken and Dadigan like that, but most of us was bredrins for the most part. But I think Sean, being who the rest of his team gave vibes to etcetera, could have set up a structure for them but I can't say why he stopped rolling with dem when they started out so good," he said.

Don Yute is preparing to drop a new EP, 'Pandemonium', his first official project since 2011.

The first song he recorded was 'Smushy Smushy', a dubplate for Ambassadors (later called Legends) sound system, the first uptown sound. However, he roared onto the dancehall scene with the hit single for Dave Kelly on the Pepperseed rhythm called 'Loving Excess', a collaboration with Wayne Wonder in 1993 that is still popular 25 years later.

"Spragga was known as a bad man, and mi and him a par. One morning, mi see him on Red Hills Road, and we just start roll. Spragga Benz introduced me to Dave Kelly, I was there and I heard Wonder singing 'excess amount of loving' and mi say mi have a song to go with that, 'loving x amount plenty', and dem say 'rahtid, come in,' and that's how that happened," he said.

He followed up with other hits such as 'You Own The Man' with Dave Kelly again, then 'Hardcore' with legendary producers Steely and Clevie. Then he migrated overseas in 1996 in an effort to get his music and brand in international markets. He started out in Atlanta, where he got the ears of Lil Jon with a song called 'Putty Cat' on the More Gal rhythm, while Lil Jon was a disc jockey on Atlanta Hot 97. 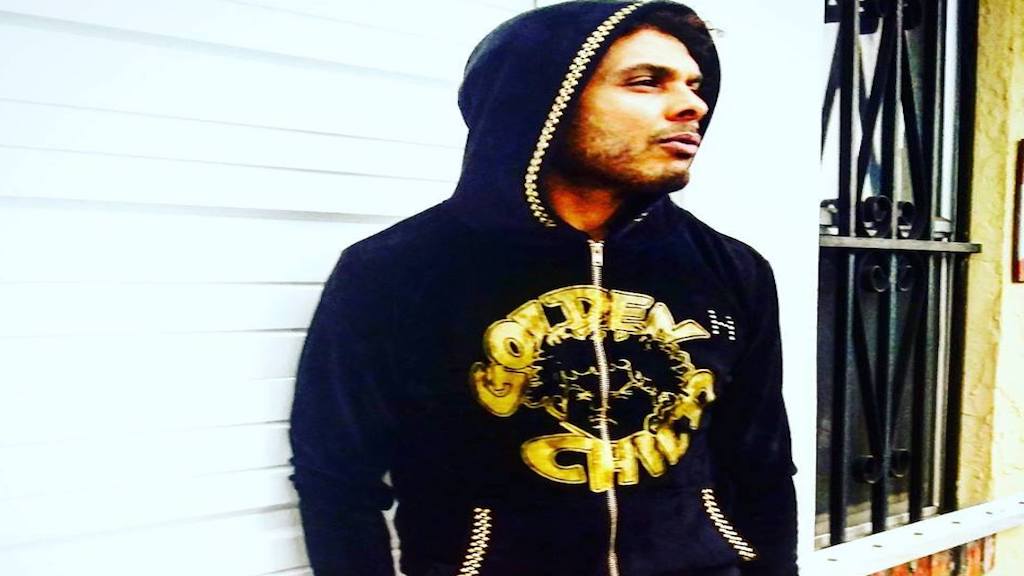 "They were playing the 'Book Book' song juggling from yard which had my song 'Putty Cat', and somebody told Lil Jon that I was there in Atlanta in Stone Mountain with a girl, and that is how I voiced on the So So Def volume 1. I am the only Dirty South dancehall artiste, I was there when Lil Jon was making that Crunk music. That's when I realised how big the music was because, when I got to Jamaica, I got a US$8,000 cheque in the mail and that was how I started doing music on my own label," he said.

He established his own recording label called Golden Child, and produced a host of singles for artistes like Akon, Pitbull, Trina, and Trick Daddy. He worked closely with SoSo Def Records CEO and producer Jermaine Dupri, dropping gold-selling singles 'Sexiest' and 'Hardcore Wuk' for So So Def Bass All Stars in 2008. He toured the United States with G Unit, Omarion, Ying Yang Twins, Rick Ross and Musiq Soulchild.

He has four collaborations with Akon, produced by Konvict Music for Golden Child. Don Yute has placements in NBA games, he has movie placements with songs such as 'This Boy Here' which appeared in a movie soundtrack for  'Love Songs' with Monica and a song called 'Sweat' in a movie called 'Havoc' with Anne Hathaway. He has represented dancehall at the highest level.

But through it all, he has remained the Golden Child. Real. Relevant. And all street.

"When I migrated overseas, I was promoting my CDs everywhere, and one day, I went to a barbershop and handed out the CDs and the whole barbershop just stop and somebody said, 'ah you sing Caan Tell How the Gal Dem Hot', and mi say, 'yu know dem song?'. But ah just me that, mi just remain humble, grind and do the work. As a little youth, I saw Josie Wales, Garnet Silk, Half Pint, Leroy Sibbles, dem man dem set it, is not a braggadocious ting, music is a respect ting," Don Yute, whose real name is Jason Andrew Williams, said.

"Don Yute is the people, I can never forget that, I and I owe everything to them, mi just show love everywhere mi go, ah that me a live offa now," he said.

He will be releasing 'Pandemonium' early next year. An Israeli artiste-producer called Adam Benlawi, produced three songs, namely  'You Dweet', 'Rockstar' and 'Zillion Kisses', under his Jammwise Productions on the new EP.

"I like to experiment artistically and Benlawi has his finger on the pulse of the world sound, the Mediterranean sound. Benlawi did a mash-up mix of 'Sensi Ride' that is doing well in that market in Israel and he is also an artiste. I met him through Facebook when did a cover of my 'Living in a Dream'  song from Playground riddim which sold several thousand copies in Israel," Don Yute said.

One of the singles released from the EP is 'Lock the Party' on the Flava Unit/Capone Entertainment label. Don Yute has released videos for the singles like 'Come Please Me' video, a hip hop mix of 'You Dweet', and  'Holding a Meds' so far.

"There are genres coming out every day, you have to stand up for your genre, the segregation in the industry is paralysing it. A generation ago, I was Baby Cham, and Rygin King, so we nah fight the youths. The youths need more direction from the elders. There is no ego in music, whether your name come first or last on the record, you get the same money. When Don Yute came out, he went to the street, there was no uptown or downtown, just love and respect for the music," he said.

He gave some advice to the new dancehall acts who are rising to the fore now.

"Ego means nothing, fame doesn't matter, sometimes it's our attitude make we no reach where we supposed to be in the music business, fix that and you can conquer the world, it's always about the music first," he said.

Despite his sunny personality, Don Yute knows darkness as he survived a major scare when he was shot at point black range in the chest by masked men in the year 2000.

"It was just after landing a musical deal with Capitol Records, just about the time 'Row The Boat' became my most popular song, I headed to Atlanta and I would always go to my friend's house to drop off my music, he selects at a club called Royal Peacock. That day, in March 2000, I went to the house, the person who opened the door had a mask with carnival feathers, I thought it was my friend playing around, but I saw two other youths, the selectors for the sound face down on the ground, but it was never scary. I wasn't looking for any gun, so I was going upstairs to give my friend the CD, and the gunman was in front of me,  and he tried to grab my chain and mi box off his hand, and then all I see is fire. Then the gunman shot me in the chest, scarring my lungs, is a miracle, it miss my vital organs. That was really one of the darkest chapters in my life," he said.

These days, he is living in Miami and enjoying the joy of life and the blessings that arrive with each day.

"I am just grateful for my life, I have six daughters, but mi still have my ratings and my love," he said.

His father died three months ago of a heart attack, his grandmother slipped and fell, and she died three days ago, and one of his cousins who lives in the US, also died last week.

"It's been a rough time, it's the worst thing that happened to me, my father's death. There was so much pain, I couldn't even go to the funeral, but right now, mi just a push through," he said

Don Yute's place in history is secure as one of the early success stories of 1990s dancehall, a seminal period where the fashion, flavour, violence and authenticity of local dancehall fuelled an intense period of music creativity and experimentation that is yet to be matched by subsequent eras.

"I wouldn't say I'm the catalyst of uptown meets dancehall, it's history that said it and real original dancehall goers and supporters in the streets, uptown and ghetto yutes.  I know the Bogle, Haggart, Roses, Ouch girls, Jack Sowah to Cactus, Super D, King Addies with Babyface and Tony Matterhorn to Arrows dub studio and King Jammys, I was there for all of that and that is enough for me," he said.

WHERE ARE THEY NOW: Little Lenny no longer bitter over music career

WHERE ARE THEY NOW: Fabby Dolly sings 'Peanut Punch' blues