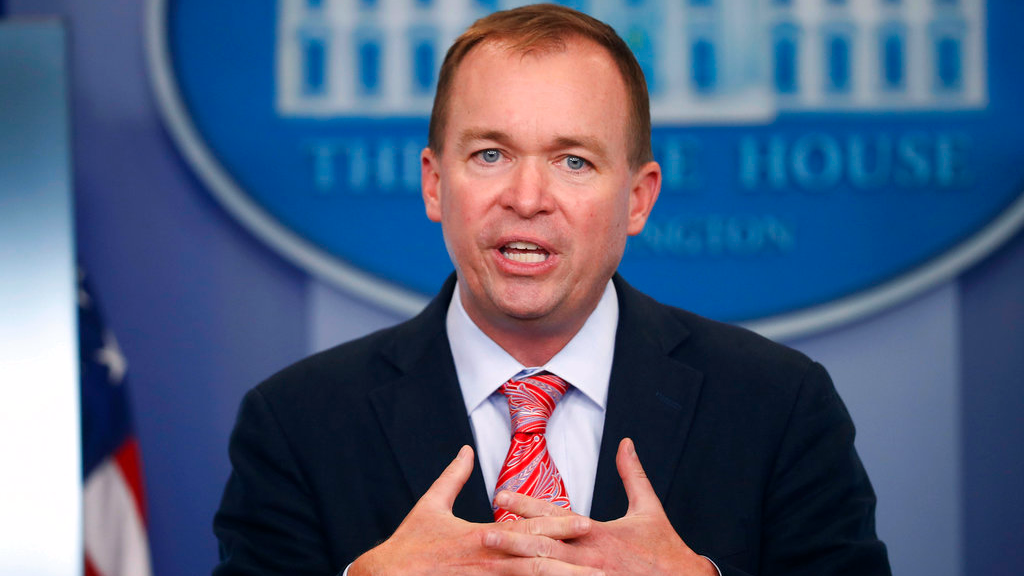 The White House says it's willing to strike a health-care provision from Senate legislation to cut taxes and overhaul the tax code if the provision becomes an impediment to passing one of President Donald Trump's top legislative priorities.

The provision would repeal a requirement that everyone in the U.S. have health insurance or pay a fine, but has emerged as a major sticking point for Republican Sen. Susan Collins of Maine, whose vote the White House needs. Collins said Sunday that the issue should be dealt with separately.

Trump's budget director, Mick Mulvaney, said the White House is open to scrapping the provision, which would repeal a key component of the Affordable Care Act health law enacted by President Barack Obama. Trump had pressed for the provision to be added to the bill, partly to show progress on the GOP goal of undoing the health care law following Congress' failed attempts to repeal it earlier this year.

"I don't think anybody doubts where the White House is on repealing and replacing Obamacare. We absolutely want to do it," Mulvaney said Sunday. "If we can repeal part of Obamacare as part of a tax bill and have a tax bill that is still a good tax bill that can pass, that's great.

"If it becomes an impediment to getting the best tax bill we can, then we're OK with taking it out," Mulvaney added.

Legislative director Marc Short said Sunday that the White House "is very comfortable with the House bill," which does not include the so-called individual mandate. But Short also said the White House views the mandate as a tax and "we like the fact that the Senate has included it in its bill."

At issue is a provision to repeal the requirement that everyone in the U.S. have health insurance or pay a fine. Eliminating the individual mandate would add an estimated $338 billion in revenue over 10 years that Senate tax-writers used for additional tax cuts.

Collins said Sunday that the tax advantage that some middle-income consumers would reap under the tax bill could be wiped out by repealing the mandate. She said they would face higher insurance premiums coupled with the loss of federal subsidies to help them afford coverage.

"The fact is that if you do pull this piece of the Affordable Care Act out, for some middle-income families, the increased premium is going to cancel out the tax cut that they would get," Collins said.

Collins said she hasn't decided how to vote on the bill because it will be amended before it reaches the Senate floor. But her vote is crucial in a chamber where Republicans hold a slim 52-48 advantage.

Republicans can lose just two senators on the final vote, which would allow Vice President Mike Pence to cast a tie-breaking 51st vote in his capacity as president of the Senate. Democrats are not expected to support the bill, as was the case when the House passed its version last week.

Mulvaney and Collins were interviewed on CNN's "State of the Union." Mnuchin spoke on "Fox News Sunday." Collins also appeared on ABC's "This Week," as did Short.