US white supremacist says he will plead guilty in sword killing 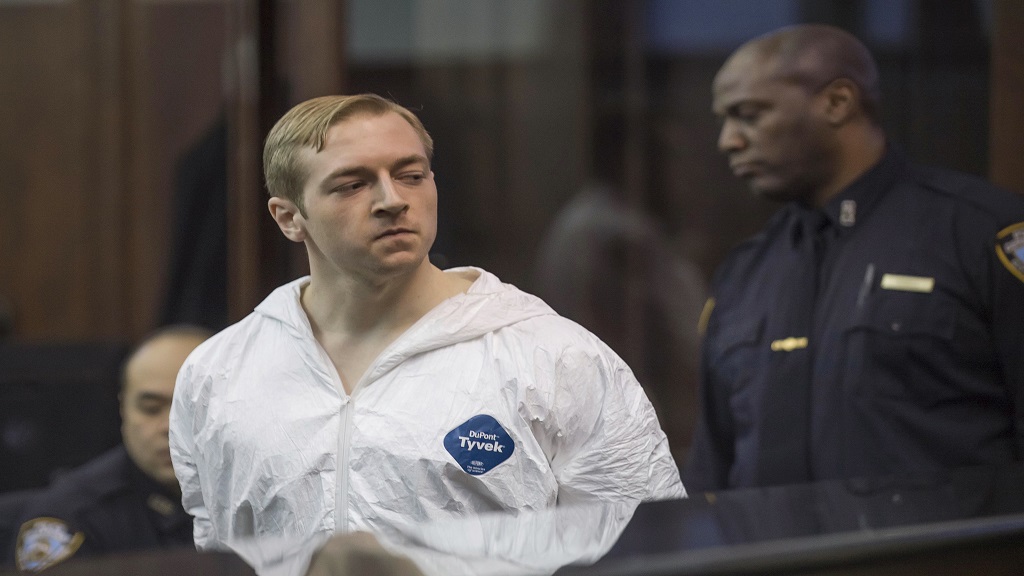 In this March 23, 2017 file photo, James Harris Jackson appears in criminal court during his arraignment in New York. Jackson appeared Friday, Jan 4, 2019 before a judge in New York City. He was expected to plead guilty in the 2017 death of 66-year-old Timothy Caughman but told the judge that he'd broken his foot and wasn't in the right state of mind because of painkillers. The judge ordered Jackson to return to court later this month. (Steven Hirsch/New York Post via AP, Pool, File)

An Army veteran accused of killing a black man with a sword as part of a racist plot told a judge that he intended to plead guilty to the crime, but he asked that it be put off because he'd taken pain medication.

James Jackson appeared Friday before a judge in New York City. He was expected to plead guilty in the 2017 death of Timothy Caughman, 66.

But Jackson told the judge that he'd broken his foot and wasn't in the right state of mind because of painkillers.

The judge ordered Jackson to return to court later this month, when he's scheduled to stand trial on charges that include murder as a hate crime.

Prosecutors say Jackson, who is white, travelled from Baltimore to New York and stalked several black men before attacking Caughman.

Police have said he chose New York because it's the media capital of the world and he intended to send a message.

Video surveillance captured Jackson in the days leading up to the attack, and investigators said he had walked purposefully toward a black man but didn't attack him.

Jackson later told police that the slaying had been practice for further assaults on black people, and that he had something "bigger" in mind.

Judge Laura Ward ruled last month that Jackson's detailed confession will be heard by the jury if the case goes to trial.

Caughman's supporters expressed frustration Friday after waiting more than an hour in Manhattan criminal court only to hear that the proceedings would be postponed until Jan. 23.

"This has hurt not only his family but the whole community," said Portia Clark, a friend of Caughman's who grew up with him in the South Jamaica neighborhood of Queens. "To me this was a lynching. He just didn't have a tree to hang Timothy from."

Arrest made in connection with alleged racist attack on Sterling

Hate crimes against Muslims are up after attacks