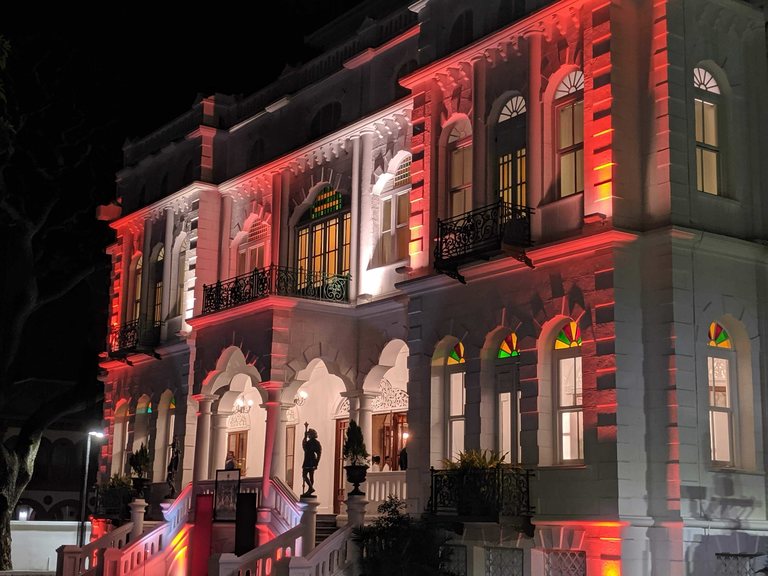 Trinidad and Tobago has received a gift just ahead of the observance of its 57th year of independence in the form of the restoration of Whitehall.

The historic all-white building, located at Queen's Park Savannah, is the original home of the Office of the Prime Minister. It was officially reopened on Wednesday night.

Speaking at the reopening ceremony, Prime Minister Dr Keith Rowley said while the country was facing a difficult time in terms of finances to fund such a project, the job was one that had to be done.

He said the building could not be allowed to deteriorate further and its restoration had to be prioritised.

Restoration works were completed to the tune of $32 million.

Rowley stressed that it was "more than money" and more about ensuring that the country's heritage was cherished and preserved in all forms.

The Prime Minister is expected to work from Whitehall from next week. This marks the return of the office of the Prime Minister to the stately building since it was moved in 2009 due to prolonged restoration works.

Rowley gave an update on other historical buildings on which refurbishment works were being carried out.

He noted that Parliament staff is due to return to the Red House by the end of September, with the entire move to be completed by December. He said Parliament will properly occupy the Red House after Christmas.

Meanwhile, the space currently occupied by the Parliament at the Waterfront Complex will be converted to a suite of civil courts.

Lamenting that the timely delivery of justice remains an ongoing problem for T&T, Rowley said the introduction of the civil courts will assist in freeing up the caseload at the Hall of Justice, which will then deal solely with criminal matters.

"We want to ensure justice on time becomes the norm in Trinidad and Tobago," the Prime Minister declared.

Attorney General Faris Al-Rawi is expected to elaborate on developments in this regard at a later date.

At President's House, the Prime Minister said works are in an advanced state of completion, noting that the refurbished  building would be ready for occupancy in the near future.

Mille Fleurs, he noted, should be open "very soon".

He acknowledged that there were challenges in keeping on schedule with timelines on restoration work as there was always some new "surprise" around the corner, like an unexpected structural issue or termites.

However, Rowley said with no other street in the world like Maraval Road which is home to so many historic buildings, it was important to preserve the country's heritage.