Who dumped this garbage in Guayaguayare? 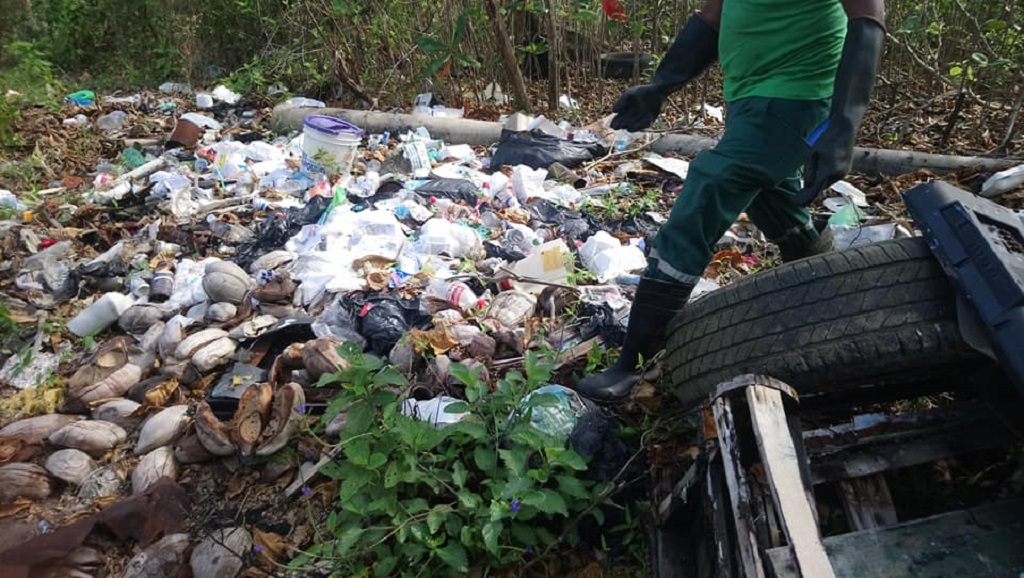 Public officials were called out to clean up a site in Guayaguayare where illegal dumping was discovered.

The Ministry of Rural Development and Local Government shared photos to social media on May 8, 2019, showing piles of garbage which had been illegally dumped at the site. 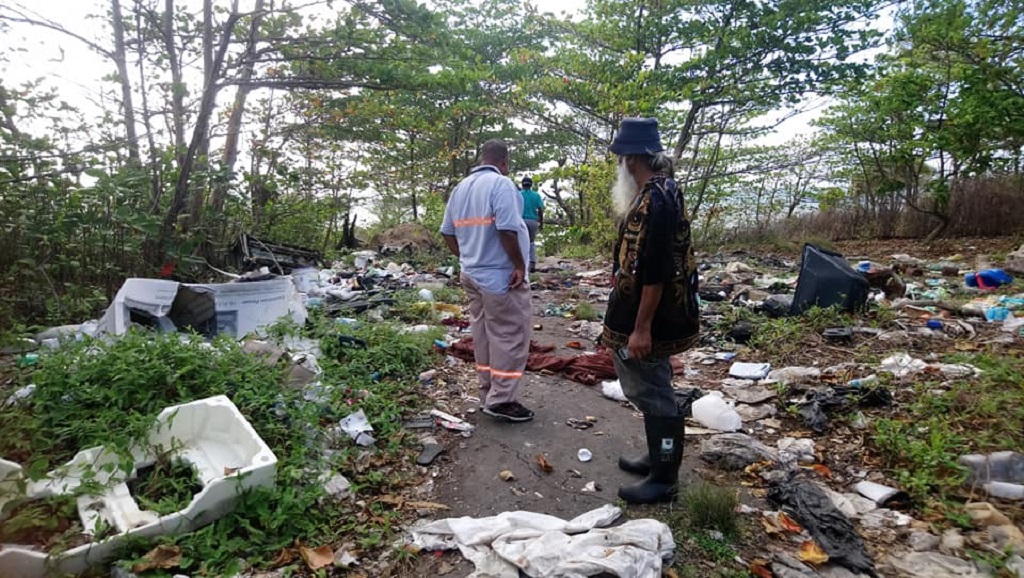 The Ministry is calling for the public to come forward with any information in order to find the perpetrators.

“This morning we are cleaning up another illegal dumping site at Rust Road, Guayaguayare with the assistance of the Mayaro/Rio Claro Regional Corporation. This exercise is coordinated by Sanitation Foreman III, Mr Gerard Ramarack and his team from the San Fernando City Corporation.” 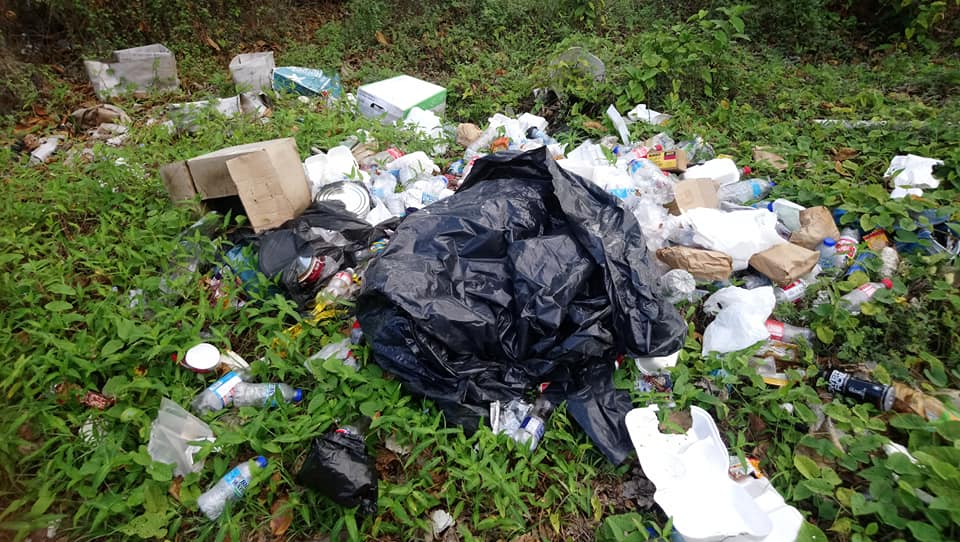 “This dumping site was previously cleaned by the Mayaro/Rio Claro Regional Corporation but has again been desecrated by citizens who have no moral compass.”

“The Honourable Kazim Hosein, Minister of Rural Development and Local Government urges you to report those responsible for these illegal acts.”

“Let us find them and charge them,” the Ministry said.

Government increased the fines for illegal dumping from January 2019 by 100 percent.

Revisions to the Litter Act include amendments to Section 3(6) where anyone found guilty of littering in a public place faces a fine of up to $8,000, in the case of an individual, or six months jail time, or for companies, a fine of up to $16,000.

According to Section 3(A)(2), anyone who insecurely transports any material in a vehicle which is likely to fall off could be liable to an $8,000 fine or six months imprisonment, or for a corporation, a $16,000 fine.

Section 6(4) of the Act was revised to state that anyone who fails to comply with requirements to clean up their garbage is liable on summary conviction to a fine of $8,000 and to a further fine of $1,600 for every day during which the failure is continued after conviction.

Anyone who refuses to remove their derelict vehicles faces a fine of up to $8,000 and a further fine of $1,600 for every day during which the failure is continued after conviction.

Man gunned down at California mosque