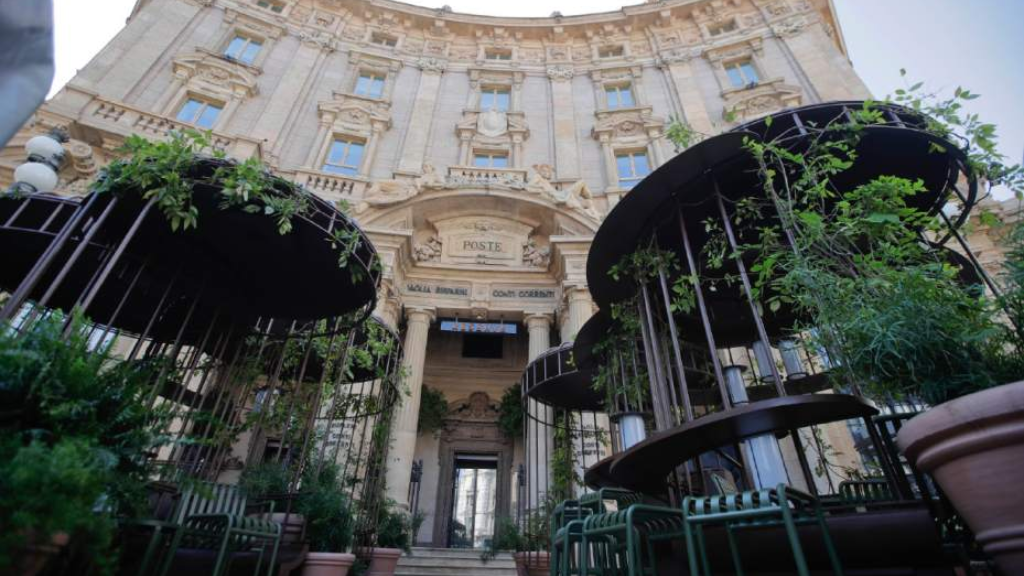 Starbucks is about to find out as it opens its first store in Italy on Friday. Residents of Milan, the city whose coffee bars inspired Howard Schultz's vision for the chain decades ago, have mostly greeted the news with a shrug.

"I've tasted Starbucks coffee and I'll absolutely stick to Italian coffee," said Milan resident Giulia Brighenti as she scraped the foamy remains of her espresso at a coffee bar not far from Starbucks' new Reserve Roastery.

In Italy, an espresso at a coffee bar is usually a quick morning or after-lunch ritual, downed while standing up. In many neighborhoods, cafes are on practically every corner, and Italians are on a first-name basis with their trusted barista.

That presents a challenge for Starbucks, which is hoping people will linger to drink more expensive beverages.

The company has more than 28,000 stores worldwide, but the palatial Milan location is only its third roastery. The others are in Seattle, where the company is headquartered, and Shanghai.

The cavernous former post office near the city's Duomo, or cathedral, has a heated, marble-topped coffee bar. The centerpiece is a 6.5-meter (22-foot) high bronze cask, part of the roasting process that customers can watch. And no, there are no Frappuccinos on the menu.

The company also hopes the store's cocktail bar will be an attraction. Many who work in Milan, Italy's fashion and financial capital, cherish the tradition of meeting friends or colleagues for an "aperitivo," or pre-dinner cocktail, often in cafes.

The company is "not coming to Italy to teach people about coffee. This is where coffee was born," said Starbucks chief design officer Liz Muller. Instead, Starbucks "wanted to come and bring a premium experience that is different to what people in Italy are used to."

That formula includes "many different brewing techniques and a space where we want you to stay longer and relax and enjoy."

Italy is Starbucks' 78th global market, and the Milan opening comes 20 years after Starbucks opened its first store in Europe, in London. The company has described the Milan store as "the crown jewel of Starbucks global retail footprint" and says it plans more cafes for Milan later this year.

Like Brighenti, other locals drinking more traditional espressos at the neighborhood coffee bar were skeptical.

"I think the classic Italian coffee is best," said Gianluigi Manusardi. "I also prefer it when I go abroad."

Caffeine hit for Coca-Cola as it buys Costa coffee chain

Nestle to sell Starbucks products in $7B deal