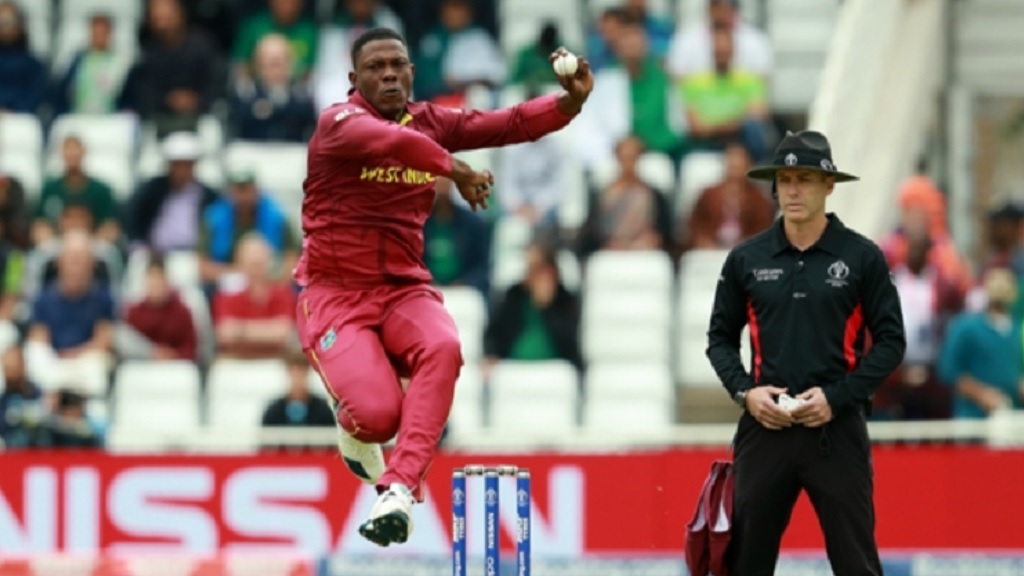 Jason Holder has backed his West Indies attack to bounce their way to World Cup success.

The captain will lead his side out to face Australia on Thursday with the instruction to make their short balls count and target any signs of twitchiness.

West Indies teams from previous eras have thrived as masters of the bouncer.

And with two such deliveries allowed in every over of ODI matches, their modern-day pacemen could hold the key to success over the six-week tournament in England.

Pakistan had little answer to the West Indies attack last Friday, being rolled over for a dismal 105 total, and that gave Holder cause for encouragement.

"If it's a situation where we feel a batsman may be susceptible to the short ball, then we're going to use it," Holder said.

"If it's a situation where that's not the case, then we'll find other alternatives. It's just not stuck on the short ball.

"I think all the teams so far have used the short ball, and it's just something that's in the game. You've got two short balls per over; you might as well use them."

Few sides exploit the short ball better than Holder's West Indies, which is among the reasons they are rated by bookmakers among the trophy favourites.

Chris Gayle and Andre Russell are both expected to be fit for the Australia match after minor injury worries.

And Holder has said the Windies batsmen should "show intent and be fearless" against an Australian attack who can also be counted on to unleash a barrage of bouncers.

With the World Cup still in its early stages, Holder is reluctant to add any pressure on to his players.

"We've got a hurdle to overcome. I think when we overcome that hurdle, then we'll move deeper into the tournament," he said.

"But I just don't want to single out teams particularly. I think all teams are evenly matched and well-balanced, so it's just a matter of playing good cricket on any given day. That's our rule. We want to execute in all three departments."

Warner marks comeback in style as Australia ease past Afghanistan