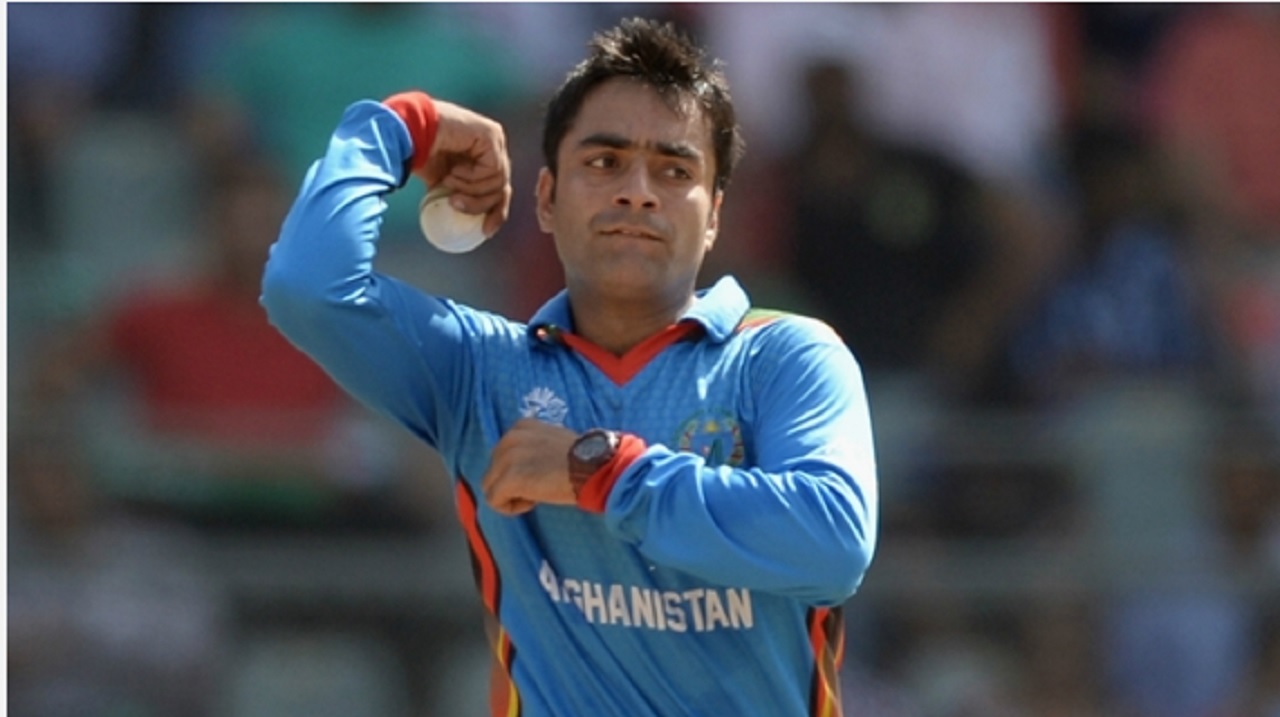 The 18-year-old spinner almost single-handedly guided Afghanistan to victory after the Windies were dismissed for 149 in the 45th over, claiming figures of seven for 18.

Rashid took four wickets for one run as West Indies crumbled to 70 for six midway through their innings and they never recovered in response to Afghanistan, who reached 212 for six after winning the toss and batting first.

He was also on a hat-trick twice during his first two overs as he recorded the fourth-best haul in ODI history – behind Glen McGrath (7-15), Shahid Afridi (7-12) and Chaminda Vaas (8-19).

The touring Afghans suffered a 3-0 series sweep against West Indies in their Twenty20 series but the 50-over format was much more favourable.

Opting to bat first in the first of three ODIs, Afghanistan made a slow start before opener Javed Ahmadi steered the ship and set the foundations for a decent total.

Ahmadi withstood challenging spells from Shannon Gabriel (1-21) and Miguel Cummins (1-32), hitting eight fours and two sixes to help Afghanistan to 131-4 before he was dismissed by Cummins in the 37th over.

Samiullah Shenwari contributed 22 runs, while Mohammad Nabi (27 not out) and Gulbadin Naib (41 not out) ensured the scoreboard ticked over.

The Windies also made a disappointing start, Kieran Powell (2) trapped lbw by Dawlat Zadran (2-25) as the hosts fell to a 3-1.

Evin Lewis (21) and Shai Hope (35) steadied proceedings but once Jason Mohammed (7) was sent back to the pavilion, the Windies capitulated as Rashid took centre stage.