Winds die down but rain is still a threat to Hawaii 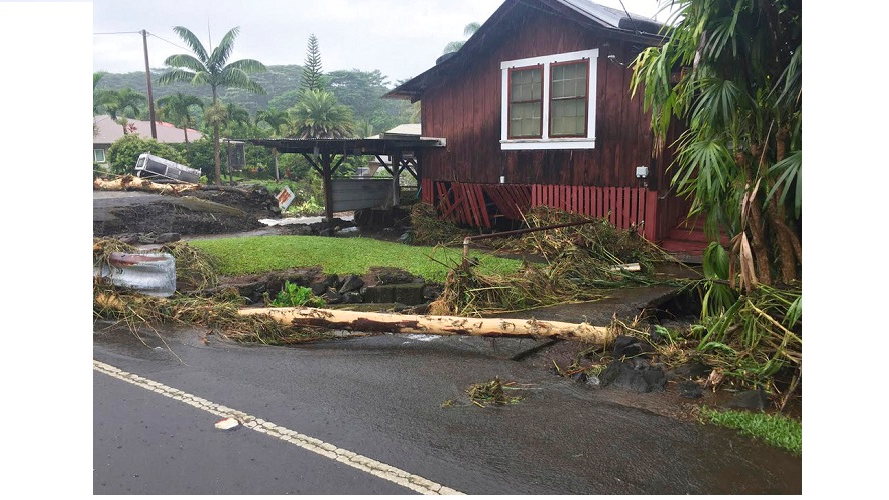 Strong winds have died down but officials warned Saturday that torrential rains still remained a big threat to Hawaii after once-powerful Hurricane Lane was downgraded to a tropical storm.

Forecasters said as much as 10 more inches of rain could fall on Oahu and Maui as the storm churned about 110 miles south of Honolulu, moving north at 3 mph.

"Don't let your guard down," Brock Long, administrator of the Federal Emergency Management Agency, said during a telephone briefing in Washington.

"Tropical storms can be very dangerous and Hawaii is not in the clear."

The storm has dumped nearly four feet of rain in some areas of the Big Island. Maui has seen about 12 inches of rain and wind gusts up to 50 mph in the past 24 hours.

Both islands have reported flooding and landslides.

Long said the biggest impact has been on transportation due to debris in roadways, downed power lines and damage to infrastructure, mostly on the Big Island.

No storm-related deaths have been reported.

On Saturday, winds on Maui were blowing about 11 mph and the storm was expected to turn west, which would lessen the threat to the islands.

The American Red Cross said more than 1,100 people were staying in shelters, mostly in Oahu. And while the number was down from earlier reports, officials said the figure shows a lot of people are still displaced.