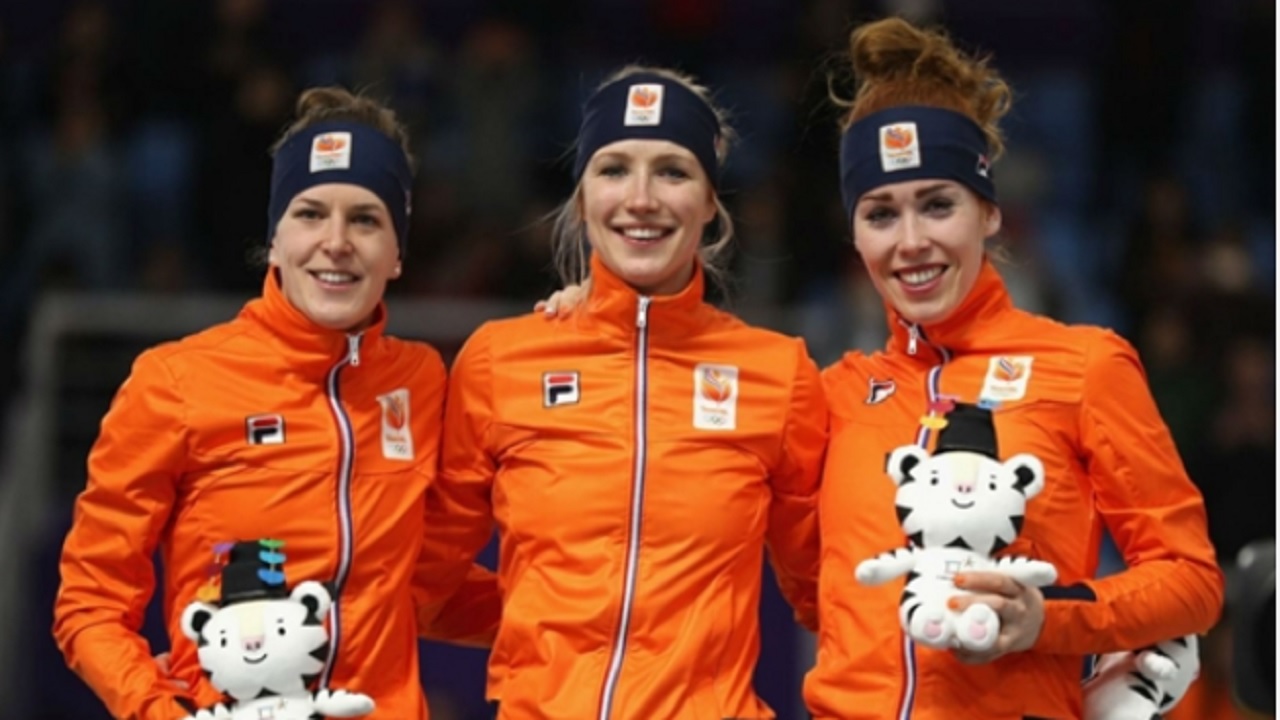 Netherlands enjoyed a profitable day at the Winter Olympics with a haul of four medals in Pyeongchang.

A clean sweep of the women's 3000 metre speed skating was the highlight, with Sjinkie Knegt adding to the Dutch joy by making a podium appearance.

But the biggest cheer was reserved for South Korea's Lim Hyo-jun as he opened the hosts' account in the 1500m short track.

Carlijn Achtereekte led the way ahead of Ireen Wust and Antoinette de Jong to complete a memorable Dutch treble.

Both Achtereekte and Wust dipped under the four-minute mark, while De Jong enjoyed an advantage of more than half a second over fourth-placed Martina Sablikova.

The fourth Dutch medal also came on the ice, with Knegt earning silver in the men's 1500m short track behind Saturday's most popular winner, Lim.

His triumph, which was sealed by an Olympic record time of two minutes 10.485secs, was greeted by wild celebrations among the home fans, with speed skating a hugely popular sport in South Korea.

On the final step of the podium in that race was Semen Elistratov, competing under the title of Olympic Athlete from Russia.

KALLA GETS THE PARTY STARTED

The first medal of the Games was claimed by Sweden's Charlotte Kalla in the skiathlon, which also saw Norwegian Marit Bjoergen write herself into the history books.

Kalla won by 7.8secs over the 15-kilometre circuit, taking a third Olympic gold, while silver took Bjoergen's tally to 11 medals, making her the most decorated female Winter Olympian in history.

The two remaining gold medals up for grabs went to Germany duo Laura Dahlmeier in the 7.5km biathlon sprint and Andreas Wellinger in the men's normal hill ski jumping event, which went on beyond midnight in windy conditions.

UNITED KOREA TAKE TO THE RINK

Another moment of history came at the Kwandong Hockey Centre, where a united Korea women's team took on Switzerland.

The two nations appeared together under a united flag at Friday's opening ceremony to strike a fitting tone for the Games.