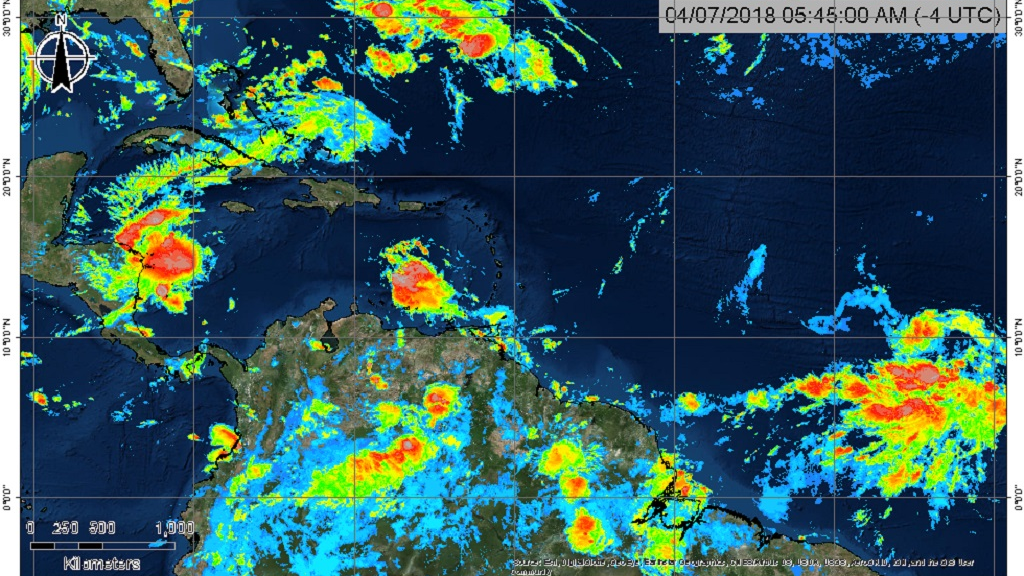 Coming out of the second hottest June globally, extreme weather is being experienced across the world.

The Centre also notes that temperatures were well above average over much of the USA, central Canada and North Africa, and over the Middle East and northern China.

The USA experienced the 3rd hottest June on record despite many parts of the country having had well above average minimum overnight temperatures, according to the US National Centers for Environmental Information.

Additionally, four severe storm events and two winter storm events resulted in the deaths of 36 people and had significant economic effects on the areas impacted. Losses exceeded $1 billion each across the States.

The NWS issued an excessive heat warning for South East California and Southwest and South-Central Arizona, valid through July 25. Temperatures in Las Vegas valley could reach up to 46°C and Death Valley National Park 53°C.

In Canada, a heatwave combined with high humidity in the province of Quebec contributed to dozens of deaths, especially among the vulnerable and elderly.

Parts of Eastern Canada saw a brief return of wintery weather, with snow in parts of Newfoundland and Cape Breton (Nova Scotia), and temperatures of -1C, in St John’s and Halifax. Winter weather this late in the year is rare, this being the first since 1996.

Japan experienced a series of disasters with 10,000 houses destroyed and/or inundated after the country suffered the worst flooding and landslide in decades. Official government figures put loss of human life at 200.

West Japan and Hokkaido experienced record precipitation during the period June 28 to July 8, according to the Japan Meteorological Agency (JMA).

For instance, 1,800 mm of rain fell in Shikoku, 1,200 mm in Tokai, 900 mm in North Kyushu, 600 mm in Kinki, and 500 mm in Chugoku. The extraordinarily heavy rainfall amounts triggered a large number of landslide, inundation and flood events.

Meanwhile, temperatures were exceptionally high over large parts of northern Siberia in June 2018 – a trend which continued through the first week of July.

The Western Siberian Hydromet Center of Russia issued a storm warning due to temperatures of more than 30°C for more than five days, expected to last between July 9 and 16.

This creates high risks of wildfires as well as of power supply, transportation, and utility services disruptions and drowning of people escaping the heat in water. Krasnoyarsk Region reported daily anomalies of 7°C above average, with fires already impacting about 80,000 hectares of forest.

While it is impossible to attribute the individual extreme events of June and July to climate change, they are compatible with the general long-term trend due to rising concentrations of greenhouse gases.

Recent studies have found that the probability of the extreme event has been influenced by human activity, either directly or indirectly.

Of 131 studies published between 2011 and 2016 in the Bulletin of the American Meteorological Society, 65 percent found that the event’s probability was significantly affected by human activities. In the case of some extreme high temperatures, the probability increased by a factor of ten or more.

Whilst some studies have found that the probability of some extreme precipitation events was increased, most often indirectly, by climate change, for many other studies the results have been inconclusive.

However, the IPCC 2012 Special Report on Extreme Events anticipates that “it is likely that the frequency of heavy precipitation or the proportion of total rainfall from heavy falls will increase in this century over many areas of the globe” and that “a 1-in-20 year annual maximum daily precipitation amount is likely to become a 1-in-5 to 1-in-15 year event by the end of the 21st century in many regions”.