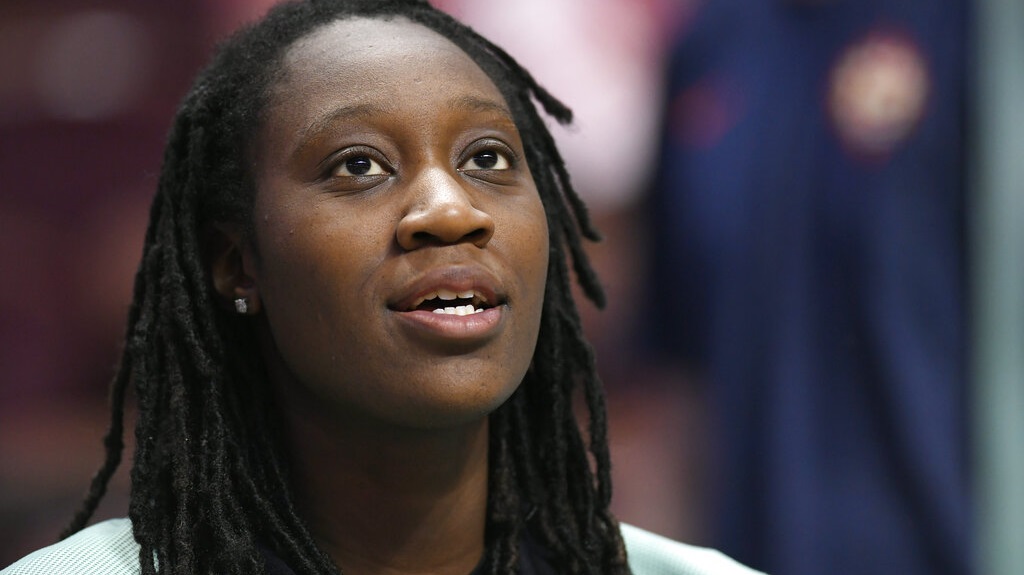 WNBA star Tina Charles, who has Tobagonian roots, reportedly met with Prime Minister Dr Keith Rowley while researching a film she produced about her father's record store and music label, 'Charlie's Records', which premiered over the weekend at the Tribeca Film Festival.

The WNBA star produced a documentary about her Tobagonian father Rawlston Charles and his Brooklyn-based record store and music label — known as Charlie's Calypso City and Charlie's Records, respectively — and it debuted over the weekend at the Tribeca Film Festival.

"I put my heart and soul into this and was so excited to let the world know about my father," Charles said in a phone interview Sunday.

Charles acknowledged she was nervous and excited before the film "Charlie's Records" premiered Friday night. The documentary was so well-received that the film festival added a second showing on Saturday night. 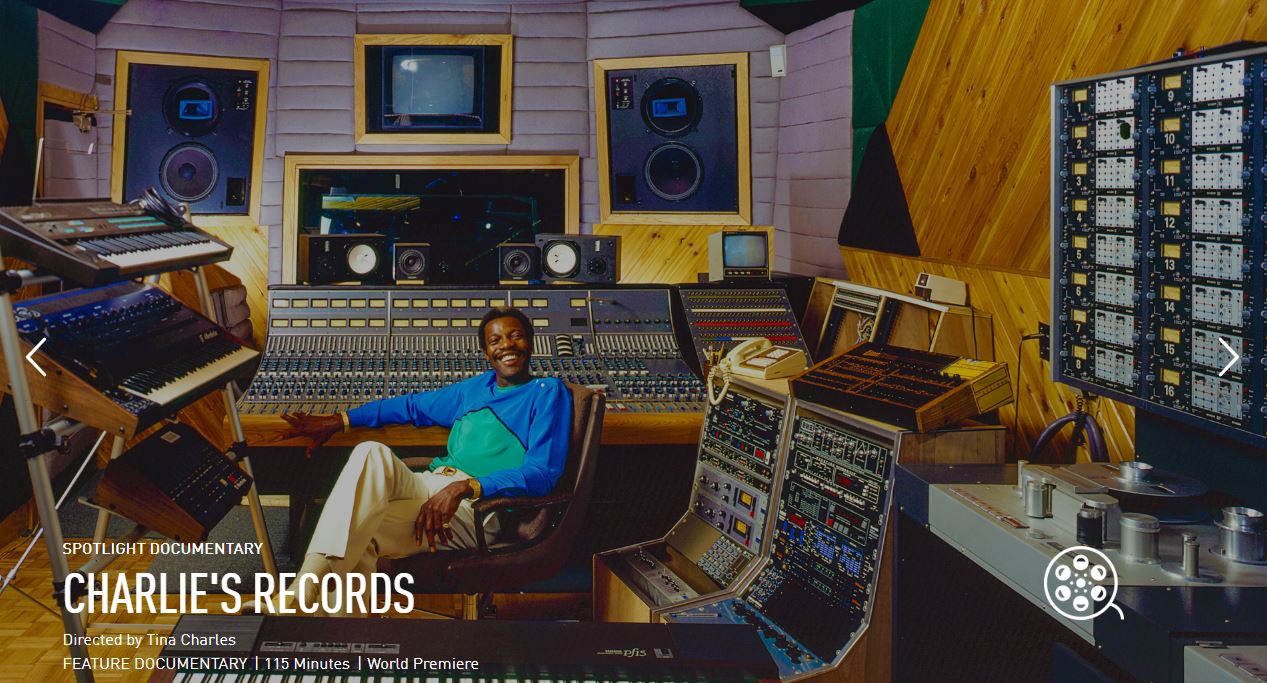 She was so happy that her dad enjoyed the film.

"He was speechless, didn't have any words," Charles said. "He saw the hard work I had put in, he was with me every step of the way, so he saw everything I was doing."

Charlie's Records opened in 1972, five years after his arrival from his native Tobago. He wanted to create a place where immigrants from his area could hang out and where Calypso music, an Afro-Caribbean style that originated in Trinidad, could flourish.

The store continues to operate on Fulton Street in Brooklyn — a few minutes' drive from where the filmmaker's WNBA team practices now. Mementos from his daughter's basketball career adorn the walls of the store.

"He's an unsung hero. It was really neat for me to tell the story," the New York Liberty star said.

Charles, who is the youngest of her father's six children, was just a child during the record label's heyday. She was hanging out at her father's store in 2017 when former UConn teammate Kalana Greene suggested that Charles make a documentary about her father.

She initially thought the project would be a good one for Spike Lee and the WNBA All-Star was able to get a meeting with the director to pitch the idea. Lee remembered hearing the music blasting on Fulton Street as he was growing up.

"When I told him about it, he saw how passionate I was," she said. "He said, 'You know you have to do your own movie. You have to go through this. Nobody else is going to tell your father's story the way it needs to be told other than you."

Lee gave Charles two DVDs. One was "4 Little Girls," which he directed, and the other was a Kobe Bryant DVD. He signed them saying, "Do your damn movie" on one and "All the best Tina" on the other. They've served as inspiration for her during the filmmaking process.

Charles did not play overseas during the past two WNBA offseasons as she usually has, instead spending nearly every free moment working on the film. 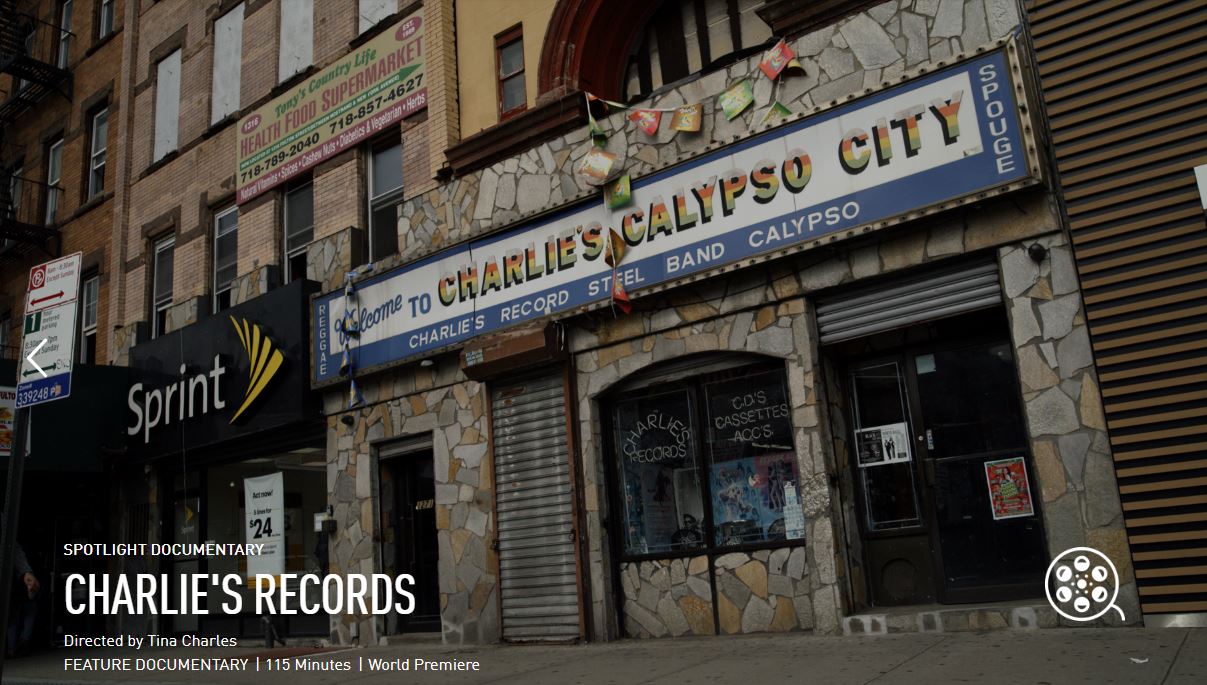 In addition to filming and researching in New York, she flew to Trinidad and Tobago to interview famous Calypso performers. She even landed an interview with Prime Minister Dr Keith Rowley.

Charles had no background in making movies, but she was fortunate to meet Jane Rosenthal — one of the founders of the Tribeca Film Festival.

"She took me under her wing and sealed the deal on the documentary," said Charles, the No. 1 overall pick in the 2010 WNBA draft after an outstanding college career at UConn.

"She was sort of like coach (Geno) Auriemma, that she got the best out of me and not let me be complacent," Charles added. "Not settle on the depth of creativity."

Charles was used to being interviewed, having played professionally since graduating from UConn and knew how to get the best responses out of her father and other people she spoke to for the film.

Charles' teammates from the Liberty took in the premiere Friday night. The documentary had special meaning for guard Kia Nurse.

"I called my grandparents right after because they are from Trinidad. My dad is from there as well. I told them there's this whole movie, you're going to love it," she said.

"These are all songs that we listened to with my grandparents at Christmas. I didn't know the whole background to it, but as they were playing the music through the movie I was like, My grandma loves these, we dance to them at Christmas. It's her happiest time of year.' I can see how happy his music makes people even when they are far away from home and that's really special to me."

Charles thinks she isn't done being a filmmaker.

"In my mind, thinking what can I do next?" she said. "I know there are so many other unsung heroes out there like my father. WNBA players doing great things off the court that's not documented. A lot of things are going through my mind. How can I continue to put individuals out there?"

Rawlston Charles migrated from Tobago and entered the United States in December 1967. Living in Bedford-Stuyvesant in Brooklyn, NY, Charles had a vision to promote Calypso and Soca music and its artist to the world through his record store, Charlie’s Calypso City, and music label, Charlie’s Records. Charlie’s Records reveals the American Immigrant story of an unsung hero.