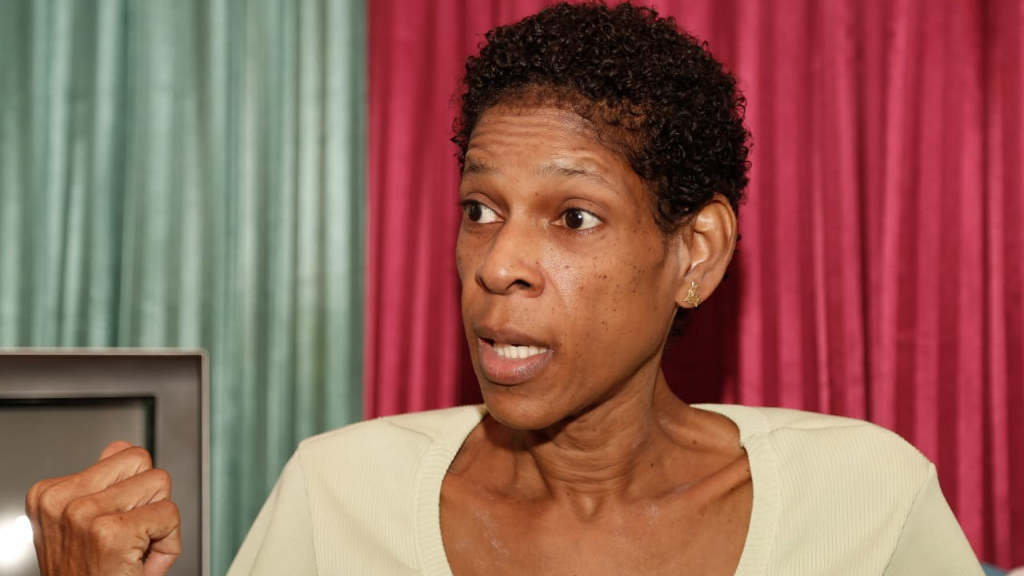 Gloria Nicome lives with a 160-pound tumour growing on her back, buttocks, hips and legs after suffering a fall in 2011. The massive growth has severely affected her mobility.

Confined to her Malabar apartment, getting around to complete simple, everyday tasks has become increasingly difficult for 52-year-old Gloria Nicome, who is burdened by a 160 pound tumour growing on her back.

In 2011, Nicome’s life was turned upside down when she fell on her buttocks at her job place where she worked as a production supervisor at a meat shop.

A lump appeared not long after and began growing at a rapid rate.

She was diagnosed with plexiform neurofibroma, a condition in which a tumour may arise from the nerves underneath the skin surface, or from nerves deep within the body. Tumours associated with this condition are usually benign.

The condition is considered non-life threatening.

Doctors attempted to operate to remove the growth, but when she began bleeding uncontrollably, the surgery was stopped.

The 52-year-old woman now lives with a 160-pound tumour growing on her back, buttocks, hips and legs - which has severely affected her mobility. 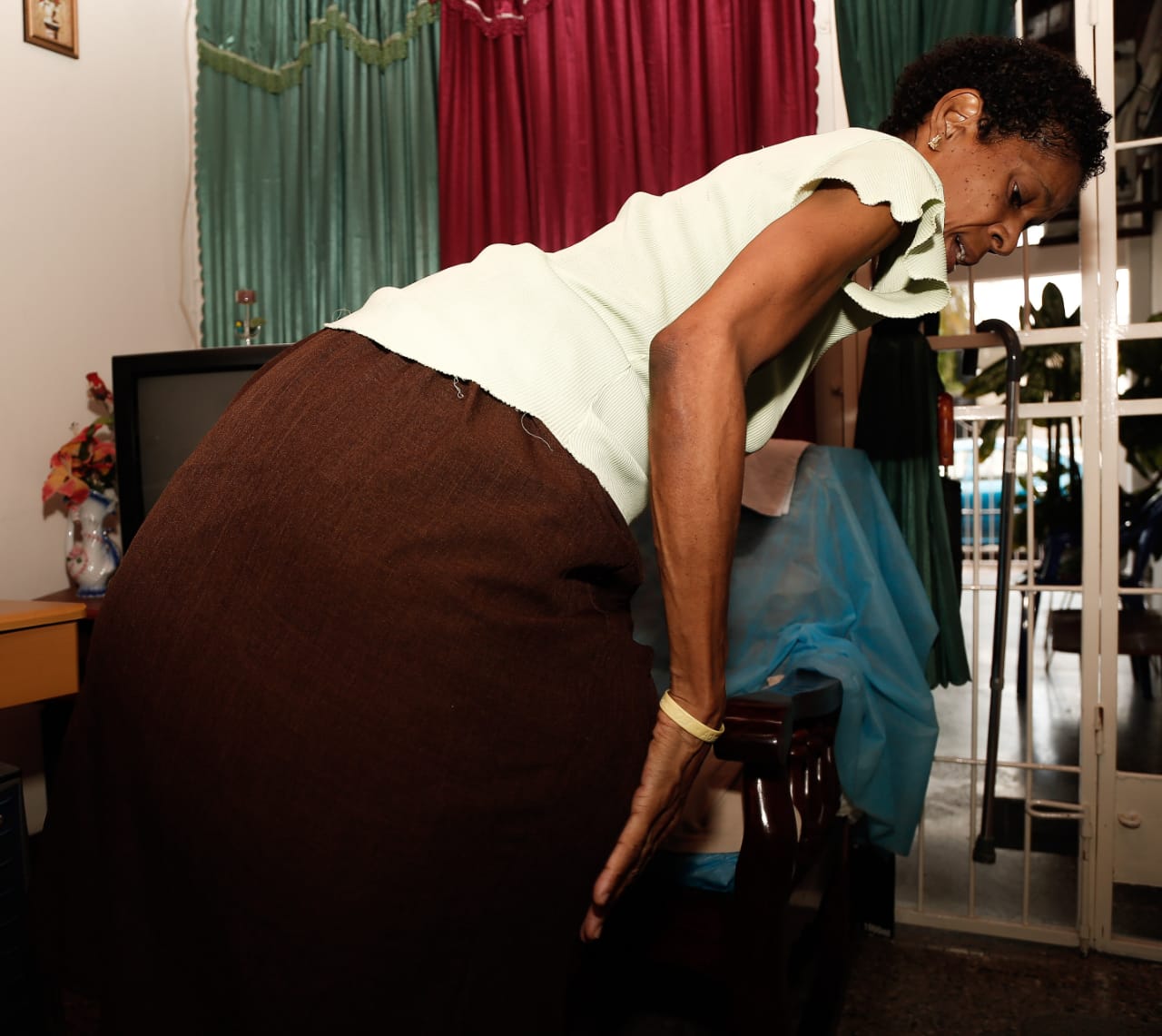 A 160 pound tumour has made getting around difficult for Malabar resident Gloria Nicome.

Speaking with LoopTT in a telephone interview on Tuesday, the woman said while she continues to keep faith in God to see her through, she is sometimes stressed out and tired due to her living situation.

"You really have to encourage yourself," she said. "After that surgery I wasn't eating and drinking. I was drained. I got really small. I had to ask the Lord for strength to get me through."

She explained that day to day tasks have become increasingly difficult as she has no relatives to offer her any assistance to get things done around her apartment, like cleaning, cooking and washing.

It's also difficult when it's time for her to get a haircut, she said.

She requires assistance to get to her twice a week clinic appointments - the only time she leaves her apartment. In the interim, however, she said nurses from the Arima District Health Facility have returned to assist in getting the tumour dressed, as it has been oozing.

North Central Regional Health Authority (NCRHA) CEO Davlin Thomas said the woman has been receiving homecare and medical supplies have been provided for cleaning the wound on the tumour; the condition of which has improved.

Nicome requires surgery to have the tumour, which she has been advised to have done abroad.

She is hoping to have the procedure done within the next two to three months so she can return to her previous independent lifestyle.

Meanwhile, the woman is now concerned that she may be forced to move out of her apartment.

She said her landlord has cautioned her about "strange people" coming in. But, she said, this has not been the case as she is aware of the people who would be coming to her and what business they have there.

Nicome, who said that she applied for an HDC home nine years ago, is hoping that she can be relocated soon.

"I was called for an appointment last year but because of my situation I sent someone in my place. They told that person that I needed to be there and they would come and visit me at my apartment, but no one ever came."

"I don't know what the delay is. I have all my documents right here. I not making any fuss at all. I will take anything," she said.

When contacted, the HDC said it would review her case.

She says this is not enough to sustain her and is now pleading for assistance from the public.

"I would be grateful for any kind of assistance that anyone can offer me at this point."

Those who wish to assist can make a deposit to Nicome’s account with Republic Bank – Account Number 460445189731.

Spotting the fakes: Is your medication safe?