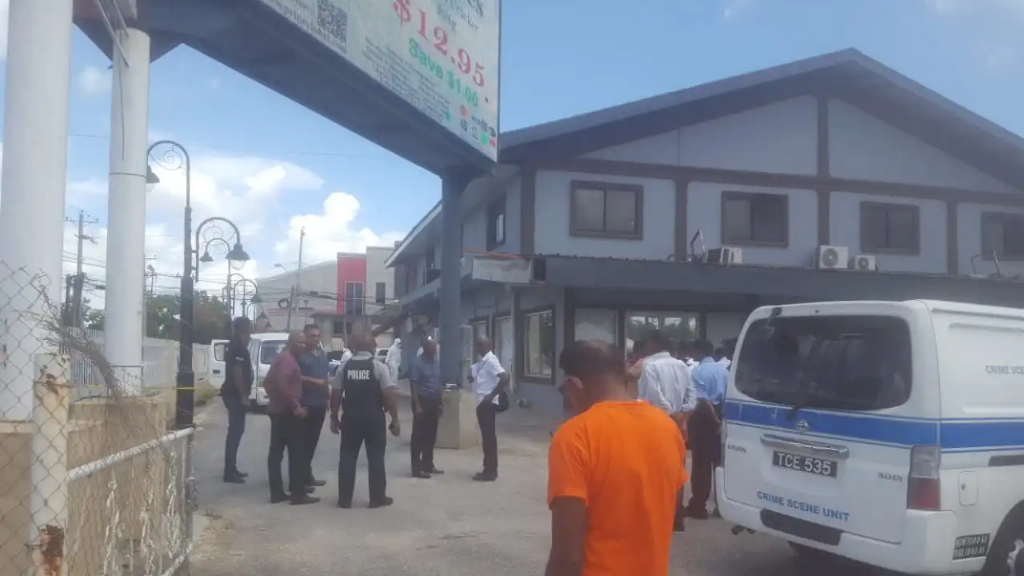 Police and bystanders gathered near the scene where a body of a woman was found.

Police were called to the scene of a homicide in Chaguanas where a woman was found dead in the bathroom of an attorney's office on Friday morning.

While up to midday information was still coming in, the victim is said to be Nicole Debideen, 44, of California.

Dabideen was said to be employed as a secretary for attorney-at-law Mary Racmharitar.

According to reports, around 10:15 am, Ramcharitar opened her office, located along Ramsaran Street, Chaguanas, and discovered the victim's body in one of the bathrooms.

A team of officers led by Snr Sup Balram and Inspector Alexander are on location.

Officers say they plan to review security camera footage which they hope will aid with the investigation.