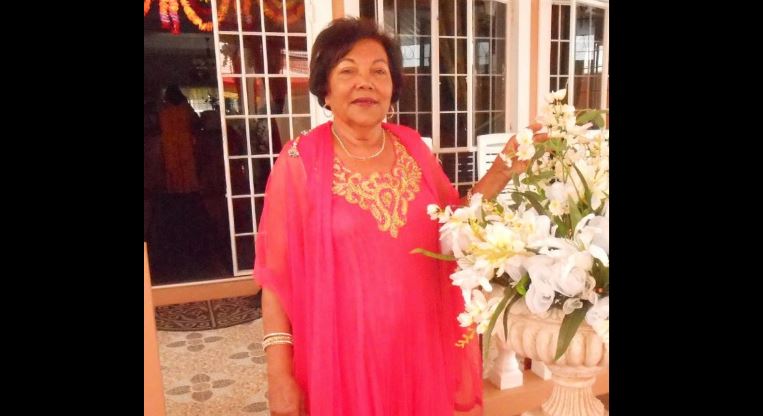 Police visited the scene in Chaguanas where the body of a woman was discovered on Monday morning.

The deceased has been identified as 76-year-old Ramdevi Singh.

According to reports, at about 6:30 am on Monday, officers of the Chaguanas Police Station received a report of a body of a woman discovered at a home along Imamshah Street, Chaguanas.

Officers responded to the report and upon arrival at the location, they found the nude body of a woman lying on the floor of the home.

There appeared to be a piece of cloth around her neck.

The area was cordoned off and officials from the homicide bureau were notified.

Officers are waiting for a district medical officer to examine the body to make pronouncements, however, LoopTT was told that it appeared as though the woman was strangled.

Investigators were told that residents of the area heard screams from the woman's home around 4:00 am on Monday morning, however, they were quickly silenced.

Son of Claire Broadbridge urges citizens to fight back