Woman regrets her photos of 'Cosby' actor working at store 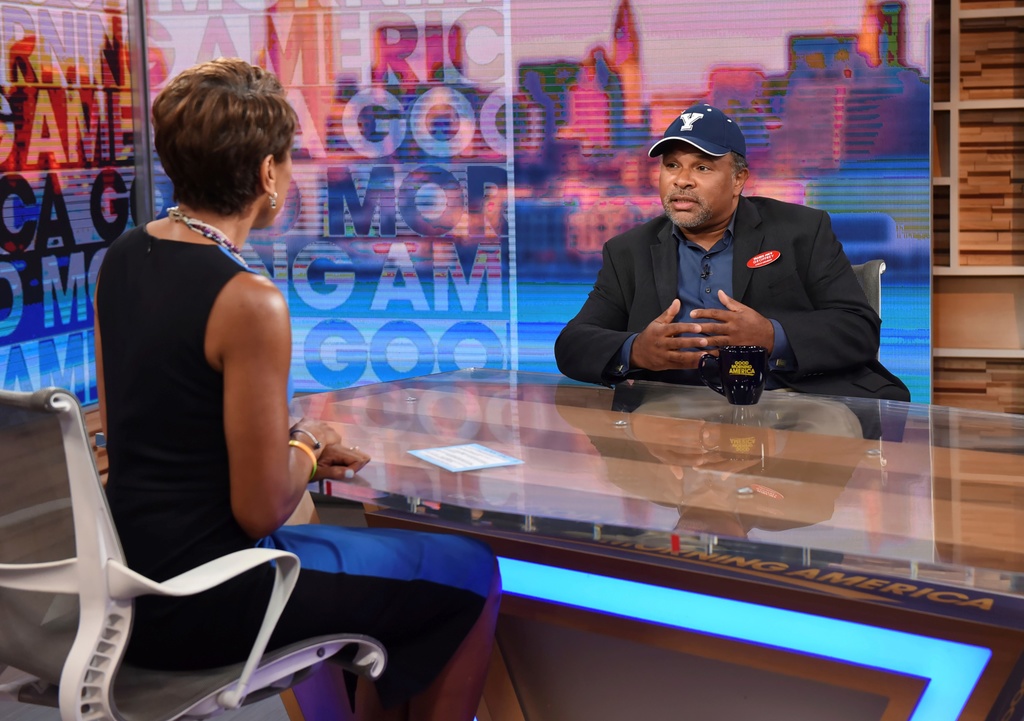 The woman who took photos of a former regular on "The Cosby Show" while he worked at a New Jersey grocery store says she's filled with regret over the uproar they caused.

Karma Lawrence tells NJ.com she took the photos on impulse and meant no ill will toward Geoffrey Owens. She shuttered her social media accounts after her photos showed up on news sites and she received a wave of negative responses.

Owens played Elvin Tibideaux, the husband of the eldest daughter of Bill Cosby's character on the TV show. The photos showed him at a register scanning items at a New Jersey Trader Joe's complete with a "Geoffrey" name tag, but he has since left the job due to the unwanted attention.

Numerous actors and members of the public voiced support for Owens, saying there's no shame in being a working actor.

Owens played Elvin Tibideaux, the husband of Sondra, the eldest daughter of Bill Cosby's character on the TV show.

Owens said people had recognised him in the past and that it was never an issue, noting they were "very, very cool about it." The 57-year-old actor said he hasn't had an acting job that lasted more than 10 weeks since leaving "The Cosby Show," but has taught acting at Yale and worked other jobs related to entertainment.

"I wanted a job where I could have some flexibility" if auditions or other matters came up, Owen said in an interview on ABC. "I didn't advertise it, not because I was ashamed of it, but because I didn't want the acting community to think that I wasn't pursuing acting anymore."

Though Owens stressed that he didn't want to be offered jobs because people felt sorry for him, Tyler Perry reached out to the actor on Instagram and offered the 57-year-old a gig on the Oprah Winfrey Network.

"#GeoffreyOwens I'm about to start shootings OWN's number one drama next week," Perry announced on Twitter Tuesday, referring to "The Haves and the Have Nots." "Come join us!!! I have so much respect for people who hustle between gigs. The measure of a true artist."