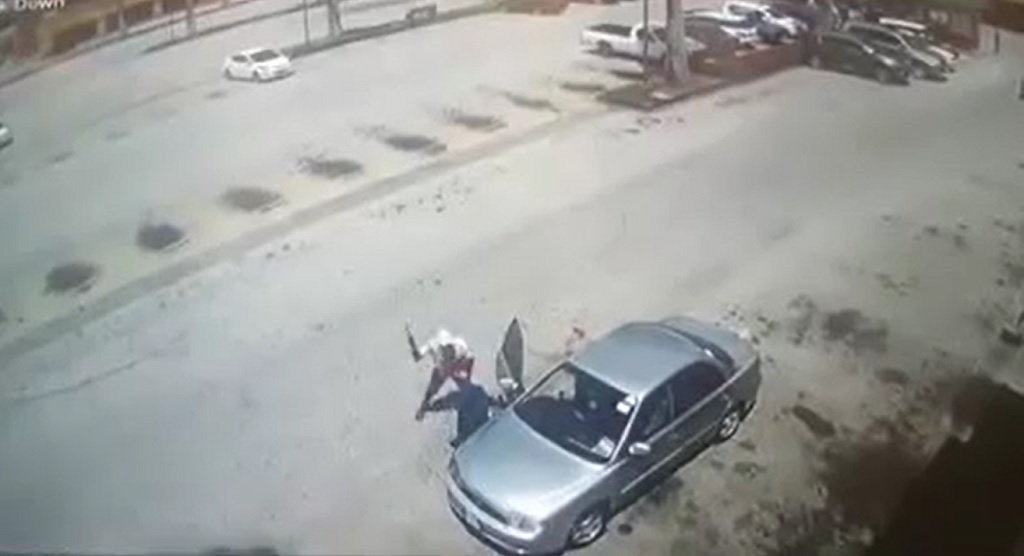 Despite being struck in her head close to 100 times, 37-year-old Kemba Olufemi remains warded in a stable condition at the San Fernando General Hospital.

On Monday, Olufemi was involved in an incident at the carpark of the Tropical Plaza, Point a Pierre, where she was attacked and beaten by 60-year-old Lloyd Logan.

The incident reportedly took place shortly after 11 am and was even recorded on CCTV footage. At the time Logan was armed with a firearm.

Olufemi, of Macaulay Village, Claxton Bay, was said to have been in a relationship with Logan which had recently ended. However, they both agreed to meet at the plaza yesterday.

It was during this meeting that the attack took place.

After the brutal beating, Logan walked a short distance away and drank a poisonous substance. He later died while undergoing medical treatment.

While she is said to be in a serious but stable condition, from initial information, her injuries are not said to be life-threatening.

An autopsy is expected to be performed today at the Forensic Science Center in St James on Logan’s body.