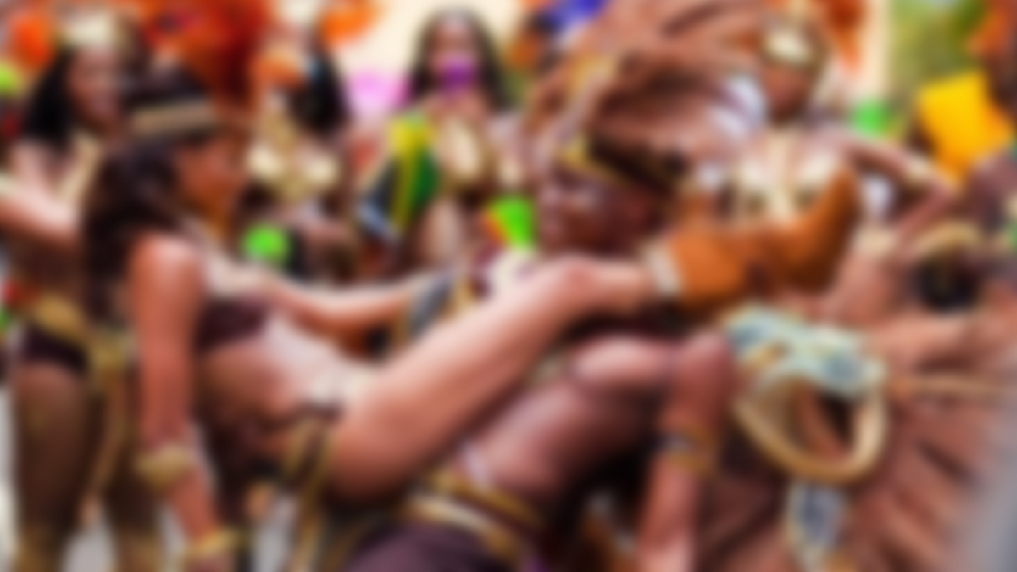 Feminist group Womantra has shared some friendly advice on ‘wining etiquette’ after debate continued online regarding whether men should ask before dancing with a woman over the Carnival period.

Police confirmed in last week’s statement on Carnival safety that wining on a woman without her consent is unlawful.

The group shared an infographic in a public post on wining etiquette, including how to approach a woman and how to gracefully move on, if the wine is denied.

The post comes after one man refuted accusations of slapping a woman on her buttocks at a fete over the weekend. 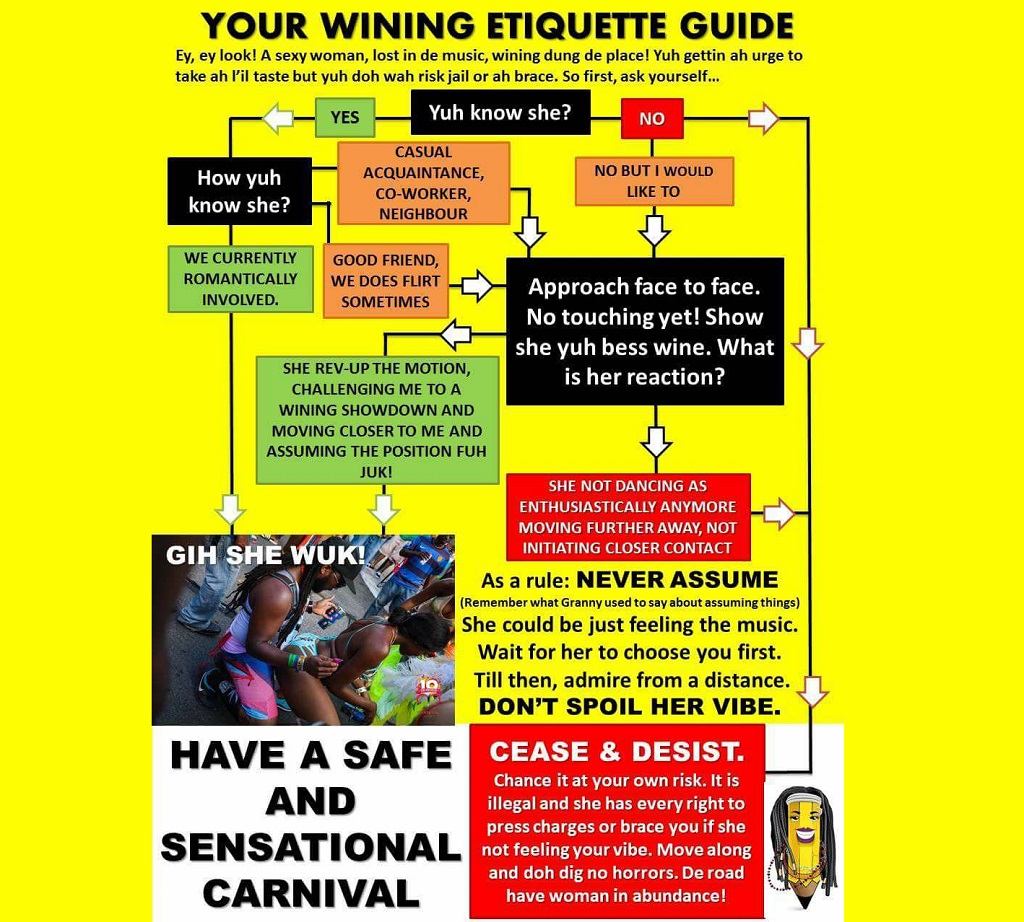 Many agreed with the statement, while others disagreed.

"Timely for carnival. A wining guide for people who may not grasp boundaries and the concept of personal space and consent."

“Honestly. As much as this is to be posted. A genuine man. Knows these rules. It's innate. Respecting women/ people is supposed to be your nature not just a 'hey this is what u should do'.”

However, some men argued that women could be just as aggressive at times.

"These girls better leave me alone...I calling the police. #askmenicely"

"Ok going and start complaining to the cops women tusty as hell out here too."

"Men if a woman you doh want to wine on you start backing back on you or approaching you from the front to wine on you, feel free to also brace or report as needed. It works both ways!"

In 2017 a Carnival video went viral when one masquerader retaliated with an angry elbow after one eager man continued to wine on her without her consent.

In yet another development, soca artiste Machel Montano reportedly said at a weekend fete that men should disregard police warnings and ‘take a wine’ anyway.

UPDATE: Carnival fetes that are no more for 2018