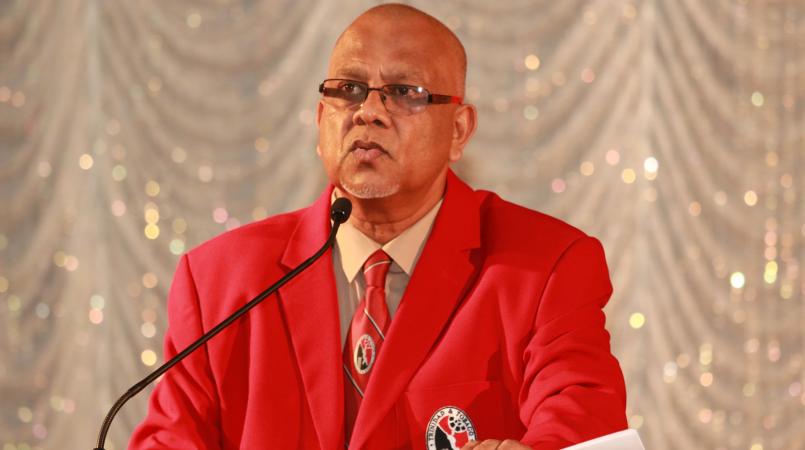 Women's cricket has been identified as one of the major success stories of the last year by President of the Trinidad and Tobago Cricket Board, Azim Bassarath.

He said the Women’s Cricket Federation under Jocelyn Francois Opadeyi continues to establish itself as a proud asset of the TTCB, spiraling upwards as the positive results of the last season clearly show.

Bassarath heaped plaudits on the women’s game recently when he addressed the graduation ceremony of the 2016 inductees of the NGC Cricket Academy at the Sir Frank Worrell Development Centre in Balmain, Couva.

He said the Red Force Divas won both the Senior Women’s 50-Overs, and T20 titles in the West Indies Cricket Board regional tournament staged in Guyana; while the Under-19 team were victorious in the T20 competition played here at home.

The TTCB’s top official also pointed to the contribution made to the stellar cricket product by the Tobago Cricket Association and its president Kerwin John, under whom a bright future is being charted, building on the work of his predecessors.

“Facilities are being improved, clubs are being engaged, cricket development is ongoing, and recognising all of this, more cricket is being promoted by the TTCB for the people of the sister isle,” said Bassarath.

He also pointed to the excellent work being undertaken by the Secondary Schools Cricket League which he described as “a creative organisation” under its top official Surujdath Mahabir.

“Their competitions attract wide interest and participation and we are extremely pleased with the efforts of this affiliate in building the foundation for future generations of local cricket stars,” said Bassarath.

Also, noted for their input as development partners in crafting a culture of excellence and success in cricket was the Primary Schools Cricket Association which will be working closely with the national governing body for the sport to ensure cricket thrives from the infant level and upwards.

“The Primary Schools Cricket League under the guidance of Mr Brent Francis and his hard-working team has also delivered with its usual gusto. This is the starting point of development for education, cricket, most sports activities and life,” said Bassarath.

Lauded for their support which has significantly contributed to the strength of the local cricket product were the umpires, match referees and scorers who Bassarath said provide yeoman service over the years.

“Though at times they are maligned, the game cannot really be played with match officials and adjudicators and urge them to continue to work towards increasing the level of professionalism within the fraternity,” he said.

“We observe the upward mobility of many of our umpires and urge them to continue to work towards increasing the level of professionalism within the fraternity,” he said.

And he had a special word for the scorers and statisticians. “You all are playing a greater role in the sport of cricket and will be called upon to deliver accurate and real time information for our coaches, managers, journalists, fans and supporters who will increasingly call for, and utilise your services,” Bassarath said.

These components form a crucial part of the engine that has worked well over the past years to create the success being enjoyed by the national team which this year swept an unprecedented seven regional championships.

He listed Trinidad and Tobago’s achievements in 2016 as:

He said the TTCB remains proud of their hard work and achievements despite the serious challenges faced and the unjustified criticism levelled against the administrators by the naysayers who only preach doom and gloom.

“Congratulations to each and every person who has assisted in making history for Trinidad and Tobago and for going beyond and above the call of duty for the sport of cricket and the nation at large,” said Bassarath.

The TTCB official said there is much unseen work being done on behalf of national cricket in the field of grass root development, community and specialist coaching, technical workshops, and the training of officials and administrators throughout the year.

“As we come to the end of yet another calendar year, we have much to reflect upon and much to celebrate,” Bassarath said, as he thanked his organisation’s loyal partners in the sport, including the National Gas Company Group, PowerGen, Atlantic LNG, Courts, Ashmead Ali Contracting Services Limited, Metro Hotel and several others who support the growth and development of the local cricket.