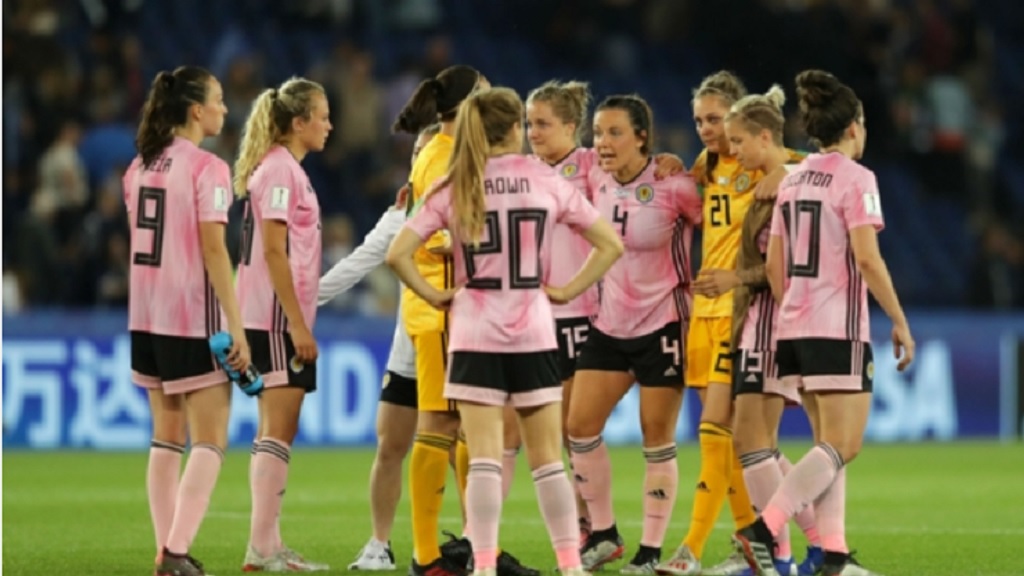 Scotland crashed out of the Women's World Cup in controversial fashion after Argentina fought back from three goals down to draw 3-3 on Wednesday.

Following 2-1 defeats to both England and Japan in their opening Group D matches, Scotland needed a victory to stand a chance of progressing into the last 16, and they looked to be cruising through as one of the best third-placed sides when Erin Cuthbert put them 3-0 up in the 69th minute at Parc des Princes.

Kim Little's effort had got things rolling for Shelley Kerr's side, before Jennifer Beattie's header improved matters early in the second half.

But Argentina hauled one back five minutes after Cuthbert's close-range strike, with Lee Alexander's own goal setting up a grandstand finish.

The VAR then came to the fore, with the referee overturning her decision not to award a penalty for Sophie Howard's lunge on Aldana Cometti.

Alexander looked to be Scotland's hero when she saved Flor Bonsegundo's spot-kick, but there was to be another twist when the VAR adjudged the goalkeeper had moved off her line before the penalty was taken.

Bonsegundo made no mistake from her second attempt, slotting down the middle as Argentina secured a famous result to break Scotland's hearts.

There was rather less drama in Group D's other match, as England comfortably dispatched Japan to secure top spot.

Having scored early on with a deft finish over the advancing Ayaka Yamashita, Ellen White doubled her tally late on to wrap up a deserved win over a Japan side that beat England in the semi-finals in 2015.

Karen Bardsley made a brilliant save in the opening minutes, but was rarely tested in England's goal as Phil Neville's side claimed maximum points from the group stage.

While England will wait to see who they will face in Sunday's last-16 game, second-placed Japan will take on Canada or Netherlands.