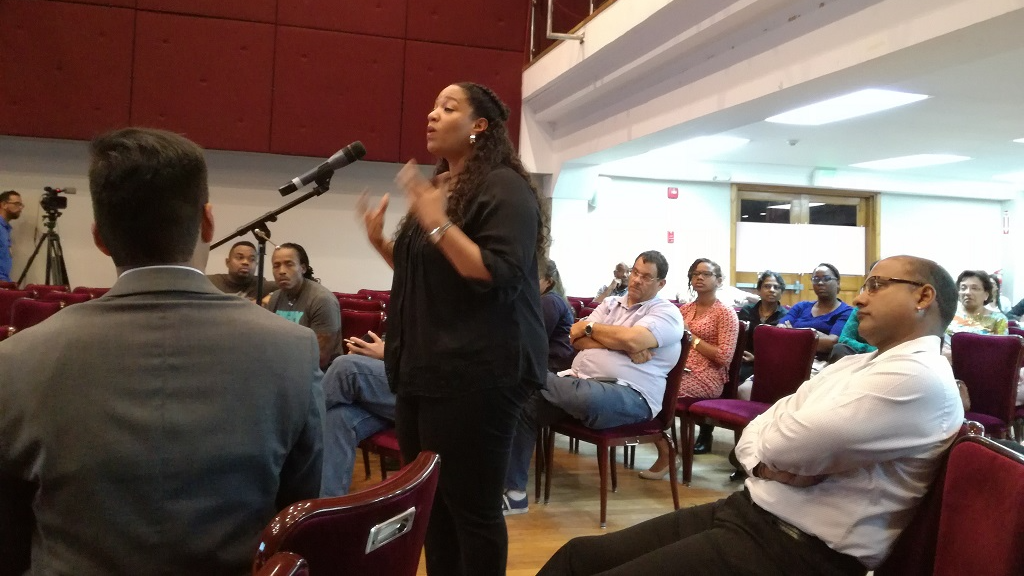 (Photo: Spokesperson for the T&T Promoters' Association, Paige de Leon, speaks at the meeting, which was held on Tuesday, January 30, 2018.)

Head of the Woodbrook Residents Association, Lynette Dolly said based on the volume levels of music at some events in the area, some young people must be hearing impaired.

Speaking at a public meeting on hosted by Port of Spain mayor Joel Martinez and the Environmental Management Association (EMA) at City Hall, Port of Spain, Dolly said she observed that noise levels were so high that she heard performers quite clearly in her house.

“The decibel level has gotten so high that why should I stay in my home. I can tell when Kes started to sing ‘Hello Hello’ (during the CIC All Inclusive Fete at CIC grounds). What is happening to people in the fete if I can hear it so far away? Something must be going wrong with the hearing of our people.

“If they want the music to be louder and louder it means they’re becoming hearing impaired, go and have some tests done,”

“The view that Carnival is dying is because of what is being done with indiscipline. Carnival is supposed to start at 4am on Monday morning but it does not, there are music trucks from the night before. That is indiscipline, not adhering to the rules,” she said.

Dolly said much of Carnival happens on Ariapita Avenue and more regulation should be enforced. 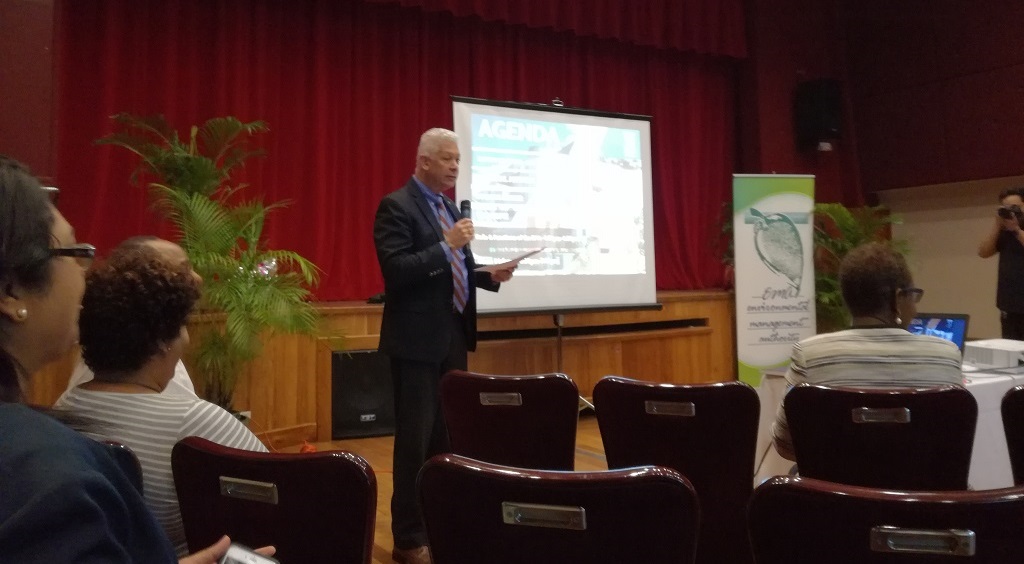 Value of Carnival fetes being overlooked

Spokesperson for the recently-formed Trinidad and Tobago Promoters’ Association, Paige De Leon, said although promoters agree with the need for a healthy environment, the value of Carnival as a revenue earner should not be overlooked.

De Leon said the group is lobbying for legislation to be amended to allow promoters to carry out events in the area, unhampered.

“We recognise there are challenges…everyone recognises that the entertainment industry is a big factor in bringing investment into Trinidad and Tobago and in an economic time where we need to diversify, we need to add fuel to the economic fire, we want to cement our value by putting this on the front burner.”

“We want to change the way noise is viewed…we recognise that some changes need to be legislative changes. We also live and work in Woodbrook and we want to ensure that we have a space that allows us to live and operate commercially.” 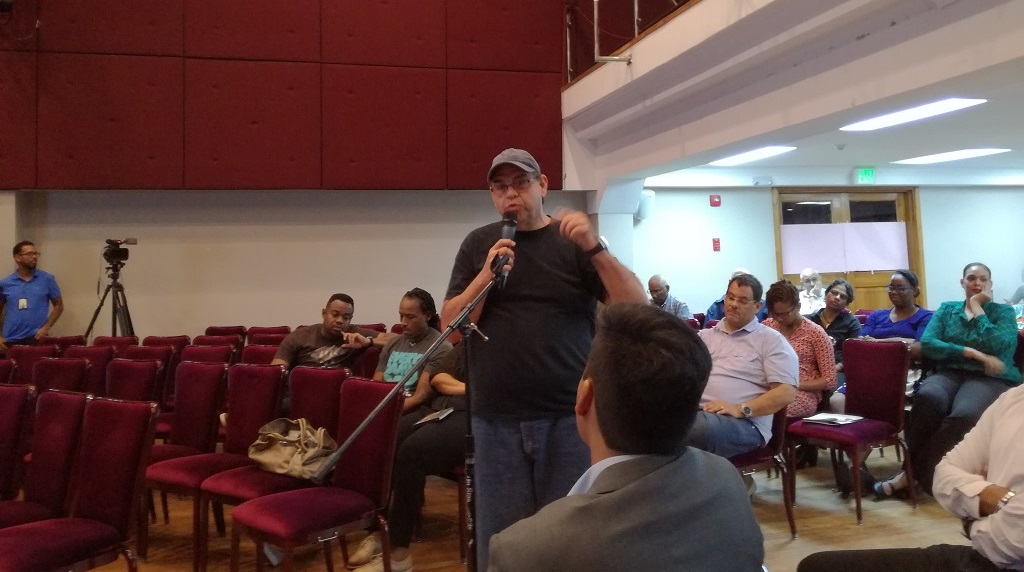 DJ/promoter George Gonzales, who is also a Woodbrook resident, agreed that there is a problem, however he sees it more as an inconvenience, which shouldn’t detract from the value that Carnival events in the area bring to the city.

“Let’s not look at it as it’s a problem and we are the villains, let’s just work together and it may be an inconvenience,” he said.

De Leon and Gonzales said other Carnivals are growing rapidly and that if Trinidad and Tobago does not adapt, they may be left behind.

“As it stands right now, Carnival is being strangled slowly,” said De Leon.

Event promoter and founder of Island People, Derrick Lewis said Carnival festivals in Barbados and Jamaica are taking off.

“Jamaica has come together, their promoters’ association has gotten together with the Jamaica government and tourism ministry and they say they’re going to make the biggest and best Carnival in the world.”

“Whoever thinks we’re going far ahead, they’re wrong…we are bigger, but they are growing much faster,” he said.

Woodbrook residents also commented on effluent from small businesses in the area who dump oil and other waste into the drains. The EMA agreed that this needs revision.

Martinez said he was pleased that all parties were able to come together and converse peacefully.

“We have had residents who have been complaining for years and no one listened to them, but now we are meeting on it, which means we are making progress,” he said.