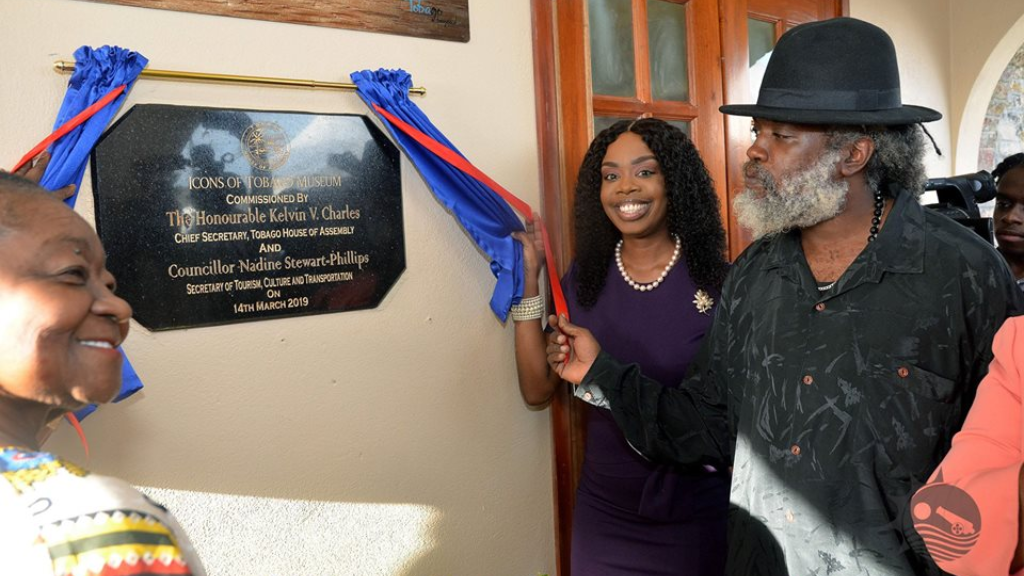 (L-R) Calypso Rose, Secretary of the the Division of Tourism, Culture and Transportation Nadine Stewart-Phillips, and Sharlan Bailey, son of the late Mighty Shadow

The work of musical icons Calypso Rose and the late Mighty Shadow will be forever cemented at the Icons of Tobago Museum with the recently launched Calypso Rose and Shadow Interactive Museum at Fort King George.

Secretary of Tourism, Culture and Transportation, Councillor Nadine Stewart-Phillips described the moment as exhilarating and an illustration of Tobagonians' appreciation for the achievements of its icons.

She noted that the decision to merge the Division of Tourism, Culture and Transportation has once again proven to be a strategic move that continues to yield favourable outcomes for the people of Tobago. Councillor Stewart-Phillips said that, as the latest addition to the island’s list of unique tourist attractions, the Calypso Rose and Shadow Interactive Museum Exhibition will do so much more than bolstering the island’s tourism offerings.

The museum will highlight the works, life, music, and achievements of two of the island’s cultural icons and highlight the role of the calypsonians as storytellers, historians, and writers.

Calypso Rose has gifted the THA her entire archive spanning the beginning of her career to present as well as all of her awards. Dr. Winston “Mighty Shadow” Bailey's archive will also be on display at the museum exhibit.

The exhibition will also provide an avenue for students to access relevant information on both Calypso Rose and the Mighty Shadow while cultural practitioners will have yet another avenue to showcase their talents and skills.

“The project will be implemented through the use of theatre techniques adopted from various practitioners,” the Tourism Secretary said, “and we are very excited for the gains that will be achieved from such a project, which is huge, and of course this will be marketed domestically, regionally and internationally.”