The work continues for Third World 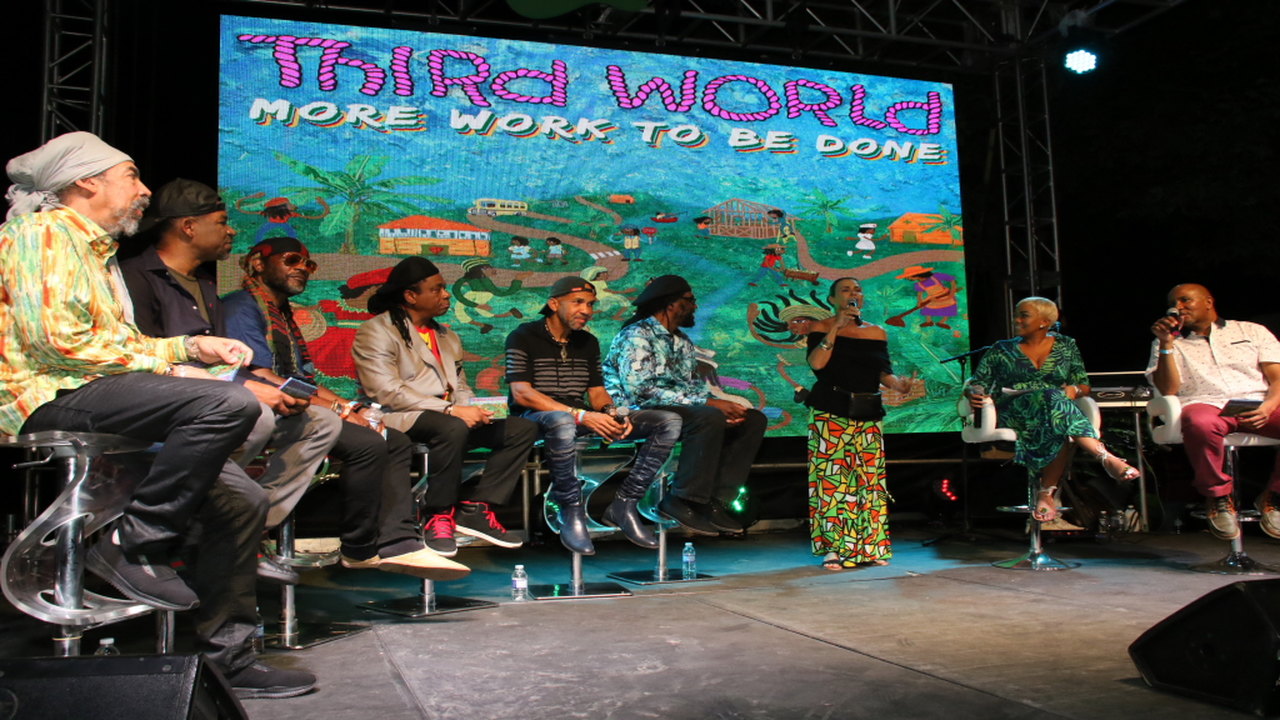 Members of reggae band Third World look on as Cindy Breakspeare (centre), mother of Damian Marley, who produced the group's latest album, 'More Work To Be Done', speaks at the launch of the project at Bob Marley Museum on Thursday. Also pictured on stage is media personality Debbie Bissoon, who served as emcee.

The six-member outfit launched their 22nd album, 'More Work To Be Done', at the Bob Marley Museum in Kingston on Thursday.

Produced by Damian ‘Junior Gong’ Marley, 'More Work To Be Done’ is an 11-track effort which features collaborations with Marley himself, Chronixx, Busy Signal, Tessanne Chin, Tarrus Riley and Pressure Busspipe. The music featured on the album is drawn from a variety of global genres and is simply classic third World.

Founding member and  bass guitarist Richard Daley said the effort came out of a desire to keep the flame burning. 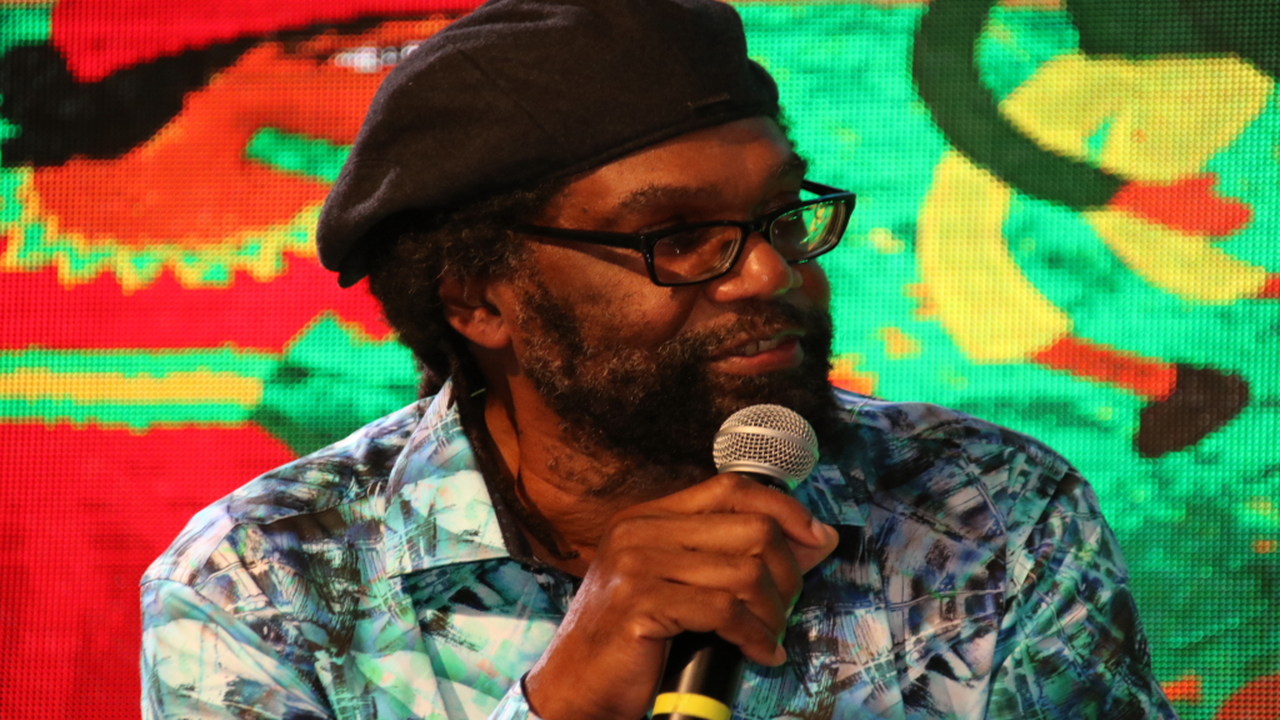 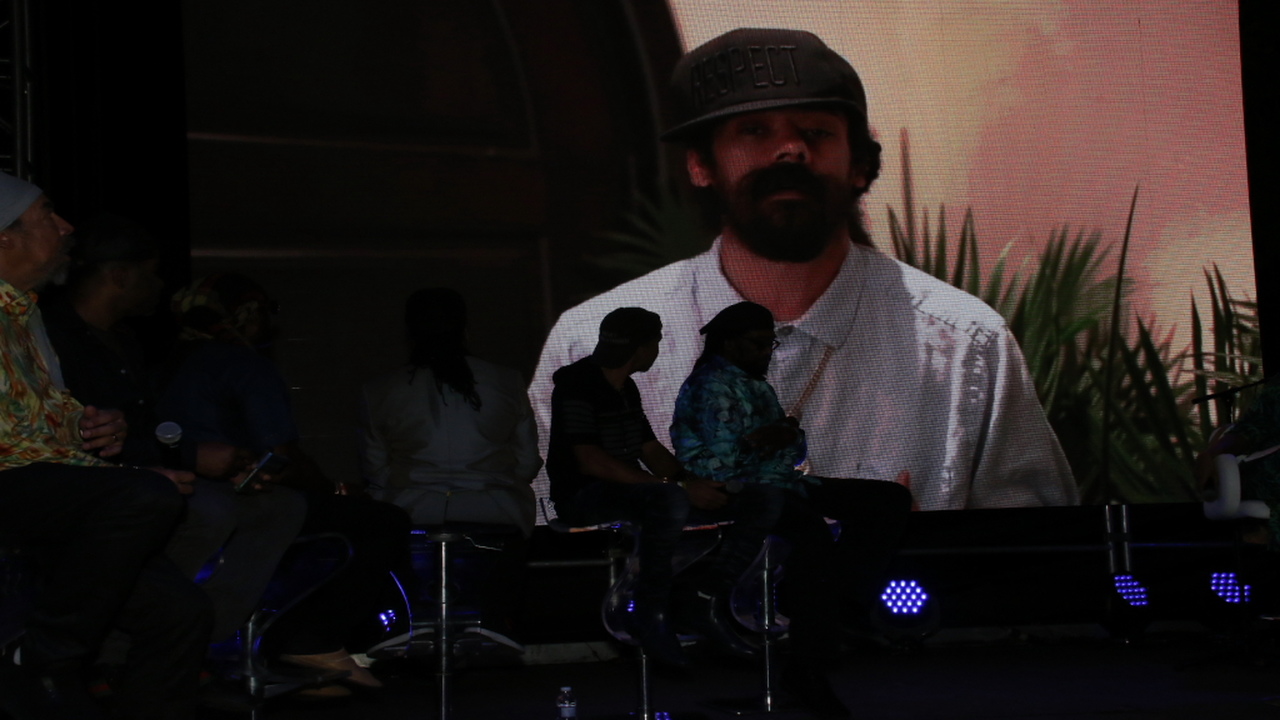 “After 45 years, you ask yourself are you done? And the answer was a resounding no. There is more work to be done,” he said.

Daley said, since the death of acclaimed lead singer William ‘Bunny Rugs’ Clarke in 2014, singer AJ Brown has filled the gap admirably and the band has not missed a beat even though Clarke’s death still smarts.

Brown himself is a renowned songwriter and told Loop News that he was proud to have been involved in penning some of the singles on the latest offering.

“My time with Third World has been most fulfilling and it is an honour to be able to assist in writing some of the songs on this album. Yes, there is more work to be done,” he told Loop News. 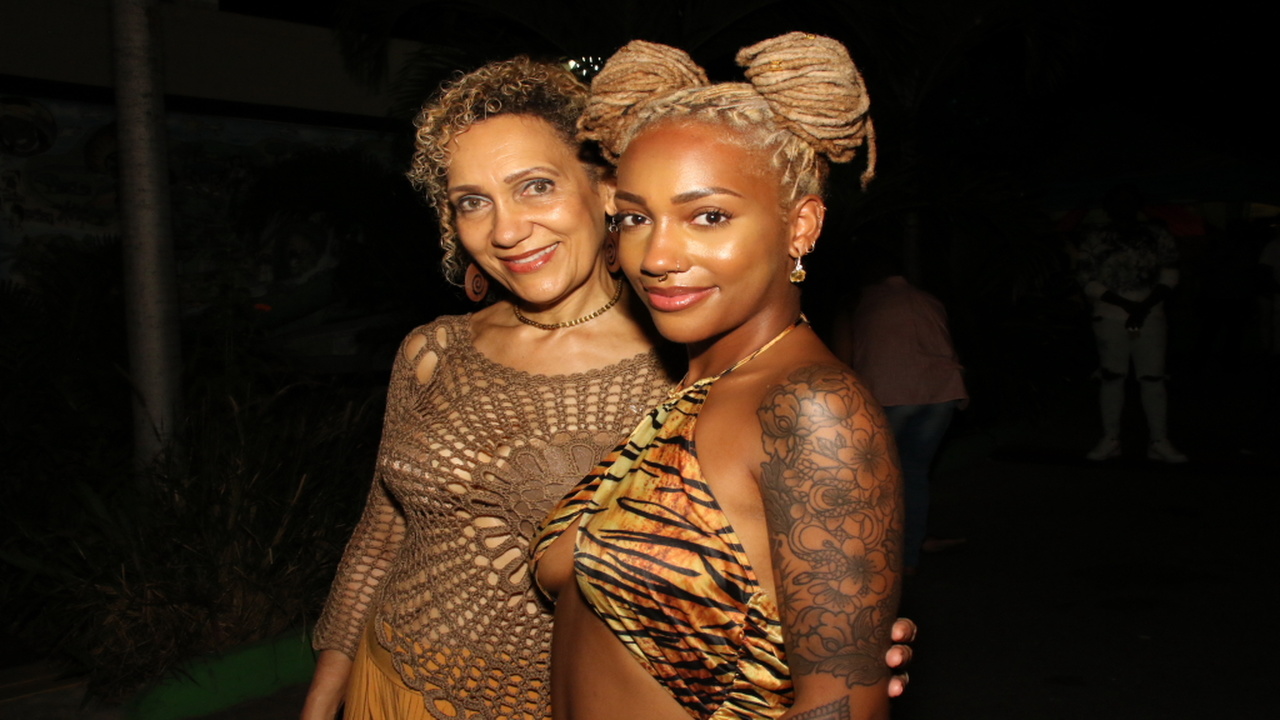 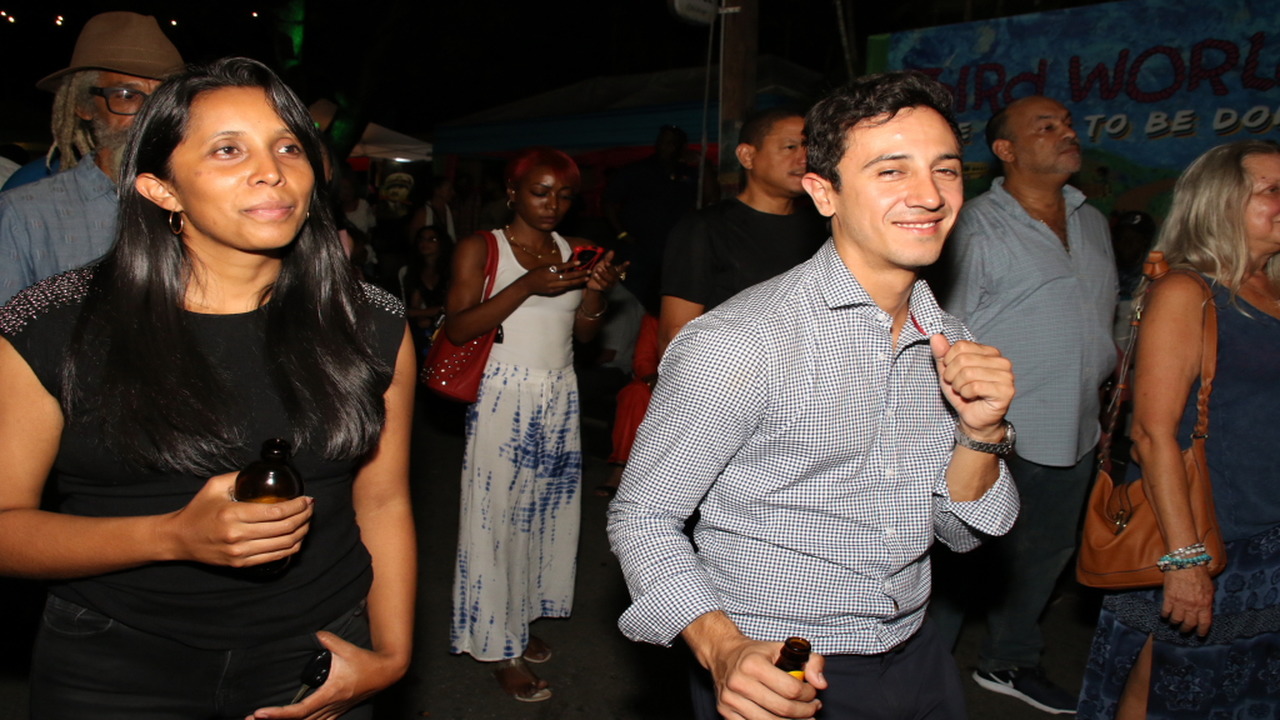 The band has already released the single 'Na Na Na' featuring Chronixx, but those in attendance at the launch were all gung ho over the track featuring 'Junior Gong' entitled 'You’re Not The Only One'.

Other songs include the title track, 'Work To Be Done'; 'People Of A Different Colour' featuring Pressure; 'Hear Us Out'; 'Yimmasgan'; 'Island Dreams' featuring Tessanne Chin and Tarrus Riley; and 'Third World Keeps Turning'.

The album will be available on compact disc, cassette and vinyl as well as all digital platforms.