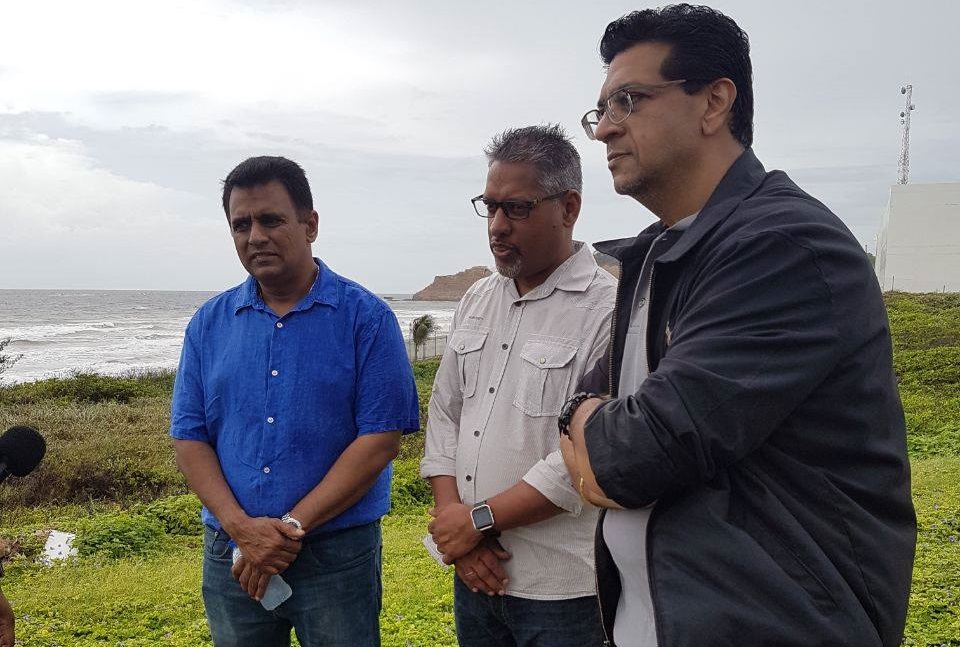 Works and Transport Minister Rohan Sinanan said his Ministry will work to combat the erosion currently affecting parts of Mayaro.

Sinanan, Agriculture, Lands and Fisheries Minister Clarence Rambharat and Mayaro MP Rushton Paray, along with a technical team from the Coastal Protection Unit, toured the area on Thursday to assess the infrastructural and coastal rehabilitation works needed.

The group examined the areas in need of urgent repair and rehabilitation.

Sinanan said coastal erosion is being treated as a priority and assured citizens that the Ministry will prioritise projects in this area to ensure that communities are not severely affected during the rainy season.

He also pledged to allocate an additional team of persons to the area to increase drainage work as well as the implementation of key initiatives to combat against further coastal erosion in Mayaro.

Paray raised the issue earlier this week, pointing out two areas where severe erosion has been occurring in the Guayaguayare Bay area, including several houses which were at risk of falling into the ocean.