When my second son was two, he had a serious meltdown over a hole in the middle of a slice of bread in his sandwich.

I stood there staring at him, horrified and unsure of what was happening. Yes, it could have been the Terrible Twos raring its head but the voracity of his cries had my head swirling.

The meltdown stopped when I cut his bread in half, declaring, in a dose of inspiration, that my magic powers took the hole away.

He ate it without a whimper.

Through the years, there have been other incidents that left me scratching my head in wonder like that time I bought a different colour in our favourite soap brand and he had a meltdown because he didn’t understand why the soap wasn’t green as it always was.

Then there was his refusal to talk to his teachers the entire three years he was in preschool.

It wasn’t until Standard Three that his father and I were forced to acknowledge something was amiss.

His teacher, trained in special needs, advised us to get him tested because she thought something was wrong.

Everything suddenly made sense - the meltdowns when he became overstimulated or there were changes he was not prepared for, the need for routine, the dislike for crowds and noise, the way he would just stare when introduced to people he does not know, the lack of coordination, his creativity and a newfound love for art.

Parenting is challenging and even more so when you have a special needs child.

I have grappled with whether or not he should even know he is Autistic, would that label hurt him or make him a victim in school, would it hurt his self-esteem or would he use it a crutch?

I have grappled with helping him to learn.  He is 11 and preparing for SEA. He prefers to spend his time drawing than doing past papers. He is bright and very intelligent but lacks focus, his hands hurt with all the writing. Should I even let him write the exam? What is the alternative?

I worry about him adapting to secondary school. How would he fare with the noise, the bustle of students bigger than him, would he be a target for bullies? Would the teachers understand why he seems so spaced out all the time?

When you become part of the special needs world, you meet other parents with the same challenges and they provide a ton of support and advice.

Debra Bartholomew is one of those parents who inspires me.

Debra is the mother of two. Her eldest son Rowan is autistic.

Rowan, a 16-year-old Form Five student of Queen’s Royal College in Port-of-Spain is a talented young man who plays the trombone and looks forward to a career in music.

Rowan was diagnosed as Autistic at the age of three. 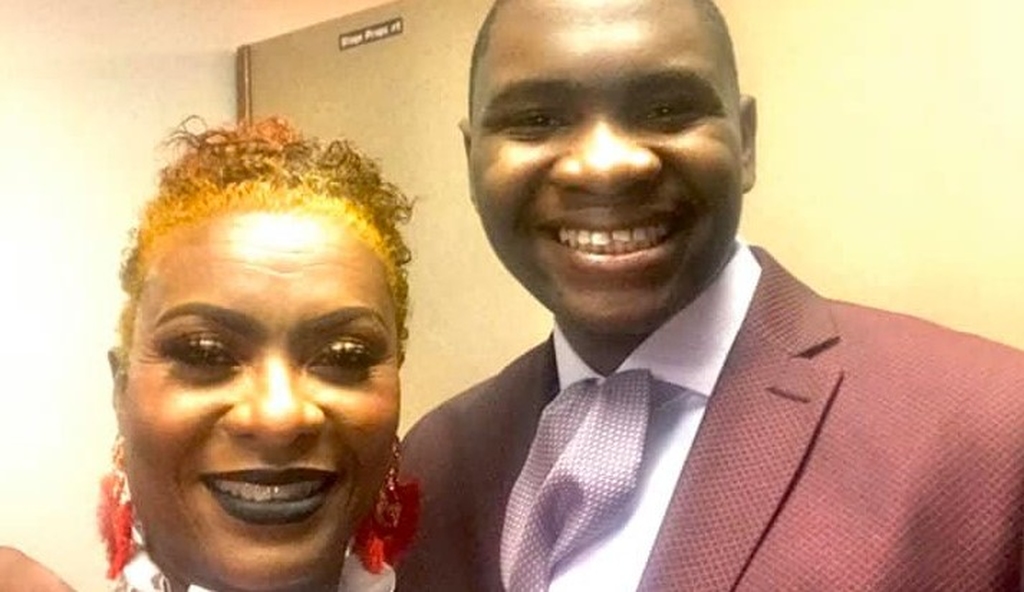 Debra Bartholomew and her son Rowan

Although he was already enrolled in a Montessori school, Rowan was deemed by a psychologist to be unable to attend a regular school.

Debra enlisted the advice of a Special Education Consultant by the name of Teresa Blaize who spent a week at Rowan’s school to assess him.

She discovered that the teachers didn’t know how to deal with him and he was left to his own devices playing in the toilet and in dirt.

With the specialist’s intervention, Rowan blossomed and went from not being in class at all to sitting down in assembly, which used to create the most amount of anxiety in him because there were too many people together.

“She taught me a lot about Autism and how important a routine was.  I routinised Rowan and that is where he found his comfort. I did social stories, for going to school, going assembly, for going to the bathroom. You come up with a scenario…I wrote it and drew it out.  You put in things that he would actually do…and it always ended on a happy note,” Debra said.

“So the social stories were one of the things we put in place. At home, we made sure he had a routine. Monday afternoon, 3 pm we come home, have a shower, I put in snack time, I would put in reading, we introduced choice and as time went along he could choose whatever he wanted. It was really tough.”

She said the teachers also learned how to teach Rowan by watching Blaize at work.

The lessons learned helped Debra to implement strategies to help Rowan through school in India and later Libya and the United Kingdom where the family travelled for her now ex-husband’s job.

It was in India that Rowan’s ability to grasp languages came to the fore.

Debra used social stories to aid her son with school

Debra said he was topping a Hindi class even though he barely attended and was able to read signs in Hindi when they went out.

Back in Trinidad after almost five years, she struggled to get Rowan into a school and even when she found a special needs school in Diego Martin to accept him, their method of teaching left much to be desired and she, always being very hands-on, worked with the teachers.

It was at Rowan’s insistence that Debra allowed him to write the SEA exams. With processing speeds way below his years, she used music to help him with his creative writing when she discovered that he visualised images of people and scenery when he heard a song.

Today, Rowan is getting prepared to write eight subjects at CSEC including English B.

“You have to be open, it is hard eh,” she said of her experience. “People tell me I am patient, I don’t know where that came from because I am one of the most impatient people I know but sometimes the smallest, slightest, simplest thing that makes a difference.”

To other parents of Autistic children, she said: “Remember that regardless of what you are told or feel, they have the biggest hearts of anybody and it is a learning experience for them and you too. When you embrace them, it is the unlocking of the most amazing person that you will meet.”